In the first reading, Russia's lower house voted in favor of tightening the law against "LGBT propaganda". 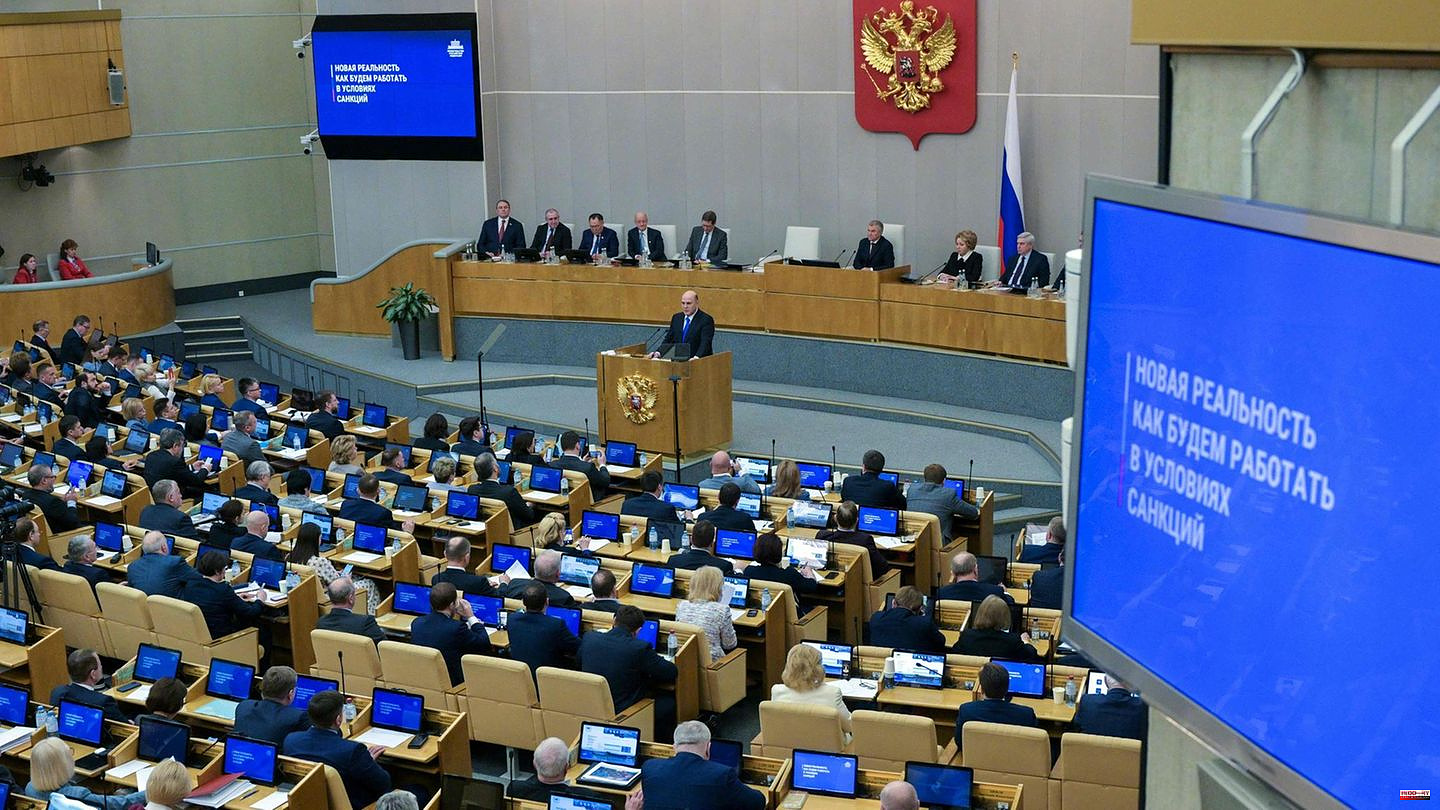 In the first reading, Russia's lower house voted in favor of tightening the law against "LGBT propaganda". The vote "on changes to the legislation relating to the propaganda of non-traditional sexual relations" was unanimous, the parliament announced on its website on Thursday. In the future, among other things, the "denial of family values" should also be punished.

The Duma must now hold two more readings and then approve the upper house before President Vladimir Putin signs the new law. These steps are usually a mere formality.

The law banning "LGBT propaganda" against minors came into force in 2013. It provides for high fines if positive comments about homosexuals are made in the presence of minors. Now this should also apply to the "promotion of non-traditional sexual orientations" among adults and the "denial of family values". "Information that could lead to the desire for a gender change" in minors should also be prohibited.

The law will apply to the media, internet, literature, cinema and advertising. "Films that promote non-traditional sexual relationships will not get a license," the Duma warned.

LGBT is the English abbreviation for lesbian, gay, bisexual and transsexual. Kaley Cuoco: Happy with the pregnancy