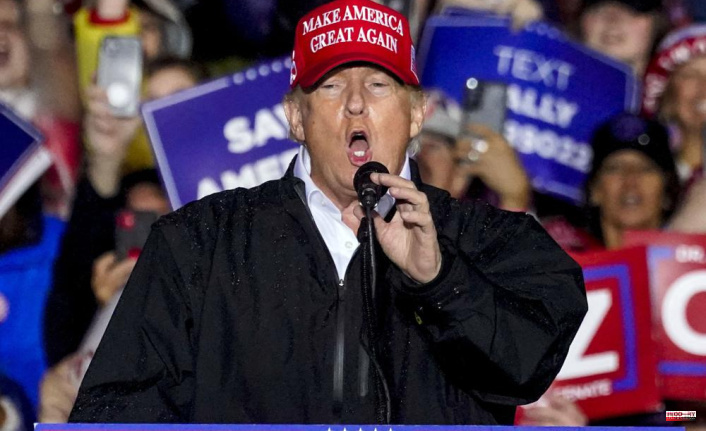 On Friday, Donald Trump's lawsuit against New York Attorney general Letitia James was dismissed by a federal judge. This rejected Trump's claim that she had targeted him because of political animus. She also allowed her civil investigation into Trump's business practices to continue.

U.S. District Judge Brenda Sannes ruled that federal judges cannot interfere in state-level investigations under case law, with some exceptions. There was no evidence to support Republican's claim that James, a Democrat was acting in bad faith due to their divergent political views.

Sannes, a Democrat who was appointed by former President Barack Obama in 2014, stated that James had a valid basis to investigate Trump and his company, The Trump Organization. Trump also failed to prove that the recent court proceedings to enforce subpoenas against him were "commenced with the purpose of retaliation."

Sannes wrote that James' statements about Trump "make it clear she disagrees vehemently" with his political views. However, Trump and his lawyers failed show any connection between her views and the way the investigation has been conducted.

Sannes stated, "The fact that James' public statements reflect personal or political animus towards (Trump), is not sufficient."

James hailed Friday's decision as a "big win" over a "frivolous lawsuit. Sannes' decision was made one day after a New York appeals court ruled Trump must answer questions under penalty of perjury in James' probe. This upheld a lower court ruling that required Trump to take a deposition.

James stated in writing that "Time and again, the courts have shown clear that Donald J. Trump’s baseless legal challenges can’t stop our lawful inquiry into his and The Trump Organization's finances dealings." Donald Trump is not an exception to the rule. "No one can choose how the law applies in this country. We will not stop this investigation, as we have stated all along.

Alina Habba (Trump's lawyer) questioned Sannes' reasons for dismissing the suit, pointing out the legal precedent at issue, and stated that they would appeal to the U.S. Court of Appeals.

Habba stated, "There is no doubt that we will appeal this decision." "If Ms. James’s egregious conduct or harassing investigation doesn't meet the bad faith exception of the Younger abstention doctrine then I can't imagine a scenario that would."

In December, Trump sued James, using a common, but rarely successful, strategy of litigation to try to end the three year investigation that James claims revealed evidence Trump's company misrepresented the value of assets such as skyscrapers or golf courses in financial statements over a period of more than a decade.

Trump filed the lawsuit shortly after James issued subpoenas to him and his two oldest children, Ivanka (and Donald Jr.) to depose testimony in James’ probe.

Trump requested an injunction to stop James from investigating him. She also prohibited her from participating in any "civil and criminal" investigations of him or his company. This includes a parallel criminal investigation being conducted by Alvin Bragg, Manhattan District Attorney. James' office was involved in both the civil and criminal investigations, even though they are separate. Trump also requested that a judge declare that James had violated his due process and free speech rights. Habba stated at a May 13 hearing that they are just avoiding subpoenas.

Trump has maintained that the New York investigations have been politically motivated. His lawyers claimed that James violated his constitutional rights in an "indirect attempt to publicly malign Trump" and his associates.

According to the lawsuit, James was accused of having "personal disdain for Trump," pointing out numerous statements she made about him, including boasting that her office had sued Trump's administration 76 times, and tweets that she sent during her 2018 campaign, that she had her "eyes" on Trump Tower and that Trump was "running short of time."

James' office replied that the lawsuit was a "collateral assault" on her investigation. This is after Trump had previously agreed to turn over his 2014-2019 income taxes to her office. His company also provided more than 990,000 documents and testimony of more than a dozen former and current employees.

1 Environment. The rise of professional retraining is... 2 Biden tells Putin that NATO-ized Europe has been declared... 3 WHO: There have been nearly 200 cases of monkeypox... 4 Education. From May 30th to June 3rd, schoolchildren... 5 High mountains. Drownings: A mother and her son were... 6 As profits rose, CEO salaries rose 17% in 2021; workers... 7 Marc Silverstein and Busy Philipps Have Separated... 8 Star Wars Jedi: First Trailer Released and Star Wars... 9 Shanghai lockdown: Some residents demand their release 10 UK's Dunblane mourns Uvalde and fears that nothing... 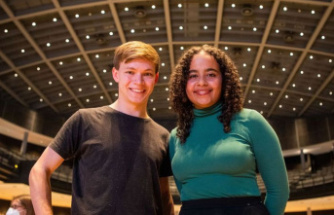 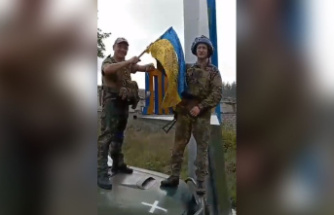 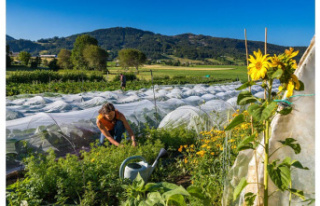 Environment. The rise of professional retraining is...