Transparent show: Putin stages coffee parties with soldiers' mothers - who turn out to be loyal personnel

"We're starting today with a sensation. 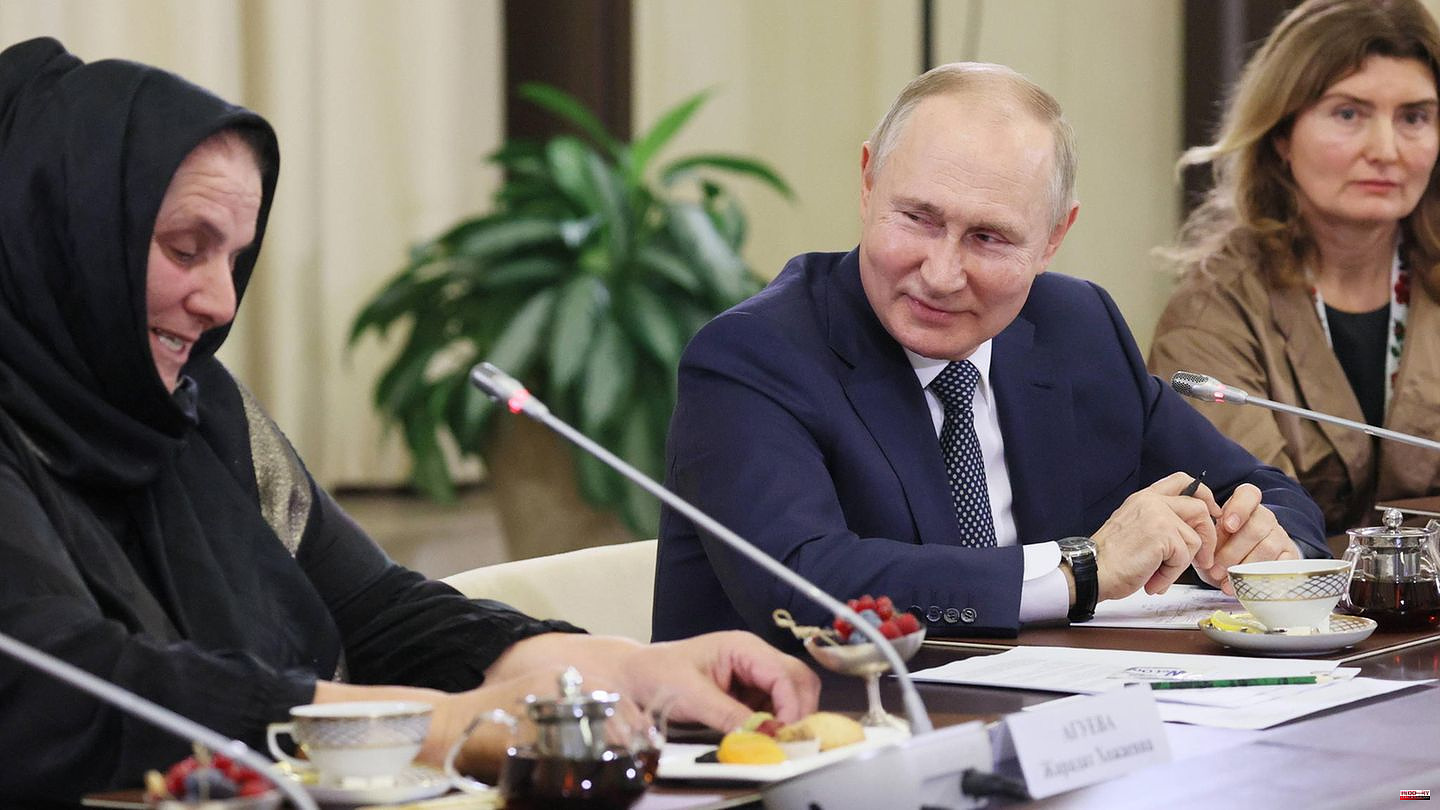 "We're starting today with a sensation. Or a piece of news that no one knew about until now: Putin personally calls the front and talks to soldiers in the trenches." With this self-declared sensational information, Olga Skabeeva began her propaganda program "60 Minutes" on Friday evening. The source of this sensation: Putin himself.

Earlier in the day, the head of the Kremlin hosted a coffee party at his residence in Nowo-Ogaryovo. 16 women were allowed to sit at the table with Putin. They were introduced to the public as soldiers' mothers. Mother's Day has been celebrated in Russia since 1998 on the last Sunday in November. The Kremlin boss took this as an opportunity to give his guests a short lecture about motherhood and heroism over tea and cake.

After all, the sons of the women sitting at his table are true heroes, Putin assured. "I spoke to some guys directly on the phone. Those I spoke to surprised me with their mood, their attitude towards the matter. They didn't expect my calls," Putin said with a smile.

A Putin ringing the bells on the men he is sending into the trenches in Ukraine without weapons, preparation or equipment? In order to swallow this story, you have to be a die-hard propagandist from Olga Skabeeva's ranks - or an appointed soldier's mother. Like those who were allowed to sip tea with Putin in Nowo-Ogaryovo.

Even before the meeting, it was clear that Putin had no intention of opposing real soldiers' mothers. Representatives of organizations such as the Soldiers' Mothers Committee and the Association of Soldiers' Mothers and Wives were simply not invited to the President's meeting. Their criticism of the conduct of the war was too loud. Her questions were too dangerous.

Instead, Putin was faced with tried and tested personnel. Some of the women pretending to be soldiers' mothers appeared uninhibitedly in uniform. Others turned out to be members of the ruling United Russia party, officials or members of pro-government organizations.

A certain Olga Beltseva took a seat at Putin's table - a deputy from the party "United Russia", deputy director of the recreation and sports center "Junost" and a member of the Council of Deputies of Moscow's Otradnoye district.

Among the invited guests was Julia Belechova, head of the Executive Committee of the Moscow branch of an organization called the All-Russia People's Front - a coalition of nationalist-conservative organizations founded by Putin himself in May 2011. Since 2013, the Kremlin boss has been at the head of the coalition, also known as the "National Front for Russia".

Marina Migunova and Irina Tas-ool also traveled to the meeting with Putin. The former is a member of the Public Chamber of the city of Orekhovo-Zuyevo, not far from Moscow. The other is an official from the Russian Republic of Tuva, head of the Department of Family, Youth and Sports in the Kaa-Khemskiy District Administration on the border with Mongolia. The trip from Tas-ool to Putin was even announced by the governor of the Republic Vladislav Khovalyg, thereby confirming the personnel. The eldest son of his subordinates served in the military, Khovalyg claimed. He left open whether he was one of the professional soldiers or one of the mobilized. Likewise, the question of whether he is also in action.

The place of honor on Putin's left was given to director Olesya Zhigina, who mainly shoots orthodox patriotic films. And to the right of the Kremlin boss sat a woman named Zharadat Aguewa, a member of the so-called Chechen "aristocracy", wrapped in a black headscarf. Her sons are high-ranking security officials: the commander of the West Ahmat Battalion Ismail Aguev and the head of the Kurchaloy District Internal Affairs Department Rustam Aguev.

"My father fought the whole war from 1941 to 1945 and came back with a victory. We waited a long time for this event, we walked a difficult path, we lost people we love. But we don't have hope lost that we will return to Russia, home. And this happy event has come true," she enthused. It was not clear whether she was talking about victory in World War II or the annexation of the eastern Ukrainian territories.

But that's on purpose. If the Kremlin has its way, the one should merge with the other in the minds of the Russians. For years, Putin has tried to put his warmongering on a par with the glorious victories of bygone days.

On Friday evening, Olga Skabeeva specified how the audience is to interpret his latest production - so that there is no confusion at all. "Putin thanked the women for the fact that their sons are defending our country, our homeland. He called them all heroes and said that he shared with the entire government of the country the pain of separation or loss felt by the mothers of our soldiers very soulful words of the president. And a very honest president, with great compassion and even pain in his voice," the propagandist explained to the audience before they got to see the theater from Nowo-Ogaryovo. 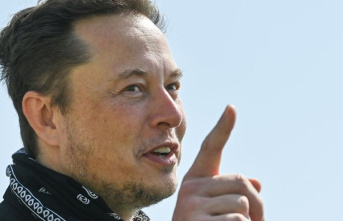