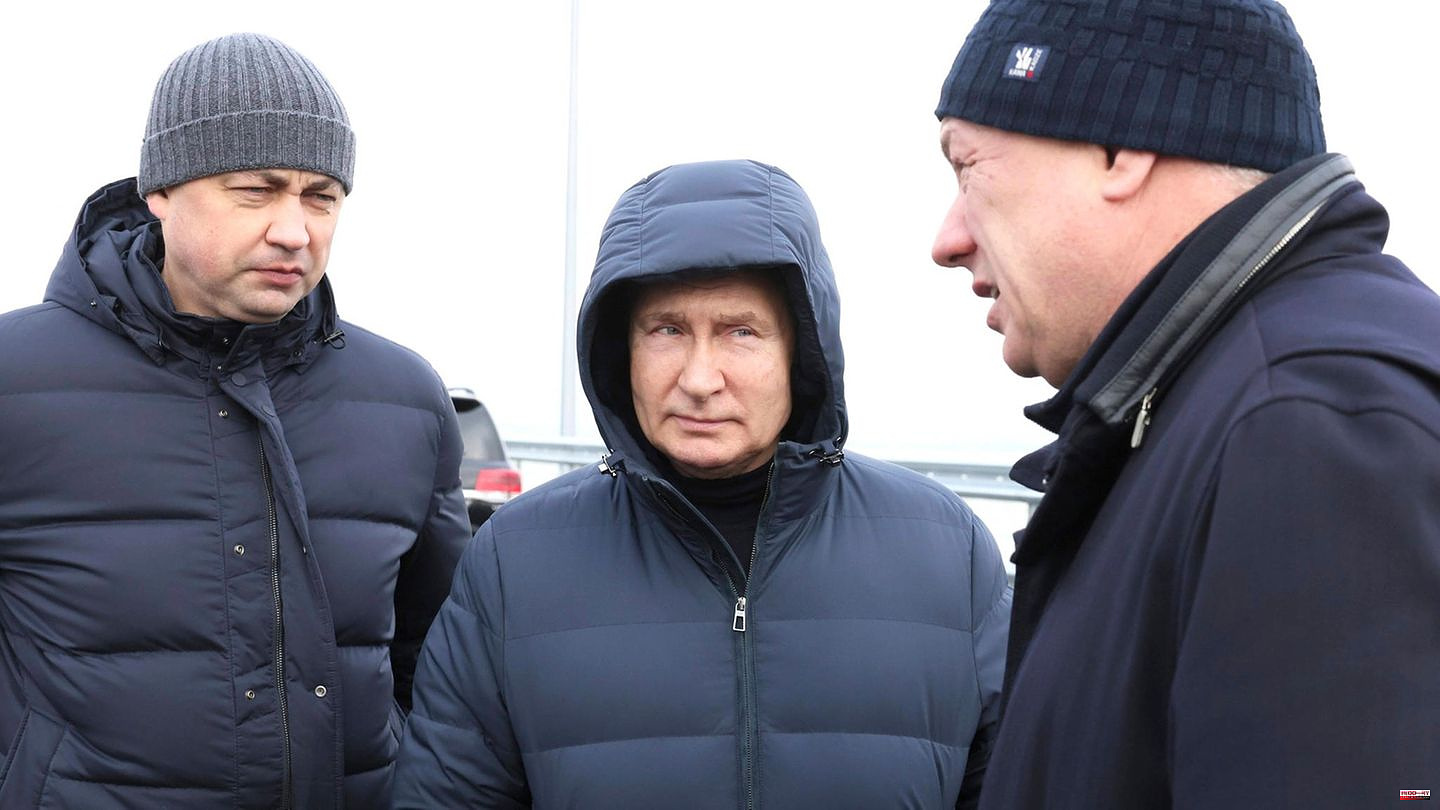 The Crimean Bridge is Vladimir Putin's favorite flagship project. Building across the Kerch Strait is the concrete symbol of what Putin considers his greatest geopolitical achievement: the illegal annexation of Ukraine's Crimea peninsula. When an explosion shook the bridge in the early morning of October 8, the walls of the Kremlin also shook.

What exactly led to the explosion has not been clarified to this day. While the Kremlin hastened to publicize its version of the story, this account is fraught with contradictions and inconsistencies. (Read more about this here.)

Regardless of how the explosion happened, the moral blow suffered by the Putin regime was severe. "The  Crimea Bridge symbolizes that Crimea is not a peninsula but part of Russian land," said lawyer and activist Mark Feygin, explaining the symbolic meaning of the only land connection between annexed Crimea and mainland Russia. In recent years, the bridge has become a veritable national treasure.

The regime rushed all the more to restore the symbolic connection. Finally, last Monday, the time had come. The Russian state television was allowed to present the repaired bridge to the viewers.

"This news is really important!" Olga Skabeeva began her broadcast on Monday evening in her usual barking manner. "We have just received these exclusive recordings. Look! After the terrorist attack perpetrated by the Kiev regime, Putin personally inspected the Crimean bridge!", the propagandist announced what appeared to be the most important news in the first few breaths of the program "60 minutes". of the day.

The FSB established that the Ukrainian secret service chief Kyrylo Budanov organized the attack, Skabeeva claimed. But the bridge could even be repaired ahead of schedule. "Putin arrived on site today and drove across the bridge behind the wheel of a car!" the show host announced as if Putin had performed a heroic deed.

After this big announcement, viewers got to see a Putin behind the wheel of a Mercedes, leisurely chugging across the Crimean Bridge. Russian Deputy Prime Minister Marat Chusnullin sat in the passenger seat and lectured like a schoolboy about the repairs to the building.

"For Putin, his presence on the Crimean Bridge means the end of a chapter in the Ukraine war," political scientist Mikhail Komin told independent broadcaster Dozhd. "He wants to show that everything that Ukraine might have wanted to achieve has not been achieved."

Almost at the same time that Putin was inspecting the Crimean Bridge, Russian bombs were falling on Ukraine again. "It was no coincidence. It was important to show that there was a connection," said the expert. The Kremlin says quite openly anyway: The bombing of civilian critical infrastructure is revenge for the explosion on the Crimean bridge. "Therefore, even today it was important to launch a few dozen rockets at energy facilities," Komin summarized the Kremlin's logic.

But even if Kremlin propaganda tries to sell Putin's visit to the Crimean Bridge as a heroic act, the appearance raises more questions than it provides "exclusive" pictures. Ever since invading Ukraine, Putin has been promising his people a visit to the front lines, or at least to the annexed Donbass. Just last week, his spokesman Dmitri Peskov had to console him again: At some point, Putin will visit the Donbass, he assured. But the Russians will obviously have to wait a long time for this at some point. The extreme border that Putin dared to venture to is the Crimean Bridge.

All well-known politicians were at least in the safe vicinity of the front line - most recently Moscow Mayor Sobyanin had himself staged there. Only Commander-in-Chief Putin can't bring himself to visit his troops and the territories he so proudly declared Russian. Or rather his protection service FSO.

"If the security system around the president would allow him to visit the Donbass, he would do it," suspects political scientist Komin. "Because we know that Putin has a very great weakness for symbolism. But for such a visit to take place, one would need very far-reaching guarantees that "no rocket will fly that far and no assassin will get that far." The FSO must eliminate all risks , which could threaten Putin: "It wouldn't be such a shame to go there for Sobyanin."

As long as this is the case, propaganda has no choice but to sell a ride in an armored Mercedes as a heroic act. But it is precisely this detail that demonstrates the absurdity of Putin's propaganda. After all, the Kremlin and all its mouthpieces have been preaching for years that all the achievements of the West will be replaced by their own. When Putin opened the Crimean Bridge, he drove a truck made by the Russian manufacturer Kamaz.

Now, however, Putin is forgoing a patriotic show - in favor of his security. Contrary to Dmitri Peskov's claim that the Mercedes was just around the corner, the choice of car was by no means accidental. She was a compromise. "If the entire procedure had been left to the presidential administration, the whole thing would have been made far more patriotic," Komin is certain. But the appearance shows nothing but contempt for Putin towards his theoretical voters.

Gone are the days when Putin tried to sell his people an ideal. Image issues no longer bother him. "The only thing that concerns him at the moment is when he will announce general mobilization," says Komin. 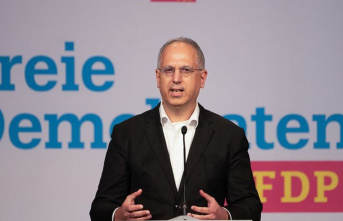