"State of the Union": Von der Leyen proposes excess profit taxes for energy companies: "The coming months will not be easy"

Against the background of the Ukraine war, EU Commission President Ursula von der Leyen has vowed the citizens of the European Union to face difficult months. 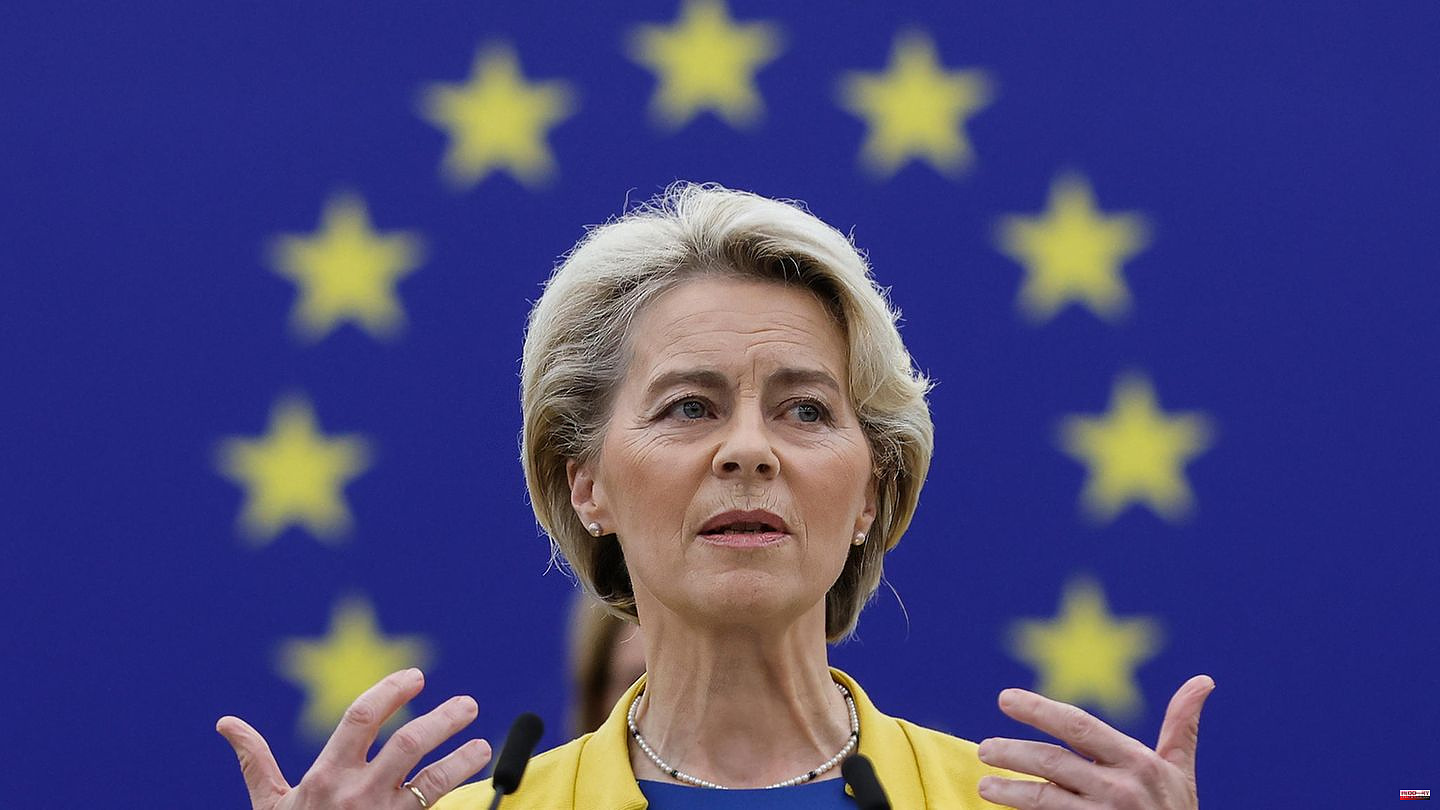 Against the background of the Ukraine war, EU Commission President Ursula von der Leyen has vowed the citizens of the European Union to face difficult months. "The coming months will not be easy," said the German politician on Wednesday in her speech on the state of the EU in the European Parliament in Strasbourg. "Neither for families who have difficulty making ends meet, nor for companies that have to make difficult decisions about the future."

There is a lot at stake not only for Ukraine, but also for Europe and the whole world. "We will be put to the test," von der Leyen said. Russia's war is not only a war against Ukraine. "This is a war on our energy supplies, a war on our economy, a war on our values ​​and a war on our future." Autocracy fights against democracy. She is firmly convinced that with courage and solidarity, Russian President Vladimir Putin will be defeated and that Europe will ultimately gain the upper hand.

To relieve consumers, excessive profits from energy companies in the EU are to be skimmed off and redistributed in future. Von der Leyen announced a legislative proposal against the high energy prices, which would affect both producers of renewable electricity and gas and oil companies. "Our proposal will bring more than 140 billion euros for the member states to cushion the emergency immediately," said the EU Commission President.

According to von der Leyen, the proposed law stipulates that excessive profits from many electricity producers should be distributed to consumers in order to relieve them of the high costs. The price of electricity is currently being driven by the high price of gas, and producers of cheaper electricity - such as from the sun, wind, nuclear power or coal - can also sell it at the high prices. Companies that do not produce electricity from gas should give away part of these profits. According to a draft, revenue from 180 euros per megawatt hour should go to the state. Relief measures are to be financed from this money. The federal government has supported similar measures.

According to von der Leyen, gas and oil companies should also make their contribution through a crisis levy. According to the draft, they should pay a solidarity levy of 33 percent on profits for the current year, which were 20 percent above the average for the past three years.

Last Friday, the EU energy ministers also called on the Commission to submit proposals for a price cap for gas and for liquidity support for energy suppliers. Von der Leyen announced that measures will be developed that take into account the specifics of relationships with suppliers. On the second point, she said that the state aid framework would be changed in October to allow for guarantees. Work is also being done on a long-term reform of the electricity market.

Von der Leyen also announced that electricity producers who generate their electricity from fossil fuels should pay a "crisis contribution". Member States should reduce their power consumption at peak times.

The President of the Commission confirmed to the parliamentarians that, in addition to these short-term measures, her authority was planning "a profound and comprehensive reform of the electricity market". "The current electricity market design based on the merit order principle is no longer fit for purpose," she said. "We need to decouple the dominant influence of gas on the price of electricity."

The ministers will meet again in Brussels on September 30th to then decide on the legislative proposals of the EU Commission.

In addition, according to the head of the EU Commission, Russia cannot expect the EU sanctions to be lifted in the foreseeable future. "I don't want to leave any doubt that the sanctions will last," von der Leyen said. Moscow is responsible for the fact that the Russian economy is falling behind. "This is the price of Putin's trail of death and destruction." The EU's punitive measures against Russia are the toughest sanctions the world has ever seen.

She also said that Europe has stood by Ukraine since day one and will continue to do so in the long term. The country was helped with weapons, financial support and the admission of refugees. "So far, Team Europe has provided financial aid of more than 19 billion euros," said von der Leyen. This does not include military support.

To underline his support for Ukraine, von der Leyen wants to travel to Kyiv this Wednesday and meet with Ukrainian President Volodymyr Zelensky. Von der Leyen said she wanted to take the opportunity "to work with Ukraine to provide seamless access to the internal market - and vice versa". She wants to discuss this "in detail with President Selenskyj".

In her speech in the European Parliament, which received applause, von der Leyen thanked Selenskyj and his wife Olena for their commitment. You gave your people a voice in the Russian war of aggression and gave hope to the whole world, von der Leyen said to Olena Selenska. The Ukrainian First Lady attended the address as a guest in Strasbourg.

1 Heir to the throne: The Sandwich King: after Mama... 2 Stricter abortion law: women in Hungary will have... 3 Retinitis pigmentosa: Three children are in danger... 4 USA: 17-year-old killed her alleged rapist – now... 5 International press comments on FC Bayern-Barcelona:... 6 Terzic-PK before a duel with Man City: Haaland goals... 7 Mystery series from the creators of "Dark":... 8 After Schlesinger's resignation: SWR director... 9 Offers in September: Two panniers for 89.99 euros... 10 Royal fortune: King Charles inherits a fortune worth... 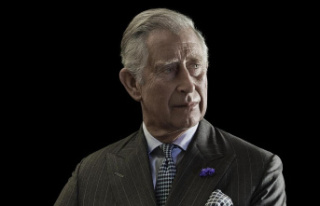 Heir to the throne: The Sandwich King: after Mama...