Speech before the UN General Assembly: "Putin is also ruining his own country": Scholz accuses Russia of imperialism 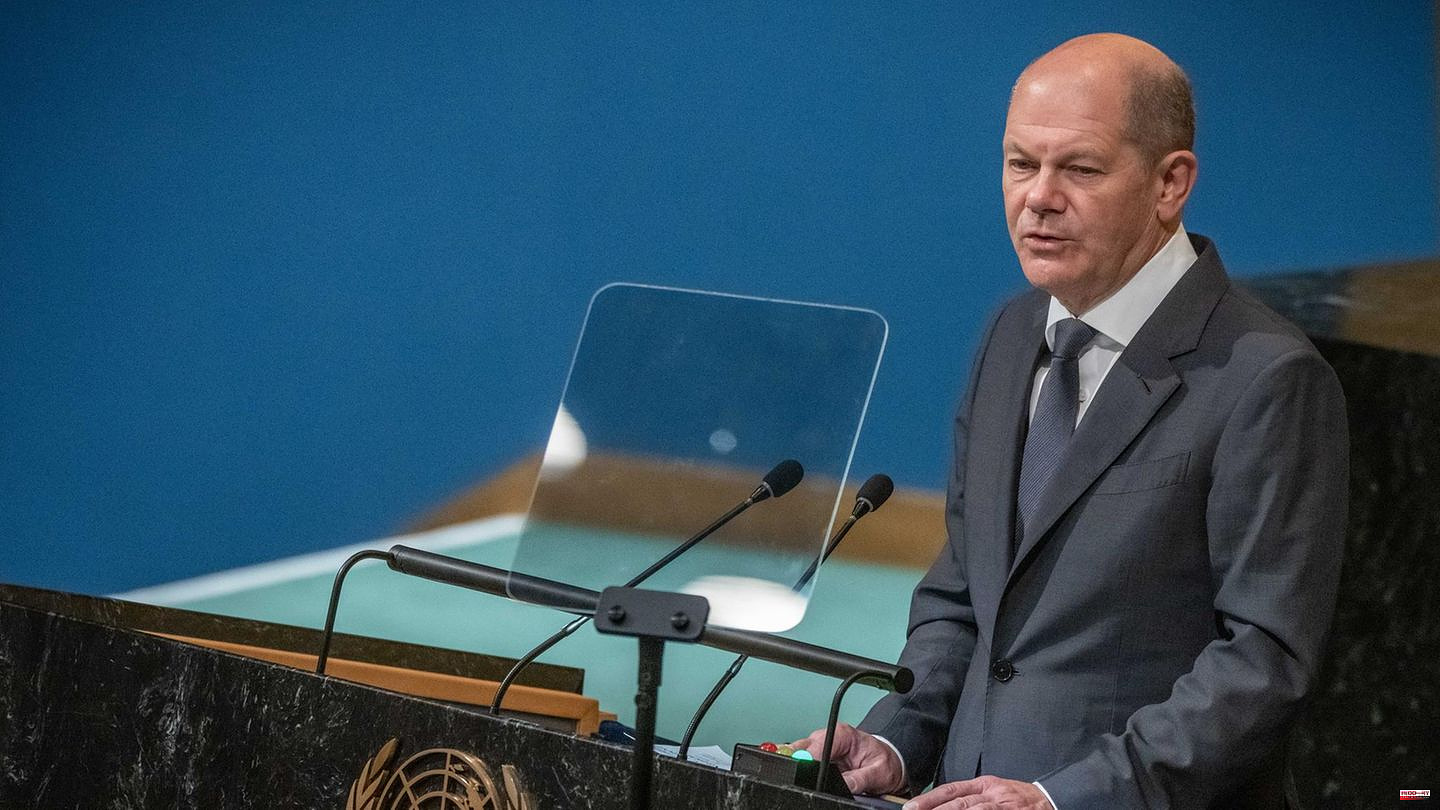 Chancellor Olaf Scholz accused Russia of "blatant imperialism" before the United Nations and promised Ukraine further support, including weapons. "(President Vladimir) Putin will only give up his war and his imperial ambitions if he realizes that he cannot win this war," said Scholz on Tuesday evening (local time) before the UN General Assembly in New York. "Not only is he destroying Ukraine, he is also ruining his own country."

That's why no Russian "dictated peace" will be accepted - and no sham referendums either, emphasized Scholz. He was alluding to the referendums planned by separatists in several Ukrainian regions that were announced on Tuesday. It is now feared that Russia could also annex these regions, as it did in 2014 in the case of the Crimean Peninsula.

Scholz had already declared the planned votes to be contrary to international law before his speech on the sidelines of the general debate. It is "very, very clear that these sham referendums cannot be accepted, that they are not covered by international law and by the understandings that the international community has reached," said Scholz. "It's all just an attempt at imperialist aggression that's supposed to be embellished."

Scholz gave his 16-minute speech mainly in German, he only spoke the first few sentences in English. It was the first of a Chancellor in the general debate of the UN General Assembly in 15 years. As one of the last speakers, Scholz did not speak until around 8:30 p.m. local time on Tuesday, when the General Assembly hall was only about a fifth full. Foreign Minister Annalena Baerbock also took a seat in the fifth row of the German delegation.

US President Joe Biden will address the general debate on Wednesday. In addition, the Ukrainian President Volodymyr Zelenskyj is connected via video. The UN General Assembly had granted an exemption for this by vote last week. Putin is represented by his Foreign Minister Sergey Lavrov.

In his speech, Scholz also advocated harsh punishment for Russian war crimes. "We have to look and act when Russia commits war crimes in Mariupol, Bucha or Irpin. We will hold the murderers accountable." Germany is doing its utmost to support the International Criminal Court and the independent commission of inquiry set up by the Human Rights Council. Putin himself did not name Scholz in this context.

Ukraine must be able to repel Russia's attack, said Scholz. "We are supporting Ukraine with all our might: financially, economically, humanitarianly and also with weapons." Shortly before the chancellor left for New York, the federal government had promised further weapons from Bundeswehr stocks, including four heavy artillery pieces of the Panzerhaubitze 2000 type.

"There is no justification for Russia's war of conquest against Ukraine. President Putin is waging it with a single goal: to seize Ukraine," said Scholz. There is only one word for Russia's actions: "This is sheer imperialism." This return of imperialism is not only a disaster for Europe, but also for the global peace order.

French President Emmanuel Macron had previously spoken of a resurgence of imperialism in his speech. "What we have seen since February 24 is a return to the days of imperialism and the colonies," he said. This imperialism "takes the form of a territorial invasion modeled on a hybrid and globalized war that uses the price of energy, food security, nuclear safety, access to information and popular movements as weapons of division and destruction".

The Chancellor only touched on China briefly in his speech. He called on Beijing to implement the UN Human Rights Office's recommendations on the situation of Uyghurs in Xinjiang. "That would be a sign of sovereignty and strength. And a guarantee of change for the better.".

In early September, the UN Human Rights Office described signs of crimes against humanity in Xinjiang. The government in Beijing reacted with outrage to the publication. Tensions between the ruling Han Chinese and ethnic minorities have long existed in Xinjiang. Uyghurs have complained of cultural and religious oppression, while Beijing has accused Uyghur groups of extremism and separatism.

In his speech, Scholz urgently appealed to the international community to protect the UN Charter - the set of rules of the United Nations. "This charter is our collective rejection of a disorderly world."

The chancellor also called for institutional reforms and renewed Germany's bid for a permanent seat on the UN Security Council. Germany is ready to take on greater responsibility - initially as one of the ten rotating members in 2027 and 2028, but also as a permanent member of the Council in the future, he said. "I ask you to support our candidacy - the candidacy of a country that respects the principles of the United Nations, that offers and seeks cooperation."

The Security Council is the most important body of the United Nations and is responsible for conflict resolution and peacekeeping. It includes 15 of the 193 UN member states. Five nuclear powers are constantly present and have the right to veto all decisions: the USA, China, Russia, Great Britain and France. Some of the other 188 member states rotate the other 10 seats every two years. For years, the body has been considered largely incapable of action on key issues due to mutual blockades by the USA, China and Russia. And a fundamental reform of the Security Council has been discussed for decades without any progress being made. 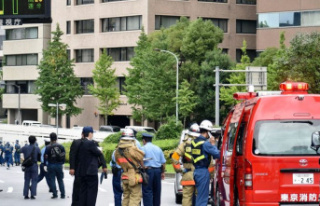 In protest: man sets fire to himself at state ceremony...