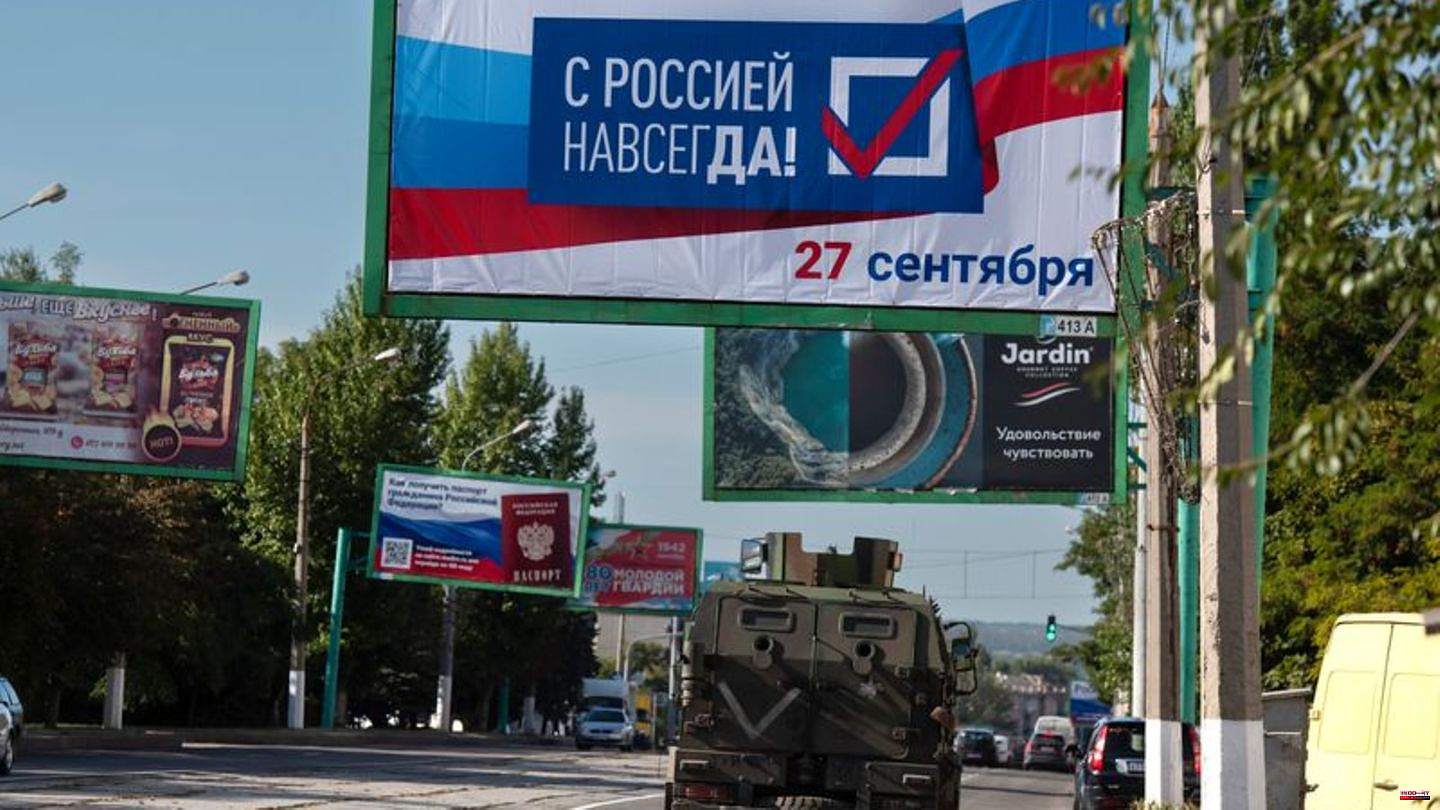 According to the organizers, a minimum turnout of 50 percent has been achieved in the occupied areas in eastern and southern Ukraine. They are sham referendums because they are held without Ukraine's consent, under martial law and not according to democratic principles. There have also been reports of people being forced to vote.

At the beginning of the sham referendums on Friday, the Kremlin had already assumed a yes for accession to Russia. Kremlin spokesman Dmitry Peskov said the process for including the regions could be quick.

Russia expects 80 to 90 percent of the people to agree to join its territory. The votes are internationally criticized as a breach of international law.

It is expected that Russian President Vladimir Putin could admit the areas into the Russian Federation as early as Friday. He had emphasized that Moscow would then treat attacks by Ukraine on the areas as attacks on its own territory and would defend itself with all means. The West is preparing new sanctions in response to the annexation.

Kremlin spokesman Peskov said: "Indeed, there are cases when the decree is violated.". "We hope that the pace of elimination will increase and that any errors will be corrected."

At the same time, Peskov emphasized that the Russian leadership had not yet made any decision on the introduction of martial law: "There are no decisions on this at the moment." If martial law were introduced, able-bodied men would no longer be allowed to leave Russia.

In parts of Russia there had recently been resistance to conscription. In the eastern Siberian city of Ust-Ilimsk in the Irkutsk region, a reservist shot the head of a draft office. This was announced by the governor of the region, Igor Kobsev, on Telegram on Monday. The condition of the "military commissar" is critical, said Kobsev. "The doctors are fighting for his life." The 25-year-old shooter, who was to be drafted into military service in Ukraine, was arrested.

According to media reports, a man set himself on fire out of desperation over his imminent conscription to the war against Ukraine. On Monday, the media outlet "Novaya Gazeta" published a video from a surveillance camera showing a person dousing himself with liquid and shortly afterwards burning his whole body. According to eyewitnesses, the burning man at the bus station in the city of Ryazan, about 200 kilometers south-east of Moscow, shouted: "I don't want to go to the front!"

Police officers are said to have extinguished the fire and the man is said to have been injured and taken to a hospital. There were different reports in the Russian media about his exact state of health. There were initially no official announcements about the incident, which is said to have happened on Sunday.

Since the partial mobilization ordered by Putin last Wednesday, there have been numerous protests, arrests and incidents across the country. 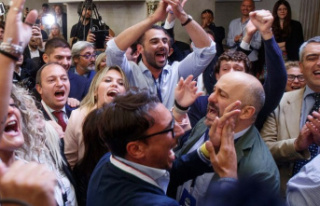