Cheering, hustle and bustle: That can also be experienced in the Bundestag - and documented in writing. 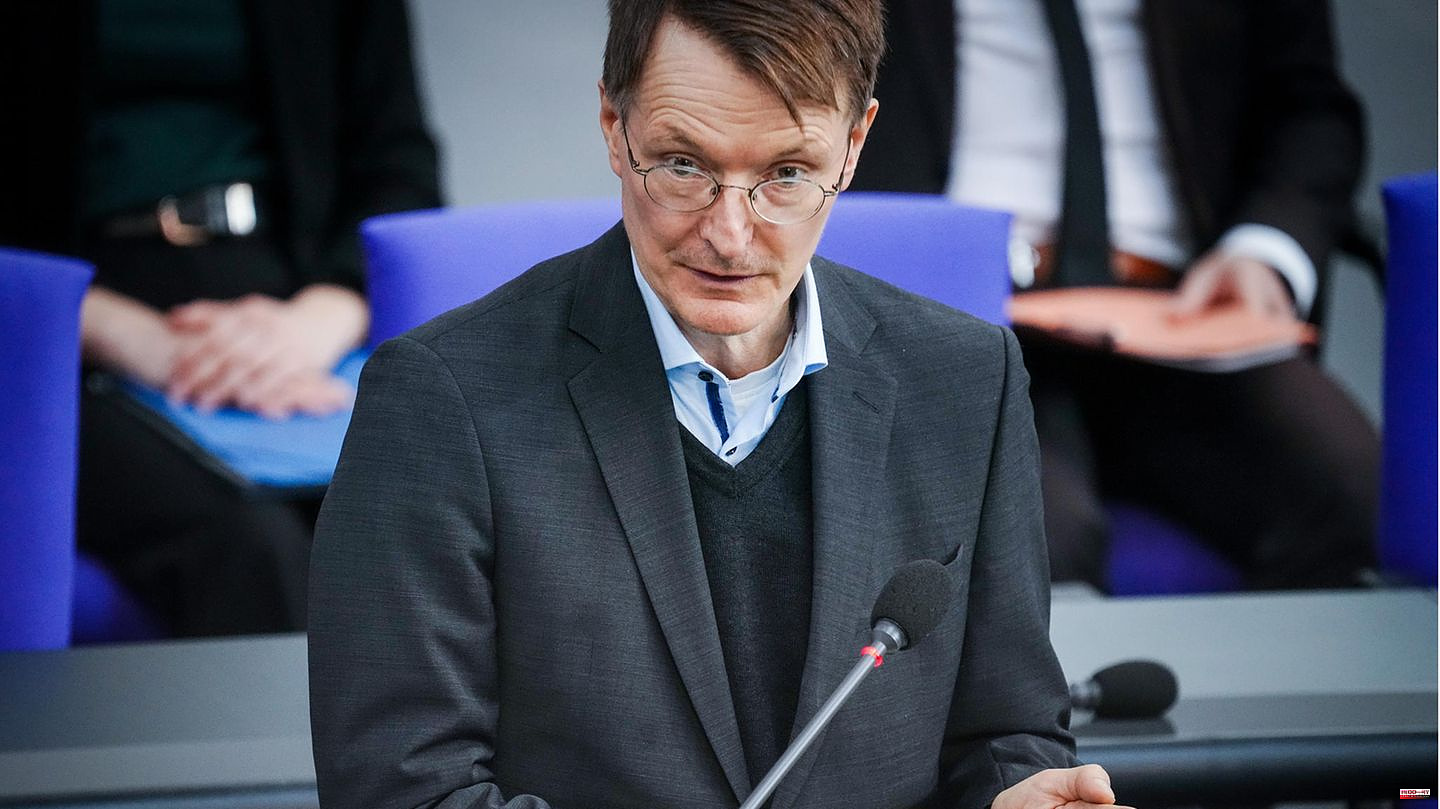 Cheering, hustle and bustle: That can also be experienced in the Bundestag - and documented in writing. Every meeting of the MPs is meticulously recorded by the stenographers, almost every word is documented, and laughter, heckling and applause are also noted.

The recordings are poured into pages of plenary minutes, which are published on the Internet by the Bundestag shortly after the debate - and sometimes bursting with strange scenes, which the Twitter channel "@Z ZwischenrufMdB" curates just as carefully.

On December 8th, it was exactly one year ago that Olaf Scholz (SPD) was sworn in as the ninth chancellor and his traffic light coalition of SPD, Greens and FDP took up government business. A look back in heckling and taunts in the House.

The Bundestag meets for its first session after the federal elections. On the official agenda are formalities such as the election of the President of the Bundestag - unofficially also the processing of the election results.

Jan Korte (Die Linke): "If I look at the Starnberg constituency, I see that we have a turnout of 80 percent there. In Saxony-Anhalt, in the Anhalt constituency, it's just 65 percent."

Marco Buschmann (FDP): "Then you have to do better advertising!"

Katrin Göring-Eckardt (Bündnis 90/Die Grünen), Vice-President of the Bundestag: "Well, now there are still a few groups here that are talking standing up (...) My request would be: Discussions outside, follow the debate inside. Thank you very much."

Stephan Brandner, AfD: "Or do they all have to be implemented because of the new seating plan!"

Katrin Göring-Eckardt (Bündnis 90/Die Grünen), Vice President of the Bundestag: "Mr Brandner, you don't have to change your mind at all, you just have to put on your mask."

(Applause from the SPD and members of the Left Party - Dr. Petra Sitte [Die Linke]: And shut up! - Stephan Brandner [AfD]: You too!)

For the first time since taking office, Olaf Scholz (SPD) will answer questions from members of the Bundestag in a government survey. It's about foreign policy, but also about the corona virus.

Martin Sichert (AfD): "Don't you think that the people in this country deserve an open and honest handling of the facts by the government on such a sensitive issue as compulsory vaccination (...)?"

Olaf Scholz (SPD), Federal Chancellor: "I wish you, above all, an open and honest handling of the facts."

(Applause from the SPD, Alliance 90/The Greens and the FDP, as well as from members of the CDU/CSU)

Stephan Mayer (CDU/CSU): "Ladies and gentlemen, I am very enthusiastic about sports myself; Mr. Wiese pointed this out."

Federal Finance Minister Christian Lindner (FDP) answers questions from MPs in a government survey – and goes too far in his answer. Bundestag President Bärbel Bas (SPD) points out to Lindner that he has exceeded his speaking time.

Bärbel Bas (SPD), President of the Bundestag: "Speaking of discipline: the red bar has a meaning; maybe everyone should look at it again."

Christian Lindner (FDP), Federal Minister of Finance: "You used to think it was good when the red bar grew."

(Laughter from the FDP and the SPD)

Bärbel Bas (SPD), President of the Bundestag: "Definitely! It also has a meaning, I said so."

A debate on energy prices is on the agenda, and former Federal Minister of Health Jens Spahn (CDU) also has a say.

Bärbel Bas (SPD), President of the Bundestag: "I will open the debate and Jens Spahn has the floor for the CDU/CSU parliamentary group)

(Applause from the CDU/CSU – acclamation from the FDP: He can do everything too!)

Thorsten Frei (CDU/CSU): "We are now discussing the proposed amendment to the Infection Protection Act. Even if it is a group motion, we are very surprised that the minister of the lead ministry, Karl Lauterbach, is not here when it is brought in. That's why we are demanding we the summoning of the Minister according to § 42 of the Rules of Procedure."

(Applause from the CDU/CSU, AfD and Die Linke)

Katrin Göring-Eckhardt (Bündnis 90/Die Grünen), Vice-President of the Bundestag: "Good. Is there a request to speak, Ms. Mast?"

Katrin Göring-Eckhardt (Bündnis 90/Die Grünen), Vice President of the Bundestag: "Mr Colleague, do you want to allow an interim question from the AfD parliamentary group?"

Metin Hakverdi (SPD): "No thanks, ignore it."

Tim Klüssendorf (SPD): "Your application is neither well-intentioned nor well-done. And I'll give you the last five seconds to think. Thank you very much."

(Applause from the SPD and Alliance 90/The Greens, as well as from members of the FDP and Deputy Thomas Lutze [Die Linke])

(Laughter and applause from the SPD and FDP MPs)

Wolfgang Kubicki (FDP), Vice President of the Bundestag: "Thank you very much, colleague Dr. Seiter. It's nice when you get so much applause in your first speech. It won't last."

(Laughter in the SPD, Alliance 90/The Greens and the FDP – Britta Haßelmann [Bündnis 90/The Greens]: 'He says it from his own experience!')

It's time again for a government survey, this time it's the turn of Federal Labor Minister Hubertus Heil (SPD). Heil answers a question from Union MP Markus Reichel.

Hubertus Heil (SPD), Federal Minister of Labor: "I can't explain this to you in detail in the short time; I may be able to answer you in writing or in a conversation over coffee if you pay for the coffee..."

(Laughter among members of the SPD, the CDU/CSU, Alliance 90/The Greens and the FDP)

Wolfgang Kubicki (FDP), Vice President of the Bundestag: "This brings us to the business area of ​​the Federal Ministry for Digital Affairs and Transport, Section 12. The Federal Minister (Volker Wissing, FDP), who was supposed to be the first to speak, has let it be known that he is in traffic . That fits well."

"That's why, dear colleagues, I'm going to give the floor to my colleague Frank Schäffler, from the FDP parliamentary group, as the first speaker."

(Applause from the FDP)

Christian Dürr (FDP): "Mr. Merz, what are you proposing? When it comes to describing the problem, we agree on the dependency on Russia. But what did you propose?"

Christian Dürr (FDP): "You made a very specific proposal for the electricity market. Yes, you were on the Zugspitze. When I read the paper, I asked myself whether that sometimes had something to do with the thin air up there."

(Laughter among members of the FDP)

The questioning of the federal government is again on the agenda, this time with Federal Minister of Health Karl Lauterbach (SPD). Lauterbach answers a question from AfD MP Kay-Uwe Ziegler, then Beatrix von Storch (AfD) draws attention to himself with an interjection.

Karl Lauterbach (SPD), Federal Minister of Health: "Thank you very much, Mr. Deputy. - I think I can answer this question..."

Beatrix von Storch: "They would all have died! That's crazy!"

Karl Lauterbach (SPD), Federal Minister of Health: "No, more would have died, Frau von Storch, you must not pretend to be more stupid than you are. That may not be easy, but..."

(Laughter among members of the SPD)

Anne König (CDU/CSU): "It would have been logical and necessary to order new fuel rods in the spring..." 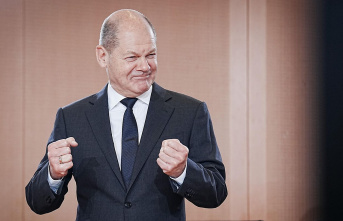 Olaf Scholz a year in office: the chancellor on the...