Selenskyj in Washington: Help wanted from the right: Ukraine is dependent on the goodwill of the Republicans

Less than 24 hours have passed since Ukrainian President Volodymyr Zelenskyj spoke before the US Congress when his speech was already labeled "historic". 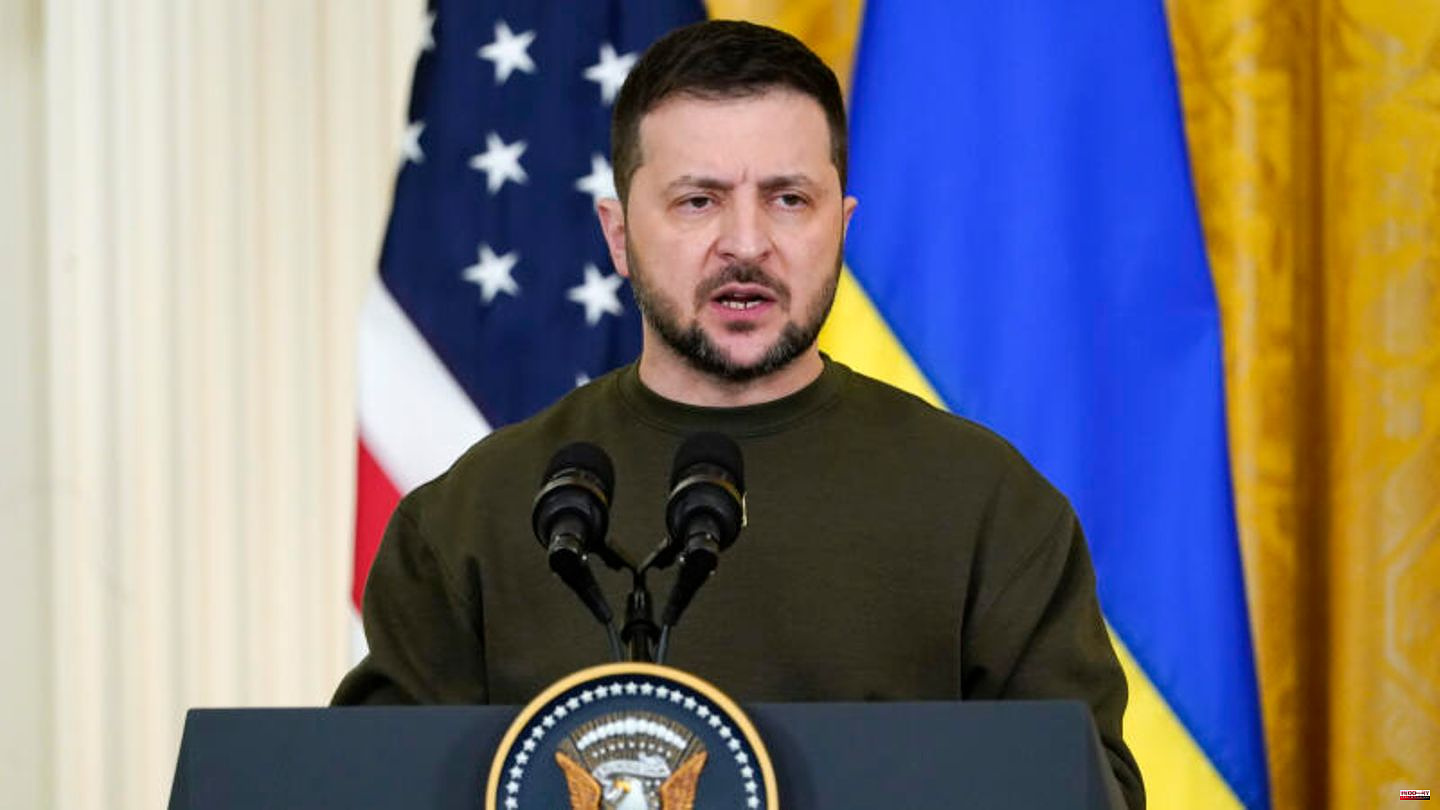 Less than 24 hours have passed since Ukrainian President Volodymyr Zelenskyj spoke before the US Congress when his speech was already labeled "historic". By no means wrong. One would think a swarm of aggressive bees had strayed into the venerable chamber as often as the deputies jumped from their seats to give frenetic applause to the involuntary warlord.

As exuberant as the celebrations of US politicians (cross-party) were, one thing was clear: Among those present, the ranks of the Republicans were noticeably thinner than those of the Democrats. But Selenskyj's show was not just for them. Ukraine will continue to depend on the deep pockets of its most powerful ally in 2023. And so it is likely that the Conservatives will be more important in the new year if they have the majority in the House of Representatives in January.

The 44-year-old tried to cover it up with his flaming speech - but the man who was celebrated as a hero in the Capitol came as a supplicant, a beggar in olive green. According to the think tank Center for Strategic and International Studies, the United States has already provided Ukraine with $68 billion, mostly in the form of arms deliveries. The White House would like to add at least another $40 billion later this year. It's no secret that without the massive support of the western world power, Russian flags would have been flying on the Maidan for a long time.

In order for the Ukrainians not only to continue to withstand the Russian invaders, but also to be able to continue the successful counter-offensives of the autumn, they are dependent on the goodwill of the Republicans. And even without the poisoned intentions of their ex-president, some of them have little understanding for the previous blank check policy of the Biden administration.

In order to counteract the "What's the point of this for us?" mentality of numerous Republicans, Zelenskyj not only relied on the USA's sense of responsibility in his speech, but also on its very own security interests. "Your money is not charity, but an investment in global security and in democracy, which we will deal with in the most responsible way," he called out to the entire House, but meant primarily the conservative part. Even if the White House later denied that Zelenskyi's message was only addressed to one political side.

"I'm in DC, but I won't be attending a speech by a Ukrainian lobbyist," Kentucky Congressman Thomas Massie tweeted ahead of time. Massie is a tough case from the far right. How many Republicans stayed away from Zelenskyj's speech before Congress is unclear. But the fact that many conservatives are conspicuous by their absence could not be overlooked. According to US magazine The Hill, only 86 out of 213 House Republicans attended.

Selenskyj has to explain to the Republicans in a palatable way why the billions in aid are money well spent from the US perspective. After all, those with the huge sum would certainly have something else to do – be it feeding hobby horses such as expanding border protection or arming their own military. "Obviously there are doubts that the money is getting where it's supposed to be. Any taxpayer money that's going anywhere, domestically or internationally, deserves close scrutiny," group leader Steve Scalise said after Zelenskyj's speech. Political Magazine. A crystal clear "we'll see". "President Zelensky should be commended for putting his country first, but American politicians who give in to his demands are unwilling to do the same for our country," Florida Congressman Matt Gaetz tweeted after the speech . Nothing has changed in his position to suspend the aid.

In May, 57 Republicans, around a quarter of the House of Representatives, voted against the next billion-euro package. In the face of inflation, spending should be reduced. "America first", the well-known motto.

No matter how often and vehemently US President Joe Biden and his Democrats emphasize their loyalty to war-torn Ukraine. In the end, Congress will decide how to fund the anti-Putin war chest. And its decisive majority is divided in 2023.

Most Conservatives, while endorsing support, say they want to use their powers of oversight over how the money is distributed. According to "The Hill", several camps have formed within the GOP on the matter. However, you have the desire to examine aid packages much more critically. You want to see whether and if so, where all the money ends up. And, of course, whether all this is necessary at all.

While some well-known and influential members of the GOP, such as Michael McCaul, the senior Republican on the Foreign Affairs Committee in the House of Representatives, or Senate Minority Leader Mitch McConnell are in favor of further billions in aid, others are fueling doubts. Among the most determined opponents of the blank check policy are the right-wing extremist Marjorie Taylor Greene from Georgia and the Texan Chip Roy. According to the Washington Post, the latter described Zelenskyj's speech as "political theatre". The likely future majority leader of the Republicans, Kevin McCarthy, has repeatedly questioned the unrestricted aid - even after the speech by the Ukrainian head of government.

The Ukrainian President must also get the right-wing party on board in the long term, as there is nowhere near an end to the fighting. "The most likely endgame is a new frozen conflict," Charles Kupchan, the think tank "Council on Foreign Relations" told the US news portal "Vox". Selenksyj needs friends for life, not casual acquaintances. And friendship is expensive, especially that of Republicans.

In 2023, the Democratic-led Senate and the Republican-led House of Representatives will have to find compromises. In view of the deep rifts between (and within) the two major parties, it is at least questionable whether the two chambers will come together on this point. The Ukrainians would like to see quick agreements.

1 Accused in custody: BND employees arrested on suspicion... 2 With ex-Bundesliga star: This is how Inter wants to... 3 Alpine skiing: First podium as dad: Straßer third... 4 Leak in an oil pipeline: Kiel Canal is expected to... 5 Air traffic: Condor starts with the first jet of the... 6 Hair trends: The most beautiful hairstyles for Christmas 7 stern Editor-in-Chief: Why the Christmas message is... 8 "He's a real option for us" - top club... 9 Groß-Gerau: Right of way disregarded: five seriously... 10 Crime: Clan boss sentenced to six years in prison 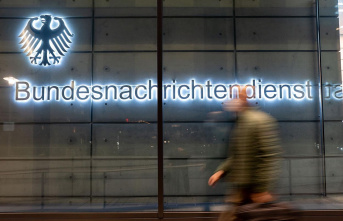