For the first time in more than 40 years, the largest parties in Denmark are entering a joint government. 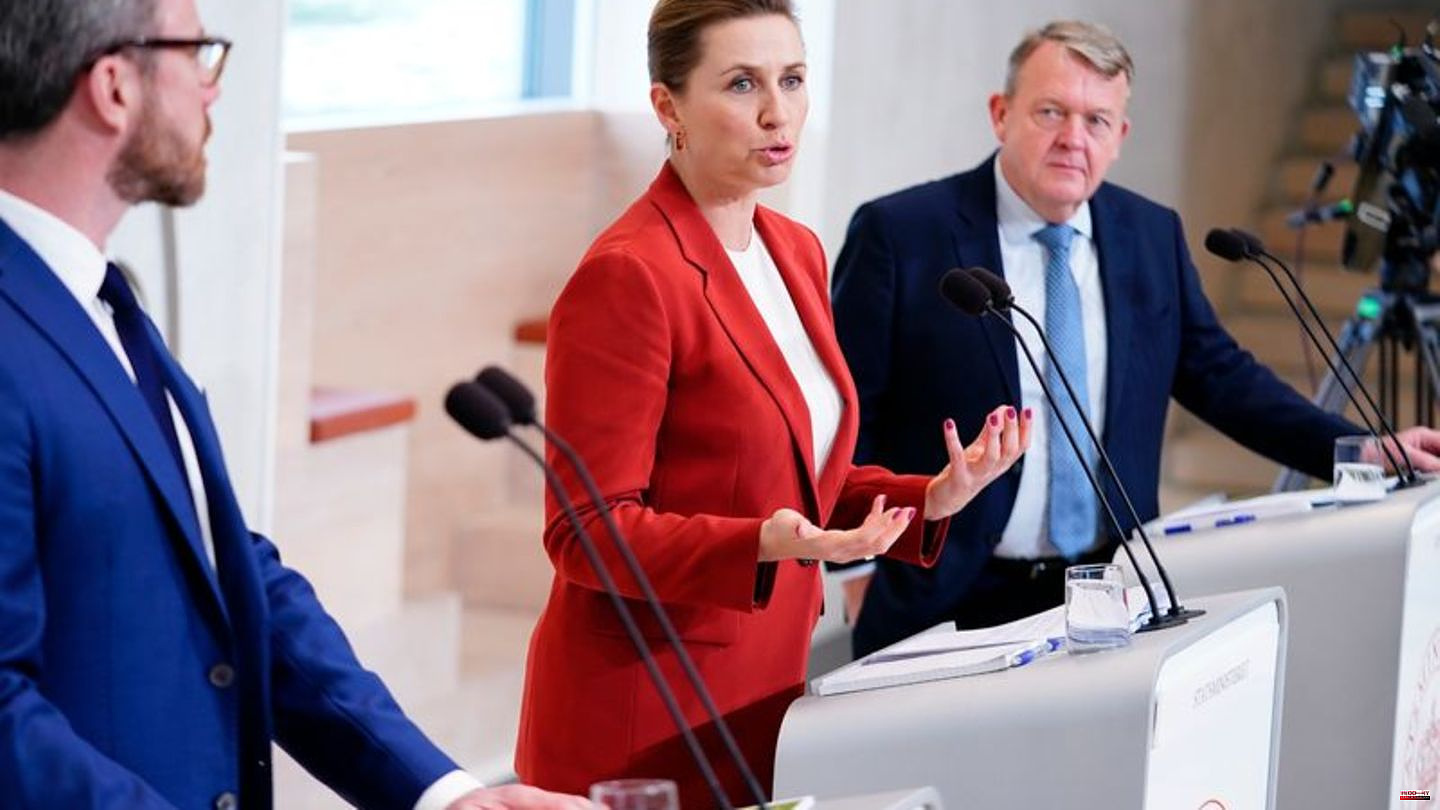 For the first time in more than 40 years, the largest parties in Denmark are entering a joint government. Prime Minister Mette Frederiksen's Social Democrats and the liberal-conservative Venstre party under Jakob Ellemann-Jensen want to lead the Scandinavian EU country through the current crisis together with the new party of former Prime Minister Lars Løkke Rasmussen.

Despite disagreements and old rivalries, the three parties enter into a broad and rare government alliance in the political center. It's a "working group," said Frederiksen at a joint press conference in her official residence, Marienborg, north of Copenhagen.

Community of convenience in times of crisis

Such a government alliance across the traditional bloc borders is very rare in Denmark, but according to Frederiksen in view of the ongoing crises it is exactly what Denmark needs now. The government briefing that has now been released stresses that Europe and Denmark are facing more challenges than they have in decades, including the coronavirus pandemic, Russia's war of aggression against Ukraine, the energy crisis and record-high inflation. "Add to this the greatest challenge of our time: the climate and biodiversity crisis, the effects of which we are already seeing," wrote Frederiksen, Ellemann-Jensen and Løkke.

The joint plans are comprehensive, as illustrated by the 60+ page agreement entitled "Ansvar for Danmark" (Responsibility for Denmark). In addition to numerous reforms, this also includes achieving climate neutrality by 2045 and the abolition of a public holiday, which is intended to shoulder higher military spending. The NATO goal of spending two percent of gross domestic product on defense should be achieved by 2030.

Until recently, partners were rivals

Along the way, however, the new government partners not only have to overcome crises, but also rivalries. Ellemann-Jensen had rejected Frederiksen's call for a broad government ahead of the parliamentary elections on November 1, even saying beforehand that she didn't trust her. Løkke, in turn, left Venstre in early 2021 after decades of party affiliation and later founded the Moderates. With these he wrested a lot of votes from his ex-party, which is one of the main reasons why Venstre only got 13.3 percent and the worst election result since 1988.

The Social Democrats and Venstre in today's Denmark are roughly comparable to the SPD and CDU in Germany. With one clear difference: large coalitions, as they have long been known in Germany, are the extreme exception in Denmark. Such a government only existed once in the Danish post-war period, in the 1970s - at that time this alliance lasted just 14 months.

Now Frederiksen and Ellemann-Jensen are giving this construct a new chance. With the moderates from Løkke, who had positioned his party between the classic political blocs, they also got the third-strongest parliamentary force on board. The three top politicians did not hide the fact that this was a partnership of convenience. "Despite our disagreements, we decided to go together," said Ellemann-Jensen.

The new center alliance is now likely to be attacked again and again from both the left and the right. While parties from Ellemann-Jensen's previous blue bloc warned that the new government should not drift too far to the left, the left-leaning camp already sensed a shift to the right and negative consequences for the climate, among other things.

Criticism from right and left

Frederiksen tried to take the wind out of his sails with new climate targets: by 2045, five years earlier than planned, they want to become climate-neutral, and by 2050 they want to reduce CO2 emissions by 110 percent compared to 1990. How this is to be achieved - for example by capturing large quantities of CO2 from the air or using emissions trading tools - was not clear from the government basis. However, Frederiksen announced the introduction of CO2 taxes for agriculture and air travel. "We're more ambitious now than we were before," said the 45-year-old. 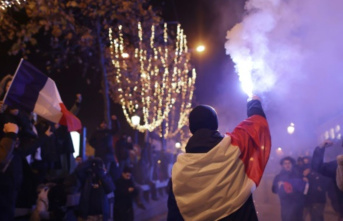 French fans celebrate entering the final on the Champs-Élysées