According to the Kremlin, Russia does not want to annex any more areas of Ukraine for the time being, but instead wants to take complete control of the regions that have already been officially incorporated. 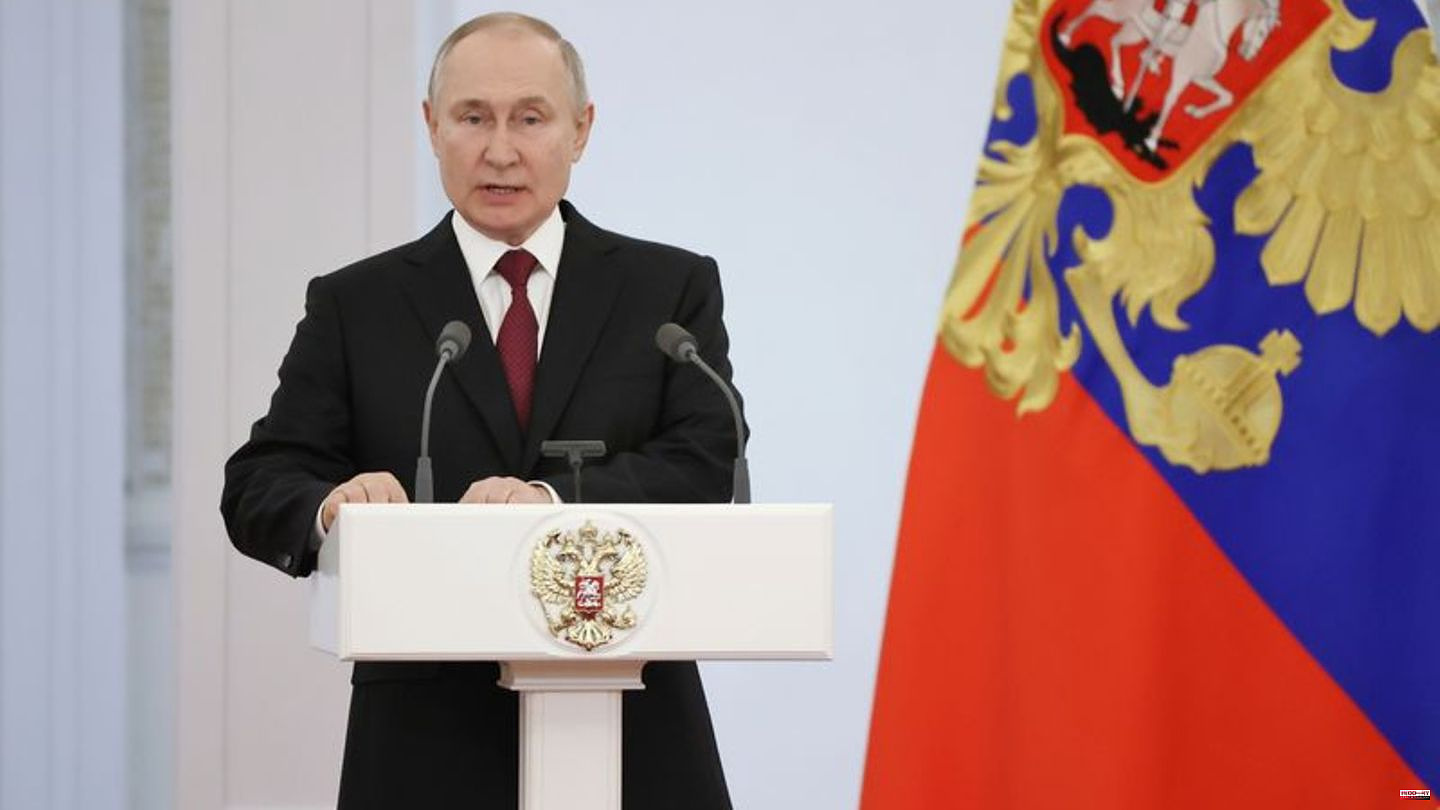 According to the Kremlin, Russia does not want to annex any more areas of Ukraine for the time being, but instead wants to take complete control of the regions that have already been officially incorporated. There is "a lot of work" to do, said Kremlin spokesman Dmitry Peskov on Thursday. President Vladimir Putin is preparing his country for a longer war. Fierce fighting continues, especially in eastern Ukraine.

Despite the tense relations caused by the Ukraine war, Russia and the US managed to resolve at least one point of conflict: US basketball player Brittney Griner was released in a prisoner exchange. She was sentenced to nine years in a camp for drug possession in Russia in a trial heavily criticized by the United States. In return, the United States handed over the Russian arms dealer Viktor But, who was imprisoned there, according to the Russian Foreign Ministry.

Kremlin warns of attacks on Crimea

Russia attacked Ukraine on February 24. At the end of September, Moscow declared the Ukrainian regions of Luhansk, Donetsk, Cherson and Zaporizhia its own state territory, in violation of international law. However, Russia does not have complete military control of the annexed regions - on the contrary: Ukraine recently reconquered parts of the Russian-occupied regions.

Russia also fears Ukrainian attacks on Crimea, which was annexed in 2014. One sees the danger of an attack on the peninsula, said Kremlin spokesman Peskov, according to the Russian news agency Interfax. The authorities in the Crimean metropolis of Sevastopol again reported on Thursday that a Ukrainian drone had been shot down by the Russian Black Sea Fleet. Peskov accused Ukraine of "organizing terrorist attacks".

The Kremlin spokesman also rejected statements from Germany, for example, according to which Ukraine should not limit itself to its own territory in its defense against Russian aggression. This would widen the conflict, Peskow warned. Most recently, Russian territory had been repeatedly shelled. Ukraine does not comment clearly on these incidents.

President Putin made it clear on Wednesday that Russia would not use its nuclear weapons for a first strike, but only in response to its own protection. At the beginning of the war, Putin had the nuclear weapons put on increased standby in order to prevent the West from militarily intervening in the conflict.

Chancellor Olaf Scholz now sees the danger of a nuclear escalation as subdued, as he told the Funke media group and the newspaper "Ouest France". "Russia has stopped threatening to use nuclear weapons in response to the international community drawing a red line," said the SPD politician.

Scholz also expressed confidence with regard to the consequences of the war for Germany: "Our country will probably get through the winter well. We support Ukraine so that it can resist Russian aggression."

Putin: War against Ukraine can last a long time

Putin also said on Wednesday that the war could "become a long process." He also announced that half of the approximately 300,000 reservists drafted in the past few weeks are stationed in Ukraine. The remaining 150,000 men are housed as "combat reserves" at military bases.

Ukrainian President Volodymyr Zelenskyj reported on Thursday night that heavy fighting continued in the east of his country. Ten people were killed in recent Russian attacks on the city of Kurakhove in the Donetsk region. About the situation around the small town of Bachmut, which is currently being particularly heavily shelled, he said: "There is a very tough confrontation there. Every meter counts."

The Red Cross said it had visited Ukrainian prisoners of war in Russian custody for the first time in months. In the past two weeks, the International Committee of the Red Cross (ICRC) reported that prisoners had been brought books, toiletries, blankets and warm clothing, as well as messages from their families. Employees on the Ukrainian side could also have visited prisoners of war. "I expect these visits will now result in more regular access to all POWs," said ICRC President Mirjana Spoljaric.

According to the EU Commission, more than 17 million tons of grain have so far been exported from Ukraine via trade routes that have been expanded as a result of the Russian war of aggression. In addition, other products such as fuel, animal feed, fertilizer or humanitarian aid were transported via these routes, said EU Transport Commissioner Adina Valean on Thursday. The Ukrainian Black Sea ports were blocked for a long time during the war. The so-called solidarity corridors were set up in May to establish alternatives to exports via the Black Sea. 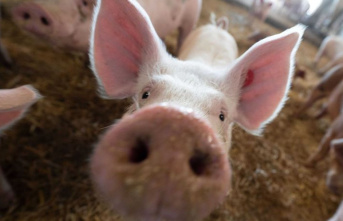 Farmer's President: Wagner complains about the...