The soldiers of the Ukraine seem to be inexorably following the withdrawing Russian units near Cherson. 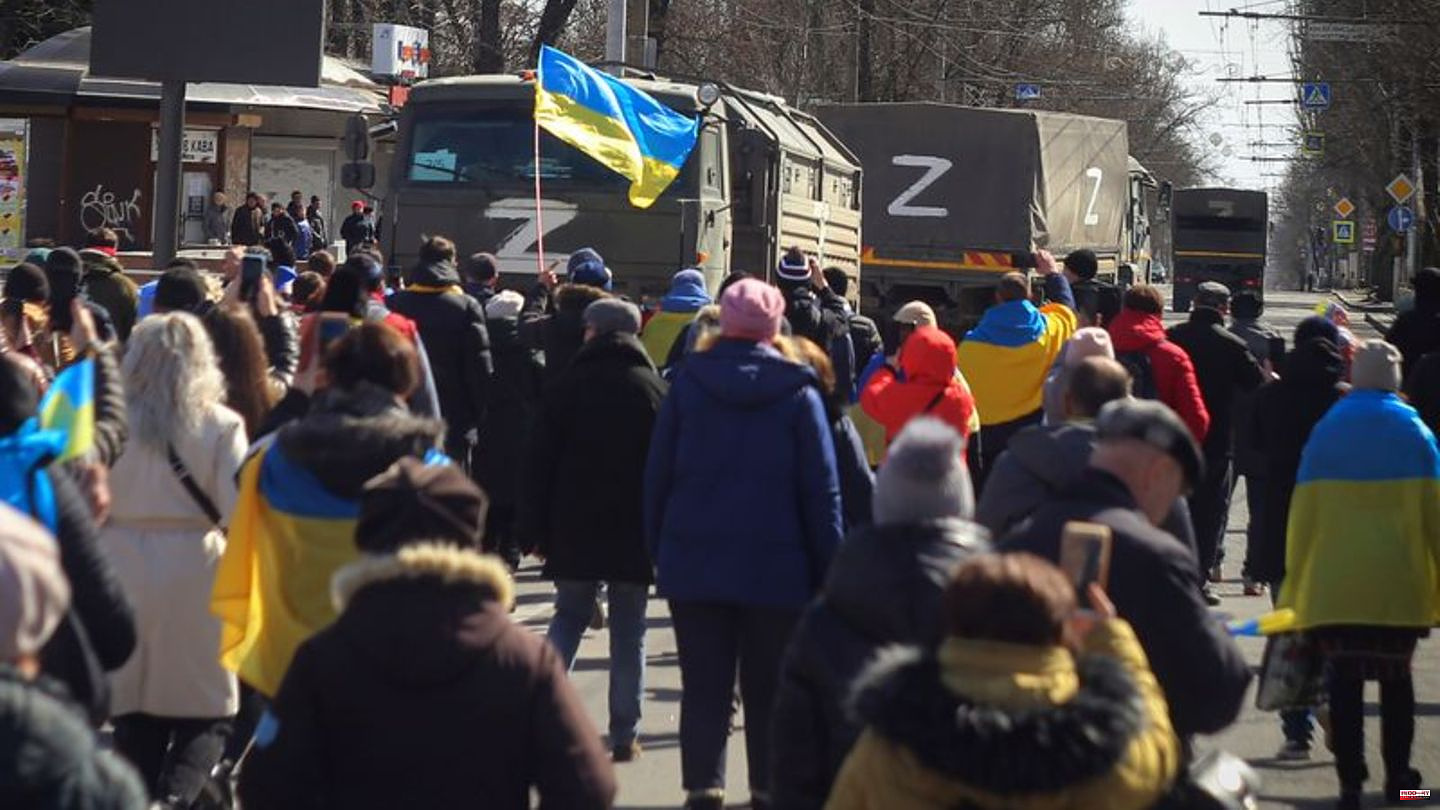 The soldiers of the Ukraine seem to be inexorably following the withdrawing Russian units near Cherson. In the area around the southern Ukrainian city, 41 towns have already been liberated, President Volodymyr Zelenskyy said in his daily video message on Thursday evening. The number of Ukrainian flags that have been returned "to their rightful place" as part of the ongoing defense operation is in the dozens.

Since Wednesday alone, Ukrainian units have advanced up to seven kilometers deep into territory formerly occupied by the Russians, reported the supreme commander of the Ukrainian armed forces, Valeriy Saluschnyj. According to the General Staff in Kyiv, the Russian military was only slowly withdrawing to strengthen its defense lines on the left bank of the Dnipro.

As reported by the Ukrainian governor of the Mykolaiv region, Vitaly Kim, the town of Chornobaivka is already under Ukrainian control. He did not initially provide any further details. "We remain silent because all of this is a matter for the military." Friday is the 261st day of the war.

Selenskyj warns of the danger of mines

Selenskyj warned of dangers in the areas given up by the occupiers. "The first and fundamental task is demining," he said. The occupiers left behind thousands of duds and ammunition. "I've often heard estimates that clearing Ukraine of Russian mines will take decades." Around 170,000 square kilometers of the country are still contaminated by mines.

The head of state of Ukraine pointed out that the current achievements of the Ukrainian armed forces were achieved "through months of brutal fighting". "It's not the enemy who's leaving - it's the Ukrainians who are driving the occupiers away," said Zelenskyy. "And we must go all the way - on the battlefield and in diplomacy - so that our flags - Ukrainian flags - can be seen everywhere in our country, along our entire internationally recognized border. And no more enemy tricolors."

Deputy Defense Minister Hanna Maljar spoke of the slow advance of Ukrainian troops in the east and south of the country. Even if many people were hoping for "explosive news" from the fronts, progress was slow for the time being, this is just the dynamic of the war. "At the moment there is a different dynamic and different phase of the fighting," she said on television on Thursday evening. "But the intensity of the fighting has not decreased."

According to media reports, Russian troops devastated the southern Ukrainian city when they left Cherson. In addition to the television center, district heating systems and radio masts, among other things, were blown up, Ukrajinska Pravda reported on Thursday. In addition, the electricity in the city had failed completely, as had the Internet. Several bridges over the Dnipro had already been blown up in the past few days.

A timetable for the withdrawal of Russian soldiers from Cherson and the entire area around the city on the right bank of the Dnipro, which had been ordered the day before, was not known. According to a report by the Russian agency Tass, units of the police and emergency services should only leave the city with the last troops.

To support Ukraine in the Russian war of aggression, the United States is providing the country with additional military aid worth 400 million dollars (392 million euros), the US Department of Defense announced in Washington on Thursday. US military support for Kyiv has totaled $19.3 billion since US President Joe Biden took office. The new package also included four Avenger air defense systems and Stinger missiles, as well as missiles for Hawk air defense systems, Pentagon Deputy spokeswoman Sabrina Singh said. "That's exactly what we need, what we asked for," Zelenskyj said in the evening.

US government on negotiations: Don't put pressure on Kyiv

With a view to possible negotiations with Russia, the US government says it is not exerting any pressure on Ukraine. "We don't insist on certain things, we advise as partners," National Security Advisor Jake Sullivan said at the White House on Thursday. The day before, Kyiv had rejected a new offer for negotiations from Moscow based on "the current situation". As a prerequisite for talks with Moscow, the Ukrainian leadership is demanding a complete withdrawal of Russian troops.

Army Inspector: Better equipment for the troops will take time

The inspector of the army, Alfons Mais, sees no major improvement in the equipment of the troops, despite the special fund of 100 billion euros that has been decided for the Bundeswehr. "At the moment, the army's material readiness for action is no greater than it was on February 24," Mais told the "Süddeutsche Zeitung" with a view to the start of Russia's aggressive war against Ukraine. When the war broke out, Mais sounded the alarm and declared that the army was "more or less empty".

That will be important on Friday

The focus remains on how far the Ukrainian troops are able to advance into former Russian-held territory. A talk between Foreign Minister Annalena Baerbock (reasons) and her Lithuanian counterpart Gabrielius Landsbergis in Berlin will also deal with the Russian war of aggression in Ukraine. One point is the strengthening of NATO's eastern flank. Landsbergis also wants to work with Baerbock for the delivery of Western-style main battle tanks to the Ukraine. 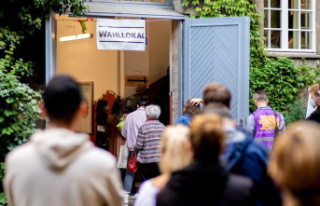 Election 2021: Partial repetition of the Bundestag...