According to Ukrainian sources, the Russian army severely damaged a dam in a massive rocket attack on the central Ukrainian industrial city of Kryvyi Rih. 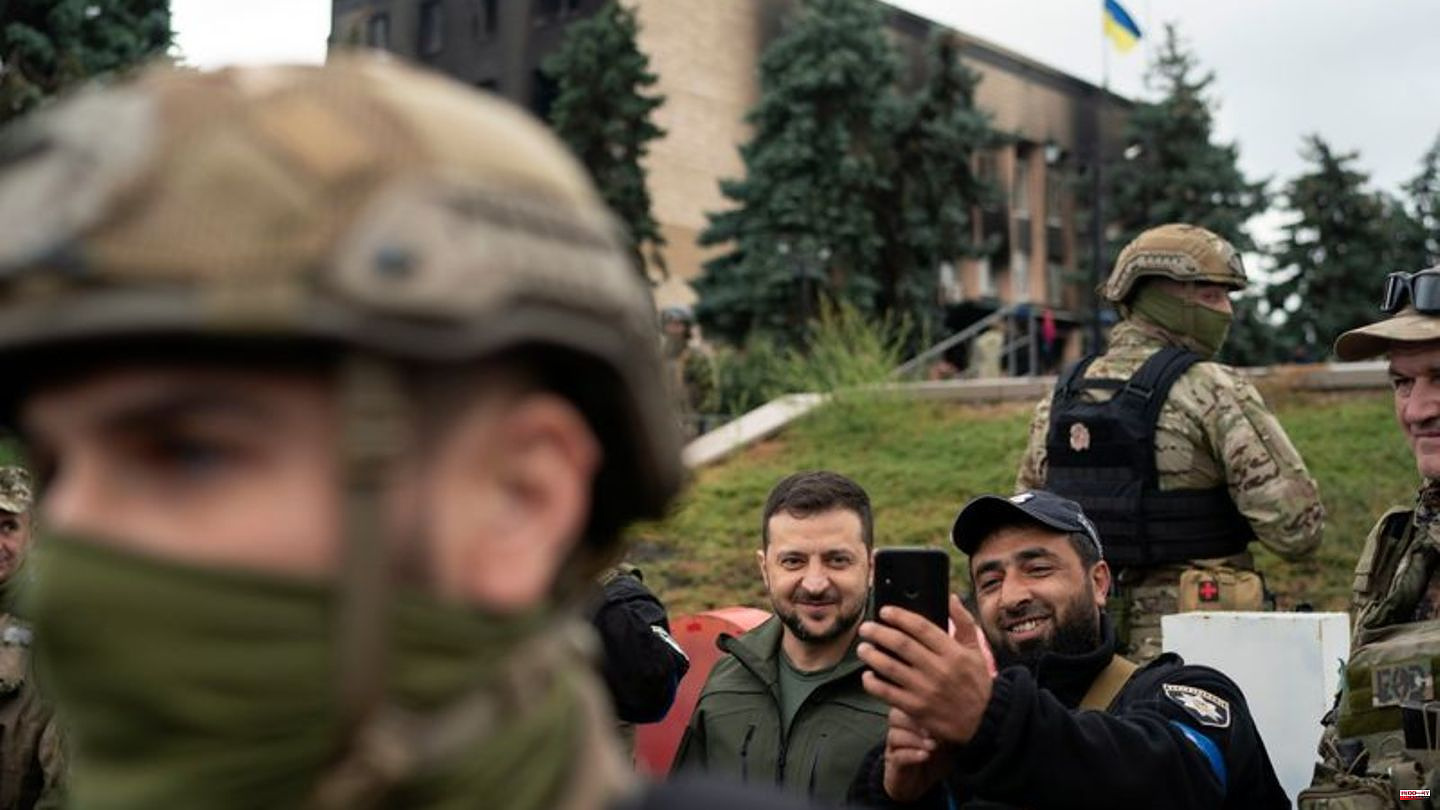 According to Ukrainian sources, the Russian army severely damaged a dam in a massive rocket attack on the central Ukrainian industrial city of Kryvyi Rih. Such large amounts of water flowed through the destroyed pumping station that the Inhulez River threatened to burst its banks. President Volodymyr Zelenskyy spoke of an attempt to flood his hometown.

The Ukrainian leadership aligned the attack on civilian infrastructure with the shelling of power plants near Kharkiv a few days earlier. The electricity failed over a large area in eastern Ukraine. "All the occupiers can do is sow panic, create an emergency, leave people without light, heat, water or food," Zelenskyy wrote on Telegram. "Can that break us? Not at all." He visited the recaptured city of Izyum in the east of the country on Wednesday. According to his spokesman, he was involved in an accident with his motorcade in Kyiv in the evening.

After telephone calls with Russian President Vladimir Putin, Chancellor Olaf Scholz and UN Secretary-General António Guterres each came to the conclusion that there was currently no talk with him about an end to the war. Today, on the 204th day of the Russian invasion, EU Commission President Ursula von der Leyen is expected again in Kyiv.

According to various Ukrainian reports, seven or eight rockets were fired at Kryvyi Rih. The head of administration of the Dnipropetrovsk region, Valentin Resnichenko, spoke of cruise missiles of the type Ch-22, which had been fired from a distance by Russian fighter jets. The city's transport infrastructure was also attacked. There was initially no talk of victims. In this case, too, the information provided by the warring parties could not be independently verified.

The reservoir serves the drinking water supply of the city with 625,000 inhabitants. Due to the damage to the pumping station, the water supply had failed in large parts of the city, it said. Despite the high water level on the river, the situation is under control, said Zelenskyy's deputy chief of staff Kyrylo Tymoshenko. The situation in the parts of the city where there is a risk of flooding is constantly being monitored.

Ukrainian Foreign Minister Dmytro Kuleba called the attack a war crime and an act of terrorism. "Because they were defeated by the Ukrainian army on the battlefield, the Russian cowards are now waging war against our infrastructure and civilians," he wrote on Twitter. In his evening video speech, Zelenskyy called the Russians weaklings: Such attacks on civilian objects are one reason "why Russia is losing."

However, according to the Ukrainian media, the tidal wave on the Inhulez also has possible military effects. Further south at Cherson, the Dnipro tributary currently forms the front line between Ukrainian and Russian troops. The high water level could make crossing the river difficult.

After returning from the east of the country, a car in Kyiv collided with the head of state's car and his escort vehicles, Zelenskyy's spokesman Serhiy Nykyforov wrote on Facebook early in the morning. The President had been examined by a doctor. "No serious injuries were found." Further details on Selenskyj's state of health were not initially given. Paramedics took care of the driver of the other car and took him to a hospital, it said. The police are investigating the circumstances of the incident.

After talks with Russian President Putin, UN Secretary-General António Guterres currently sees no hope of peace negotiations between Moscow and Kyiv in the near future. "It would be naïve to think that we are close to the possibility of a peace agreement," Guterres said in New York. Although the United Nations is ready to work on a diplomatic solution in every respect, the chances of this are currently "minimal".

A day earlier, Chancellor Scholz (SPD) had called the Kremlin boss again after a long break. But he sees no change in his attitude to the war against Ukraine, said Scholz. "Unfortunately, I can't tell you that the realization has grown there that it was a mistake to start this war." Nevertheless, it is right to talk to each other and to explain to Putin your own point of view. Scholz said he was convinced that Russia had to pull out of Ukraine.

At the start of a visit to Germany, the President of the Ukrainian Parliament, Ruslan Stefantschuk, called on the federal government to play a leading role in supplying the Ukraine with battle tanks. "Germany should live up to its leadership role and be the first country to deliver battle tanks," Stefantschuk told the German Press Agency late Wednesday evening in Berlin, where he is taking part in a parliamentary conference of the G7 of economically strong democracies. "A country like Germany doesn't wait for what others do." Scholz has repeatedly emphasized that he does not want to go it alone when it comes to arms deliveries.

Meanwhile, Zelenskyy's personal participation in the general debate at the UN General Assembly next week is becoming less likely. As several diplomats in New York confirmed to the German Press Agency, a resolution is in the works that would allow the Ukrainian head of state to address the major political event via video. Personal participation by Selenskyj would mean a higher security risk on arrival. It would be the first time since the beginning of the war that he has made headlines with a trip abroad. Putin has stated that he does not want to take part in the general assembly and instead wants to send Foreign Minister Sergey Lavrov to New York.

Putin will meet Chinese President Xi Jinping for the first time since Russia invaded Ukraine. Both are attending the Shanghai Cooperation Organization (SCO) summit, which begins today in Samarkand, Uzbekistan. In the Ukraine conflict, China is backing Putin and portraying the US and NATO as the main culprits.

European Commission President von der Leyen is coming to Kyiv for the third time today to talk about Ukraine's integration into European structures. Work must be done to ensure that Ukraine has access to the European internal market and vice versa, she said. Among other things, she will speak to President Selenskyj. Ukraine has officially been a candidate for EU membership since June.

The Ukrainian people are to be awarded the media prize of the Sanssouci Colloquium because they have been defending themselves "for months with iron steadfastness against the brutal invasion of Russia" and are defending their freedom and sovereignty on European soil. Chancellor Scholz will give the main speech at the event in Potsdam. 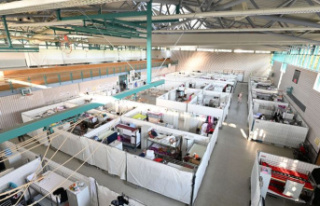