The fighting in eastern Ukraine has intensified. 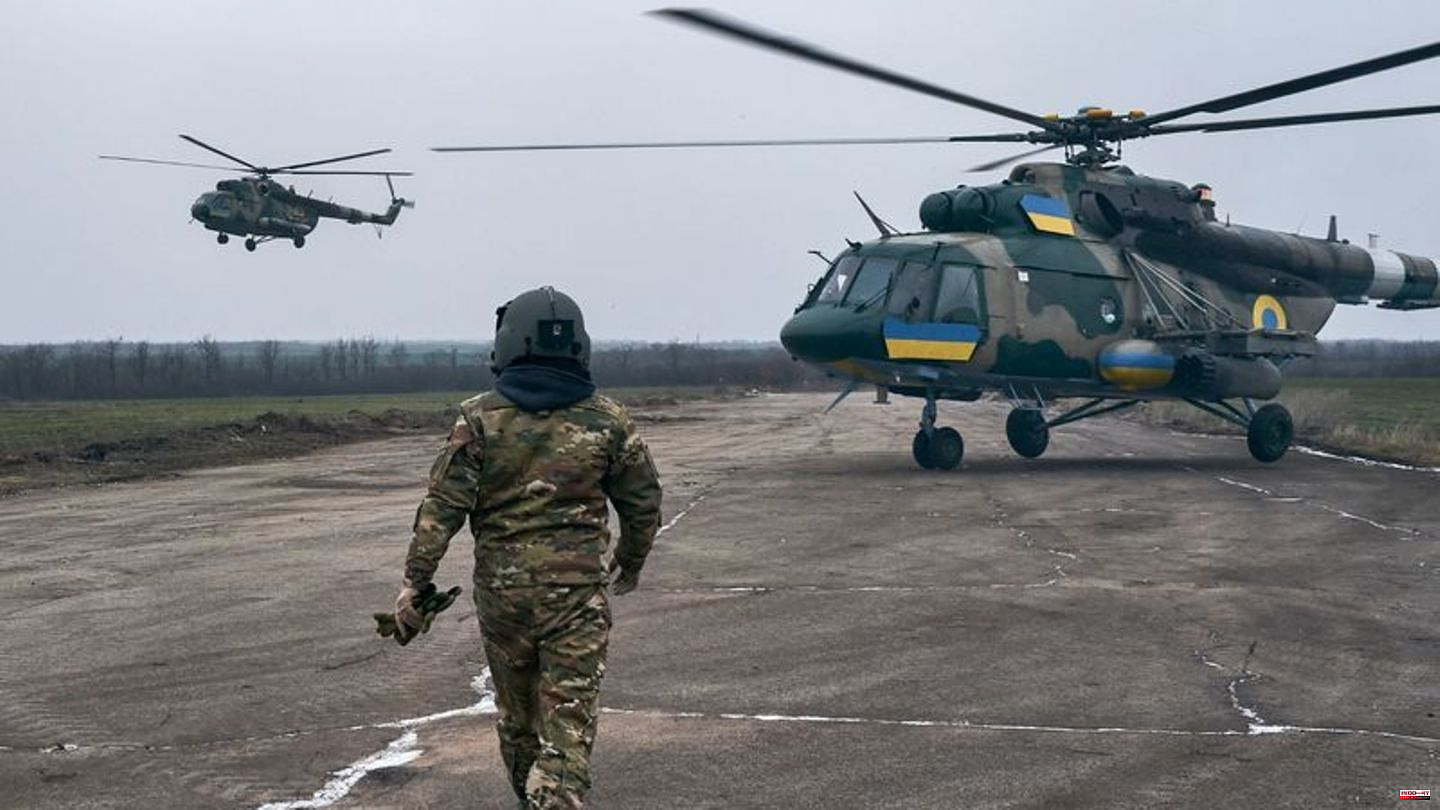 The fighting in eastern Ukraine has intensified. According to information from Kyiv, the situation is particularly difficult in the north of the Donetsk region around the cities of Bakhmut and Soledar. Nevertheless, President Volodymyr Zelenskyj is convinced that his own troops will hold out and promises them reinforcements.

Meanwhile, Russia and Ukraine exchanged prisoners for the first time this year. Today is the 320th day of Russia's aggressive war on the neighboring country.

Despite the heaviest fighting in eastern Ukraine, Selenskyj sees no way for the Russian attackers to get through and promises reinforcements to the defenders. "Bachmut is holding on," said the 44-year-old yesterday in his daily video speech. Neighboring Soledar is also holding out, although the situation is difficult. "This is one of the bloodiest places on the front lines," he said, describing the area around the two small towns, which are only 14 kilometers apart.

According to Zelensky, the commander of the Ukrainian army visited the troops in Bakhmut and Soledar yesterday. Olexandr Syrskyj will lead the defense and organize reinforcements and greater firepower against the enemy. Syrskyj is considered a hero in Ukraine, credited with the successes in defending Kyiv and recapturing the Kharkiv region.

According to Kyiv, the defenders in the Soledar area have found themselves in a difficult position during the fighting in the eastern Ukrainian region of Donetsk. "It's difficult in Soledar at the moment," Ukrainian Deputy Defense Minister Hanna Maljar wrote on her Telegram channel yesterday. Like Bakhmut, which has been contested for months, Soledar is part of the Ukrainian defensive wall in front of the conurbation between Sloviansk and Kramatorsk. Taking the agglomeration would be almost tantamount to conquering the Donbass - one of Russia's publicly stated goals at the start of the war.

The Russians had concentrated large forces in front of Soledar. Not only regular units of the Russian army were involved in the attacks, but also mercenary troops, Maljar wrote. In fact, in the area around Bachmut and Soledar, the mercenaries of the "Wagner" troop, who are considered to be well equipped, attack.

Russia and Ukraine completed the first prisoner swap since the turn of the year. "On January 8, as a result of the negotiation process, 50 Russian soldiers who were in imminent danger in captivity were withdrawn from the territory controlled by the Kiev regime," the Russian Defense Ministry said on its Telegram channel yesterday. Shortly thereafter, the Ukrainian side confirmed the exchange.

According to the Russian Defense Ministry, its own prisoners of war have already been flown to Moscow on a military plane for treatment and rehabilitation. There is no further information about the Russian soldiers.

Kyiv, on the other hand, reported that 33 officers and 17 enlisted ranks were freed on its own side. "We are bringing back people who were taken prisoner at Chernobyl NPP, our defenders from Mariupol, our guys from the Donetsk region in the Bakhmut area, as well as from the Kiev region, Chernihiv, Kherson and other regions where there was fighting," commented the head of the Office of the President, Andriy Yermak, the exchange.

According to official information, against the background of the Ukraine war, Belarus wants to hold a two-week air force maneuver with the Russian armed forces from mid-January. "From January 16 to February 1, 2023, collective air tactical exercises of the armed forces of Belarus and Russia will be held," the Belarusian Defense Ministry said on its Telegram channel yesterday.

The two countries formed the joint task force in the fall - officially to protect the external borders of the Russian-Belarusian union. Around 9,000 Russian soldiers are stationed in Belarus at this base. Ruler Alexander Lukashenko only paid a visit to the troops on Friday. According to the Ministry of Defense in Minsk, Russian air force units arrived yesterday. All airfields and military training areas of the air force and air defense in Belarus are said to be involved in the two-week exercises.

Recently there has been repeated speculation about a renewed Russian attack on Ukraine from Belarusian territory.

OSCE Secretary General against Moscow's expulsion from the organization

The Secretary General of the Organization for Security and Co-operation in Europe (OSCE), Helga Maria Schmid, spoke out against Russia being excluded from the group. Keeping diplomatic channels open does not mean that there is agreement, Schmid told the "Welt". "In any case, from today's perspective, I think it makes sense for Russia to remain a member of the OSCE."

The Ukrainian Foreign Minister Dmytro Kuleba had called for Moscow to be excluded in view of the Russian war of aggression against his country. "One day we will need communication channels again," said the top German diplomat.

In Russia, the holidays end after the turn of the year and politics returns to everyday life. At the front, the Russian troops are likely to continue their attacks on Bakhmut and Soledar in hopes of a breakthrough. 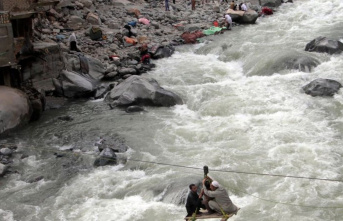