The Ukrainian President Volodymyr Zelenskyy saw the announced delivery of French reconnaissance tanks as an important signal to other Western countries as well. 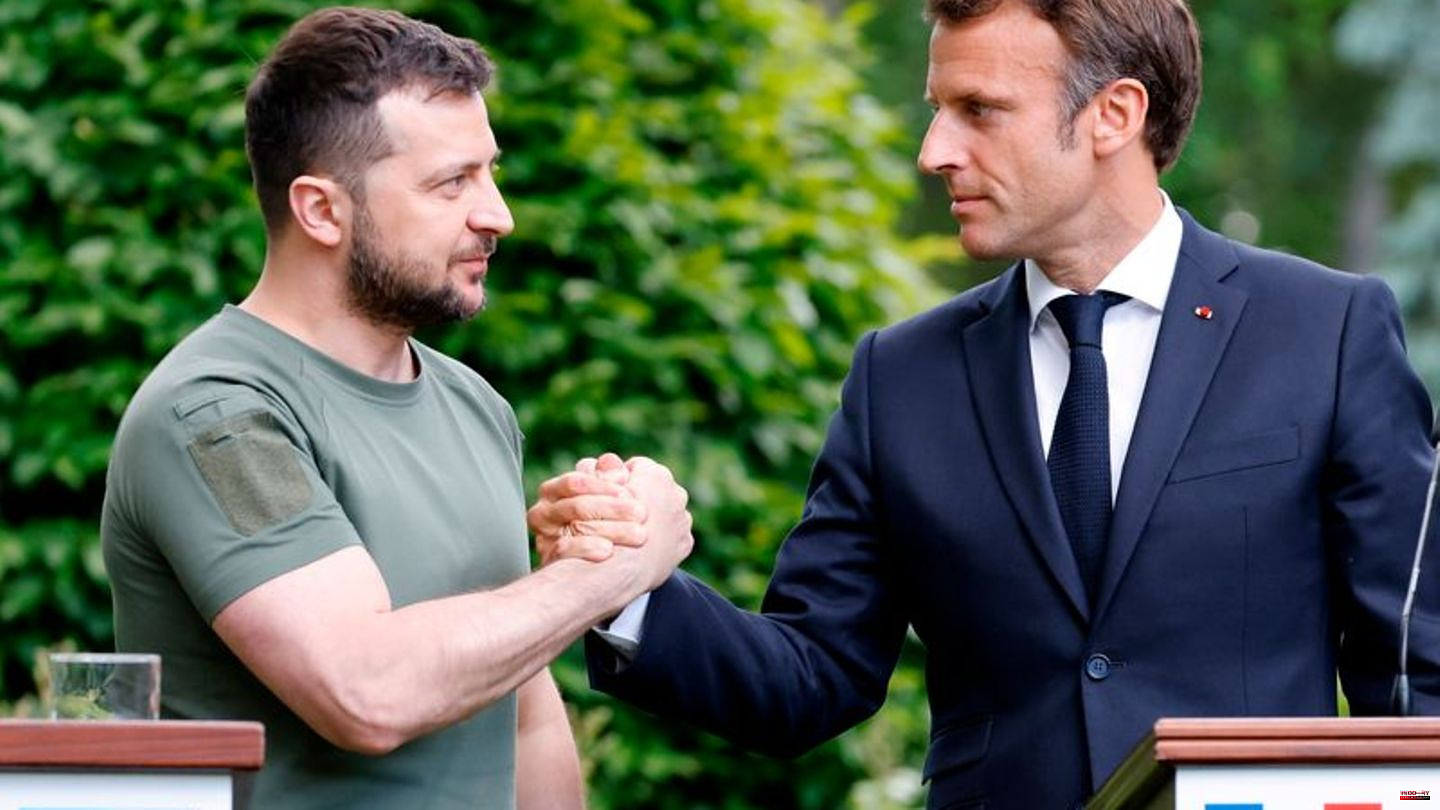 The Ukrainian President Volodymyr Zelenskyy saw the announced delivery of French reconnaissance tanks as an important signal to other Western countries as well. "France is taking defense support to Ukraine to a new level and I thank President (Emmanuel) Macron for this leadership," Zelenskyy said in his video address last night.

Macron had previously promised Zelenskyy the delivery of the AMX-10 RC tank. The wheeled tank with a large cannon is primarily used for reconnaissance. In the occupied part of the Zaporizhia region, the Ukrainian army said it was able to strike Russian soldiers again.

Macron announced the planned delivery of the tanks after a phone call with Zelenskyy. How many tanks France wants to hand over to Ukraine by when was initially unclear. The Élysée Palace said these were the first western-style main battle tanks to be delivered to the Ukrainian armed forces. Zelenskyj praised: "This sends a clear signal to all our partners: There is no rational reason why tanks of Western design have not yet been delivered to Ukraine."

In fact, Ukraine has received Western tanks in the past, although these tended to be troop carriers like the US model M113 - a smaller tracked vehicle. Germany has also provided Ukraine with 30 Gepard anti-aircraft tanks. Ukraine, which was attacked by Russia, has not yet received a full-fledged Western main battle tank such as the French Leclerc model or the German Leopard.

Kyiv: Dozens of Russians killed or injured in Zaporizhia Oblast

The Ukrainian military reported another successful attack against Russia's army. In the occupied city of Tokmak in the southern Ukrainian region of Zaporizhia, 80 Russian soldiers were killed or injured in an offensive on Tuesday, the general staff in Kyiv said.

A spokesman for the Russian occupation administration of Zaporizhia Vladimir Rogov, however, claimed that the Ukrainian attack was aimed at the Tokmak district hospital. A military doctor and several patients were killed. In addition, pictures of a badly damaged building were shown. However, there was no independent confirmation of the information.

For days, Ukraine has repeatedly reported massive blows to Russian troop concentrations. According to Kiev sources, 400 enemy soldiers were killed in an attack on a Russian military barracks in Makiivka in the Donetsk region alone, and 500 in another offensive in the village of Chulakivka in Kherson. Moscow, on the other hand, has so far only admitted at least 89 deaths in its own ranks with a view to the Ukrainian artillery strikes on New Year's Eve.

In the Ukrainian church dispute, the new Orthodox Church of Ukraine will hold its Christmas mass in the famous Kiev Cave Monastery for the first time. According to the calendar of the Orthodox Churches, the service will take place next Saturday. Previously, the rival Ukrainian Orthodox Church's lease on the cathedral had not been renewed at the end of the year.

The Ukrainian Orthodox Church, which traditionally has close ties to Russia, only completely broke away from Moscow after the Russian invasion last February. Previously, the Orthodox Church of Ukraine had been founded as the new national church in 2018 with state aid. It is assigned to the Ecumenical Patriarchate of Constantinople (Istanbul).

Heavy fighting between Russian and Ukrainian troops continues in the Donbass. Russia continues to try unsuccessfully to take complete control of the illegally annexed Luhansk and Donetsk regions. Fighting also continues in the Cherson and Zaporizhia areas occupied by Moscow but also partly liberated by Ukraine. 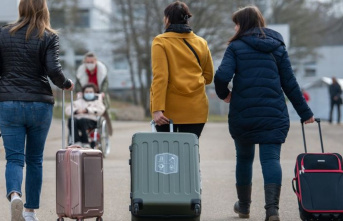