After the Ukrainian attacks on a Russian military base in Makiivka in the Donetsk region, the Ministry of Defense in Moscow corrected the number of its own soldiers killed by more than 20 to 89. 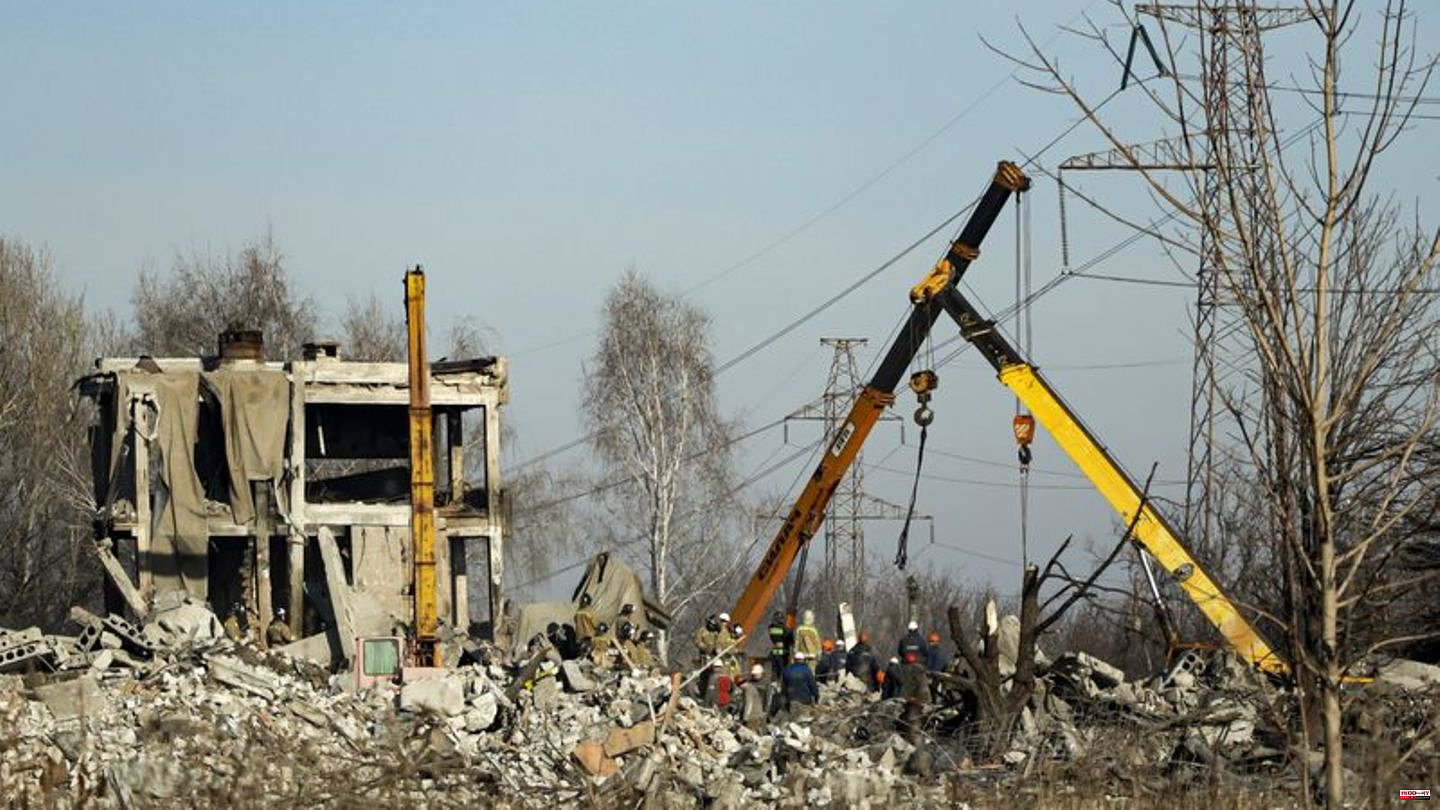 After the Ukrainian attacks on a Russian military base in Makiivka in the Donetsk region, the Ministry of Defense in Moscow corrected the number of its own soldiers killed by more than 20 to 89.

The men and the deputy commander were found after the rocket attack on New Year's Eve in the rubble of the collapsed reinforced concrete building, said Lieutenant General Sergey Sevryukov in Moscow at night. Previously there had been talk of 63 deaths. Ukraine had fired at the shelter with the US's Himar multiple rocket launcher.

Sevryukov also acknowledged mistakes for the first time, thereby confirming media reports. According to him, the main reason for the "tragedy" was that the soldiers used their mobile phones en masse on New Year's Eve, despite a ban, thereby alerting the Ukrainian side to their location. Accordingly, the Ukrainian armed forces shot down six rockets, four of which hit and two were intercepted, it said. Ukraine had spoken of 400 dead and 300 injured in Makiivka (Russian: Makejewka).

The investigations are still ongoing, but so much about the background is already clear, said Sevryukov. "This factor allowed the enemy to determine the direction and locate the coordinates of the position of the soldiers in order to carry out the missile strike." Care is currently being taken to ensure that this does not happen again. In addition, the guilty officials would be held accountable.

According to the ministry representative in Moscow, the Himars system from which the shots had been fired was located and destroyed. In return fire, Russian troops in the Donetsk region also destroyed four Himars launch pads, four combat vehicles, more than 800 projectiles and killed more than 200 nationalists and foreign legionnaires. This information could not be verified independently.

In the past, too, there were repeated reports of serious mistakes made by Russian commanders in this war. The Ukrainian leadership has repeatedly stressed that the "enemy's stupidity" sometimes makes it easy for the military to achieve success. Kremlin chief Vladimir Putin has already suffered numerous defeats in the invasion of Ukraine that he began on February 24.

Zelenskyj appeals again to the West

Meanwhile, Ukrainian President Volodymyr Zelenskyy called on the international community to strengthen his country's defense capabilities after new Russian missile strikes. Ukraine is preparing for a new wave of mobilization by the "terror state" Russia and must therefore be prepared, said Zelenskyj in his video message distributed in Kyiv yesterday evening. After telephone calls with the heads of government of the Netherlands, Great Britain, Norway and Canada, he called for everything to be done to ensure Russia's defeat in the war.

Russia will leave no stone unturned to turn the war around and avoid defeat. "We have to destroy this scenario of the Russians," Zelenskyj said. "The terrorists must lose." Russia will mobilize new reservists who will be sent to their deaths, he said. Ukraine, in turn, must mobilize the civilized world.

In his speech, the 44-year-old also condemned the Russian rocket attack on the "Altair" ice rink in Druzhkivka in the Donetsk region, where children also trained. People have long experienced the stadium as a place of joy. The destruction is new evidence that Russia is a "terror state".

Zelenskyi also informed that at a meeting with the Ukrainian military leadership he spoke about the needs of the country in the field of defense and energy supply. He did not give details. After a meeting with US Chief of Staff Mark Milley, the supreme commander of the Ukrainian armed forces, Valeriy Zalushny, informed about "heavy fighting" around the strategically most important city of Kreminna in the Luhansk region and in the direction of Lysychansk.

The situation in the Bachmut area was the most difficult. "There the enemy is actually trying to advance further on the corpses of their own people," said Zalushnyj. However, the Ukrainian forces prevented the enemy advance.

Heavy fighting between Russian and Ukrainian troops continues in the Donbass in this war of attrition. Russia is trying unsuccessfully to further bring the illegally annexed areas of Luhansk and Donetsk under its control. Fighting also continues in the Cherson and Zaporizhia areas occupied by Moscow but also partly liberated by Ukraine. 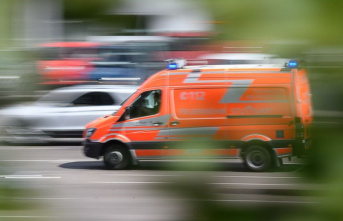