Faced with cold and darkness in Ukrainian cities as a result of massive blackouts, President Volodymyr Zelenskyy invoked his people's spirit of resistance against the Russian invasion.

Faced with cold and darkness in Ukrainian cities as a result of massive blackouts, President Volodymyr Zelenskyy invoked his people's spirit of resistance against the Russian invasion. "We survived a full-scale war for nine months, and Russia didn't find a way to break us. And it won't find one," Zelenskyy said in his evening video address on Thursday. "We must carry on as we are right now, in unity and mutual aid." Russia invaded the neighboring country on February 24. Russian shelling in the city of Cherson in southern Ukraine killed 7 and wounded around 20, regional authorities said.

Putin plans to meet with the mothers of soldiers deployed or preparing to serve in Ukraine on Friday. The Kremlin announced that mothers of professional and temporary soldiers, volunteers and conscripted reservists were invited. After the partial mobilization, mothers in some regions complained that their sons were being sent into battle ill-equipped.

The news of the 275th day of Russia's war against Ukraine in the stern live blog: 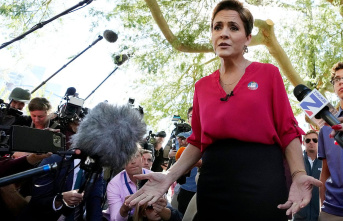