Russia makes tough demands of NATO for a security pact

MOSCOW (AP), Russia published Friday draft security demands to NATO that Ukraine and other ex-Soviet countries be denied membership. They also propose that NATO reduce its military deployments in Central Europe and Eastern Europe. These bold ultimatums are almost certain not to be accepted by the U.S. or its allies. 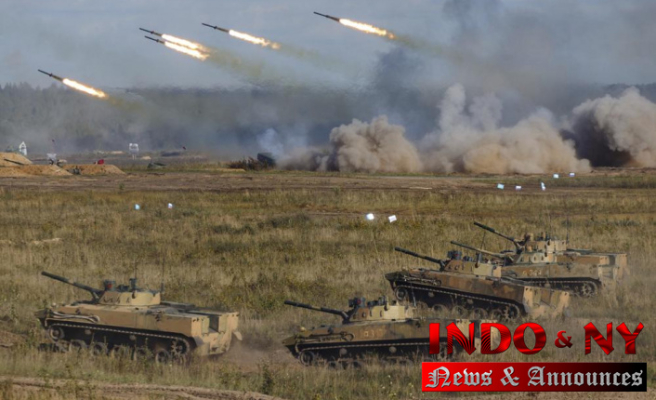 These proposals were presented to the U.S. earlier this week and include a ban on U.S. warships and Russian aircraft being sent to areas where they could strike each other's territories, as well as a halting of NATO military drills close to Russia.

The West rejected the demand for a written assurance that Ukraine wouldn't be offered membership. It stated that Moscow does not have any say in NATO's expansion.

NATO's secretary general responded to Friday's statement by emphasizing the need for security talks with Moscow to consider NATO concerns, and include Ukraine and other partners. The White House said that it is also discussing the proposals with U.S. allies, partners, but noted that each country has the right to decide their own future without interference from outside.

The demands, which are contained in a proposed Russia/U.S. security deal and a security accord between Moscow and NATO, were published amid rising tensions due to a Russian troop buildup close to Ukraine. This has raised concerns about an invasion. Moscow denies it plans to attack its neighbor but seeks legal guarantees that prevent NATO expansion and weapons deployment there.

Moscow is asking the U.S. for talks to be initiated immediately over the Geneva proposals, he stated to reporters.

He said that all 30 NATO members "have made it clear that if Russia takes concrete steps to reduce tensions we are ready to work with them on confidence building measures."

Jen Psaki, White House Press Secretary, noted that Moscow has been involved in strategic security talks for decades. She added that there is no reason why we shouldn't move forward to reduce instability. However, we will do this in partnership with our European allies, and with their cooperation.

Psaki stated that there will not be any talks about European security without the support of our European allies or partners. "We won't compromise the core principles upon which European security was built, including the freedom of all countries to determine their future and foreign policies without interference from outside."

In a video conference last week with Joe Biden, President Vladimir Putin demanded security guarantees. Biden expressed concern over the buildup of Russian troops in Ukraine and warned that Russia could face "severe penalties" for attacking its neighbor.

According to U.S. intelligence, Russia has moved 70,000 troops along its border with Ukraine and is planning for an invasion in the early part of next year. Moscow denied any intention to attack, and accused Ukraine that it planned an offensive to reclaim eastern Ukraine from rebel-held forces -- a claim Kyiv rejected.

After Russia's 2014 annexe of Ukraine's Crimean Peninsula, fighting between Ukrainian forces in eastern Ukraine and Russia-backed separatists began. It has claimed the lives of more than 14,000 people, and decimated Ukraine's industrial heartland known as Donbas.

Washington and its allies would be required to agree to stop NATO's eastward expansion in order to include other ex Soviet republics, and to cancel a 2008 promise to Ukraine and Georgia. Moscow's demand has been strongly rejected by the alliance.

These demands would also prevent the U.S. from establishing military bases in Georgia, Ukraine, and other ex-Soviet countries that aren’t NATO members.

The proposal contains a demand for NATO to reduce troop deployments in Central Europe and Eastern Europe. It states that the parties will not send troops to any areas they haven't been in 1997, before NATO's eastward expansion began.

In 1999, Poland, Hungary, and the Czech Republic joined NATO. They were followed by Bulgaria, Romania and Slovakia in 2004, and then Slovenia, Slovenia, Bulgaria, Slovakia, Slovenia, and the former Soviet republics Estonia, Latvia, and Lithuania in 2004. The NATO membership grew to 30 countries in the years that followed, with Albania, Montenegro, Montenegro, North Macedonia, and Montenegro joining.

The draft proposals include a ban on U.S. and Russian warships, and aircraft being deployed to "areas in which they can strike targets on territory of the other side."

Moscow has complained for years about U.S. patrol flights of strategic bombers close to Russian borders, and the deployment U.S.- and NATO warships in the Black Sea. They have called them provocative and destabilizing.

Russia's draft includes a promise not to place intermediate-range missiles anywhere they could strike another party's territory. This clause follows the U.S.-Russian withdrawal from a Cold War-era agreement banning such weapons. 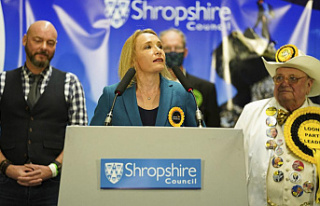