Questions and Answers: "On the Edge of Armed Conflicts": Why Kosovo and Serbia are hostile to each other

In the border area between Kosovo and Serbia, tensions between the neighbors have been manifesting themselves for years. 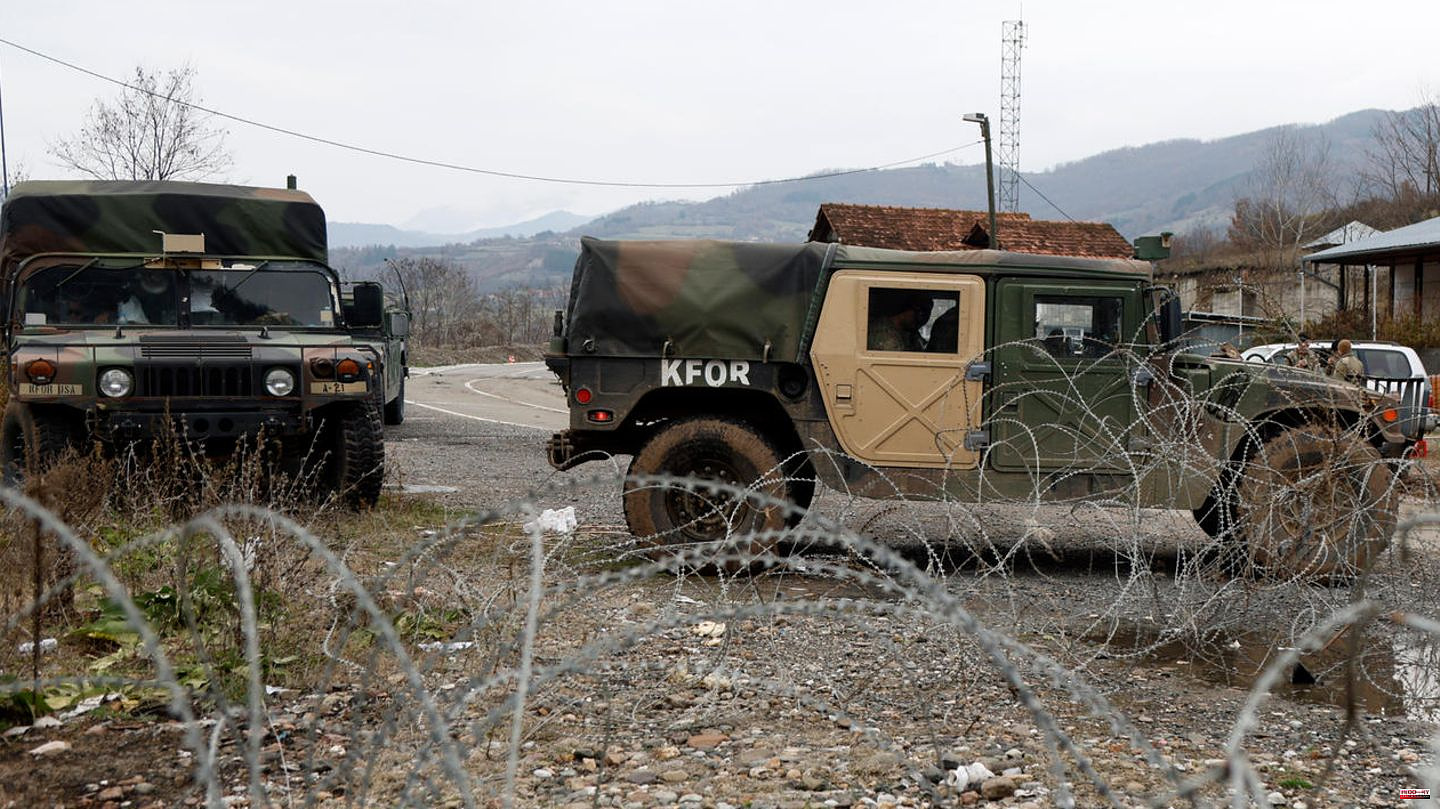 In the border area between Kosovo and Serbia, tensions between the neighbors have been manifesting themselves for years. At the beginning of the week, the situation came to a head again when Serbian President Aleksandar Vucic again put the army on high alert and ordered the presence of troops at the border to be increased from 1,500 to 5,000. Two days later he visited an army barracks in the town of Raska near the border and via Instagram thanked all members of the security forces who would do anything to protect the Serbs in Kosovo.

In view of the growing tensions in northern Kosovo, Serbia's Prime Minister Ana Brnabic recently warned that both countries were "really on the brink of armed conflict". Brnabic blamed the government in Pristina for the aggravation of the situation. Kosovo's Security Council, on the other hand, blamed Serbia for the deterioration in relations at a meeting on Monday. The committee criticized that Serbia was "using all available means against the constitutional order of the Republic of Kosovo".

A few weeks ago, hundreds of Serbian police officers, judges, prosecutors and other officials in Kosovo stopped their work because the government in Pristina wanted to oblige Kosovo Serbs with Serbian car number plates to replace them with Kosovar number plates within two months. The license plate rule was then postponed, but the Serbian police officers and civil servants did not return to their jobs. Plans by Kosovo to hold local elections in the Serb-majority areas on December 18 have had to be shelved. The main Serb party announced its boycott, and as the electoral authorities were about to start preparations earlier in the week, shootings and explosions erupted.

Since December 10, militant Serbs, mostly recruited from the criminal and secret service milieu, have been blocking the roads leading to the border crossings to Serbia in the villages north of North Mitrovica. They are protesting against the arrest of a former Kosovo police officer of Serbian origin who, according to the Kosovar authorities, had led attacks on officials of the electoral commission. Just hours after the barricades were erected, Kosovo police reported three gun attacks. On Sunday, according to Kfor, shots were fired in the direction of soldiers of the NATO peacekeeping force.

Because of the tense situation, the Foreign Office in Berlin last week advised against "travel to the north of Kosovo that is not absolutely necessary". It could come to "restrictions on freedom of movement due to road blockades" in several areas, it said. There is also an "increased risk of violent incidents".

The Foreign Office has long been warning on its website of possible "difficulties up to and including refusal of entry" when entering Serbia from Kosovo. "It is only possible if you have entered Kosovo by land from Serbia and the total travel time does not exceed three months," writes the authority. Kosovar entry stamps are mostly invalidated by the Serbian authorities. Travelers who do not want a Kosovar entry stamp in their passport can notify the Kosovar border police upon arrival.

The conflict between Kosovo and Serbia is deeply rooted in the neighbors' past. In the Middle Ages, the Kosovo region was the seat of the religious and political center of Serbia. As the Ottoman Empire continued to expand into Europe and occupied the area in 1389, the Christian Serb population began to migrate and Muslim Albanians followed. Eventually, in the 20th century, the Albanians became the largest population group and the Serbs an ethnic minority.

Against the will of the Albanian majority, after World War I in 1918, Kosovo became part of the newly formed Kingdom of Yugoslavia, which also included the constituent republic of Serbia. In 1974 the area was declared an autonomous province of Serbia. Fifteen years later, then-Serbian President Slobodan Milosevic revoked Kosovo's autonomy and sent troops to quell protests.

The dispute over the status of Kosovo finally culminated in the 1998-1999 war between the Yugoslav army and Serbian paramilitary forces on the one hand and the Kosovo Liberation Army (UCK) and, from 1999, NATO forces led by the USA on the other . During the war, the Kosovar and especially the Kosovar-Albanian civilian population became victims of systematic raids, expulsions and mass murders. The UÇK was also guilty of serious human rights crimes. The war eventually ended with the complete withdrawal of Serbian security forces and administration from Kosovo. The province was placed under UN administration and NATO stationed the Kfor protection force there, which also includes the Bundeswehr. Around 200,000 Serb residents and non-Albanians fled Kosovo's attacks.

In 2005, Kosovo's interim parliament, installed by the United Nations, voted to establish an independent state. As a result, the UN launched a mediation mission about the future status of the Serbian province, which was declared a failure two years later. As a result, on February 17, 2008, Kosovo unilaterally declared its independence. To this day, Serbia does not recognize this statehood and claims Kosovar territory as a central element of religious and national consciousness. The border between the two countries is therefore simply referred to as the "administrative line" by Belgrade.

Against this background, Serbia supports and encourages its own minority in northern Kosovo in their attempts to defy Pristina's authority and repeatedly fuels tensions in the neighboring country. In the last five years, President Vucic has put the Serbian armed forces on high alert six times. In all cases this had no consequences.

More than 110 states consider Kosovo's secession from Serbia to be legitimate and have recognized the Republic of Kosovo - including Germany and the USA. Russia and China, which reject the right of peoples to self-determination enshrined in the UN Charter for domestic reasons, see the independence of Kosovo as a violation of Serbian sovereignty in violation of international law.

Within the European Union, the attitude towards Kosovo is inconsistent: In addition to Germany, 21 other EU countries recognize the country as independent. However, Spain, Greece, Cyprus, Slovakia and Romania do not. The background here is also the autonomy efforts of minorities in these countries, such as the Catalans in Spain.

Since 2011, mediated by the European Union, talks have been held on normalizing relations between Kosovo and Serbia. Serbia is a candidate for EU membership and Kosovo is considered a potential candidate country and submitted an official application for EU membership two weeks ago. However, the European Union makes the accession of the countries dependent on reforms and substantial progress in overcoming the inter- and internal conflicts - and both of these are currently very far away. In the case of Kosovo, there is also the lack of recognition by the EU member states Spain, Romania, Slovakia, Greece and Cyprus. That is why Kosovo is the western Balkan country which is still the furthest away from possible EU accession.

This is not without risk for the EU either, as the Federal Agency for Civic Education (BpB) states: "As long as influential EU states such as France block the admission of new members, there is a real danger that the willingness to reform on the part of Kosovo and the others States in the region flagged," warns the BpB. And postponing EU membership indefinitely not only reduces the willingness of Pristina and Belgrade to implement the agreed reforms and continue their dialogue under EU mediation, it also opens the door to other powers such as China, Turkey and the Gulf States in the region . Russia is also trying to reactivate its traditionally strong presence.

The conflict between the neighbors is also increasing resentment among the population and deepening the divisions, writes the Federal Agency. Kosovo Albanians, who made up about 87 percent of the population, and the approximately eight percent Kosovo Serbs lived largely separately in their own neighborhoods and villages. Serbs, but especially the smaller minorities—Montenegrins, Turks, Bosniaks, Roma, Goranci, Ashkali, and Jews—suffered from discrimination in areas such as land and property purchases, education, and job-hunting. 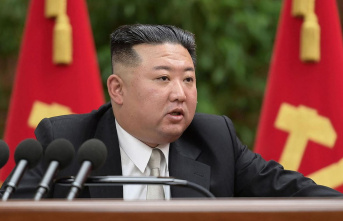