Federal Minister of the Interior Nancy Faeser (SPD) has encountered strong resistance from the Union with her plans to reform nationality law. 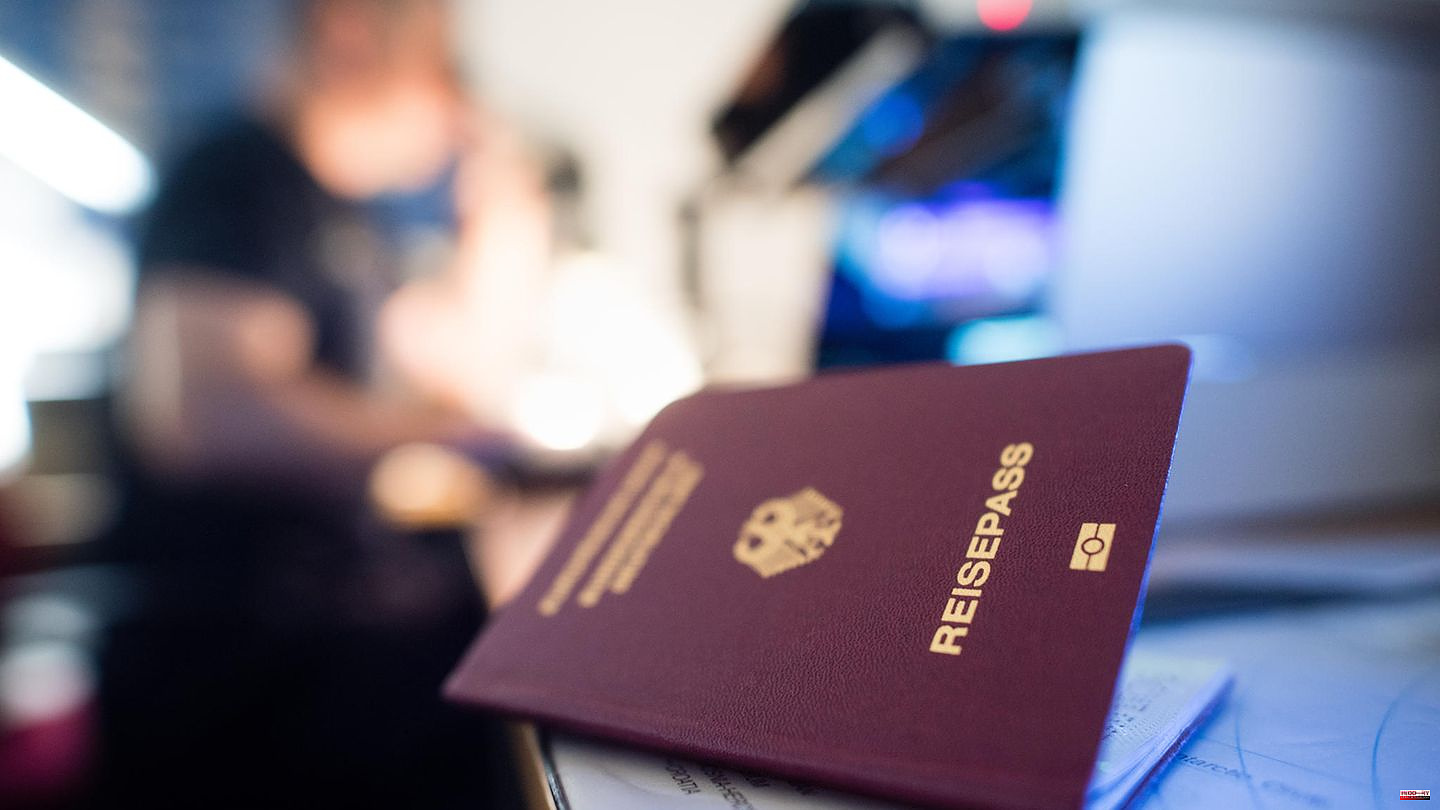 Federal Minister of the Interior Nancy Faeser (SPD) has encountered strong resistance from the Union with her plans to reform nationality law. But FDP politicians are now also raising concerns. The Interior Ministry points out that facilitated naturalization has been agreed in the coalition agreement. The Federal Ministry of the Interior is therefore "very optimistic" that further coordination with the other government departments can soon be completed, according to a ministry spokesman. The press is already warning of a new coalition crash.

It is long overdue that the traffic light government set out to facilitate the influx of skilled workers, integration and naturalization. This is in the national interest. State and society depend on immigrants being loyal to democracy and the liberal social system. Such loyalty is achieved primarily through integration and genuine participation, i.e.: citizenship.

Nevertheless, the criticism from the Union and parts of the FDP should be taken seriously. Facilitating naturalization but still not having a recipe to stop illegal migration or to consistently return criminal asylum seekers to their home country does not exactly strengthen trust in politics. German citizenship must remain a valuable asset, and commitment to the Basic Law and to our pluralistic society must be more than lip service.

But Interior Minister Faeser's draft law is far too little about successful integration into the labor market. The SPD politician basically wants to naturalize more people. Hence the possibility of dual citizenship and shorter waiting times. But anyone who sees their future in Germany will certainly not base their decision on whether they can acquire German citizenship after five years instead of eight. Faeser will have to improve.

The FDP has objected to a proposal from the Ministry of the Interior that corresponds to the coalition agreement that they signed themselves. What this is all about can only be explained by the fact that the Liberals - otherwise here actually on the side of the Greens - get to feel the displeasure of their electorate in asylum and immigration policy. (...) In practice, the most important role is not how the contract works, after how many years an immigrant can be naturalized, but what he can do and what he wants. (...) That German citizenship is being "squandered" as a result is the wrong accusation. But the point is that someone who wants to become German should see a value in it that goes beyond "participation". You have to have that much self-confidence.

Are we selling off German citizenship? Will the German passport be devalued, given away without the necessary integration work being required? These are the fears that CDU/CSU politicians are currently fueling when they comment on Interior Minister Nancy Faeser's (SPD) plans to reform naturalization law. And the FDP is also currently on the brakes when it comes to implementing the plans. Faeser only wants to implement what the SPD, Greens and FDP agreed in the coalition agreement. In the future, naturalization should generally be possible after five years instead of after eight years, and after three years in the case of special integration achievements - at work and also in voluntary work. This is the opposite of junking. It is the signal: Those who make an effort and get involved in Germany should also quickly and easily belong. And this signal makes the most sense.

It would be right if SPD Interior Minister Nancy Faeser, who is responsible for the plans, concentrated on linking the acquisition of German citizenship to actual integration in a very explicit, detailed and non-negotiable manner. Because you can live permanently and legally in Germany without really being integrated - because the migrant communities offer (almost) everything you need. The parallel societies in the big cities bear witness to this. Even those who have lived in Germany for a long time, like the first generation of guest workers - whose contribution to the German economy is undisputed - do not have to be integrated in the right sense of the word. Where naturalization fails because of the language, the German passport will not improve integration.

The SPD party leader is right: Germany must become a modern immigration country. If only because of the demographic development. However, faster naturalization does not contribute to this. Better management and acquisition of immigrants is needed. Only the unregulated immigration and lack of integration concepts distinguish us from a modern immigration country. The result is that almost 60 percent of those receiving Harz IV or social assistance have a migration background. That's around 1.8 million people. Another consequence: 1.5 million Turks live permanently in Germany, but do not want to become German at all. The fact that foreigners will receive "citizen money" in the future and will be able to become citizens faster will not make this finding any better and probably not worse. The SPD wants to win back its former regular voters with a migration background. That will not work either.

For the CDU and CSU, the project is a godsend, railing against the "left" traffic light and mixing up the issue of naturalization with the fear that refugees will be overwhelmed again. Many municipalities complain that they can no longer accept all new arrivals. So why send such signals now? War in Ukraine, explosion in energy prices, refugees: there is certainly no lack of crises with potential for division. In any case, apart from the Minister of the Interior, hardly anyone noticed that the hurdles to naturalization are among the most pressing problems. It's also not true that immigrants who are serious about getting a German passport have to wait decades. This is still possible today after eight years.

Debates about immigration and naturalization always offer a high potential for political propaganda. The AfD will not deal with the issue responsibly, the Union should resist populist temptations. Anyone who wants Germany to remain a world leader economically, that they don't have to wait three months for craftsmen and that they themselves are well cared for in old age, should stand up for modern citizenship and immigration laws.

Germany is not as attractive as a country of immigration as some debates in this country would have you believe. If you look at the factors that make a successful immigration country - the influx of skilled workers, integration and naturalization - then Germany is not doing well. Recruiting nursing staff abroad only works in homoeopathic doses, the recognition of foreign qualifications is at least as complicated as German grammar, and when it comes to naturalization Germany is in the bottom third in a European comparison. It is therefore overdue that the traffic light government set out to facilitate the influx of skilled workers, integration and naturalization. This is in the national interest.