Political scientist Andrei Kolesnikov: "The Putin regime has arrived at totalitarianism" – what the Kremlin boss is doing with Russia

Last Friday, half the world watched as Vladimir Putin signed the treaties to include four occupied Ukrainian territories in the Russian Federation. 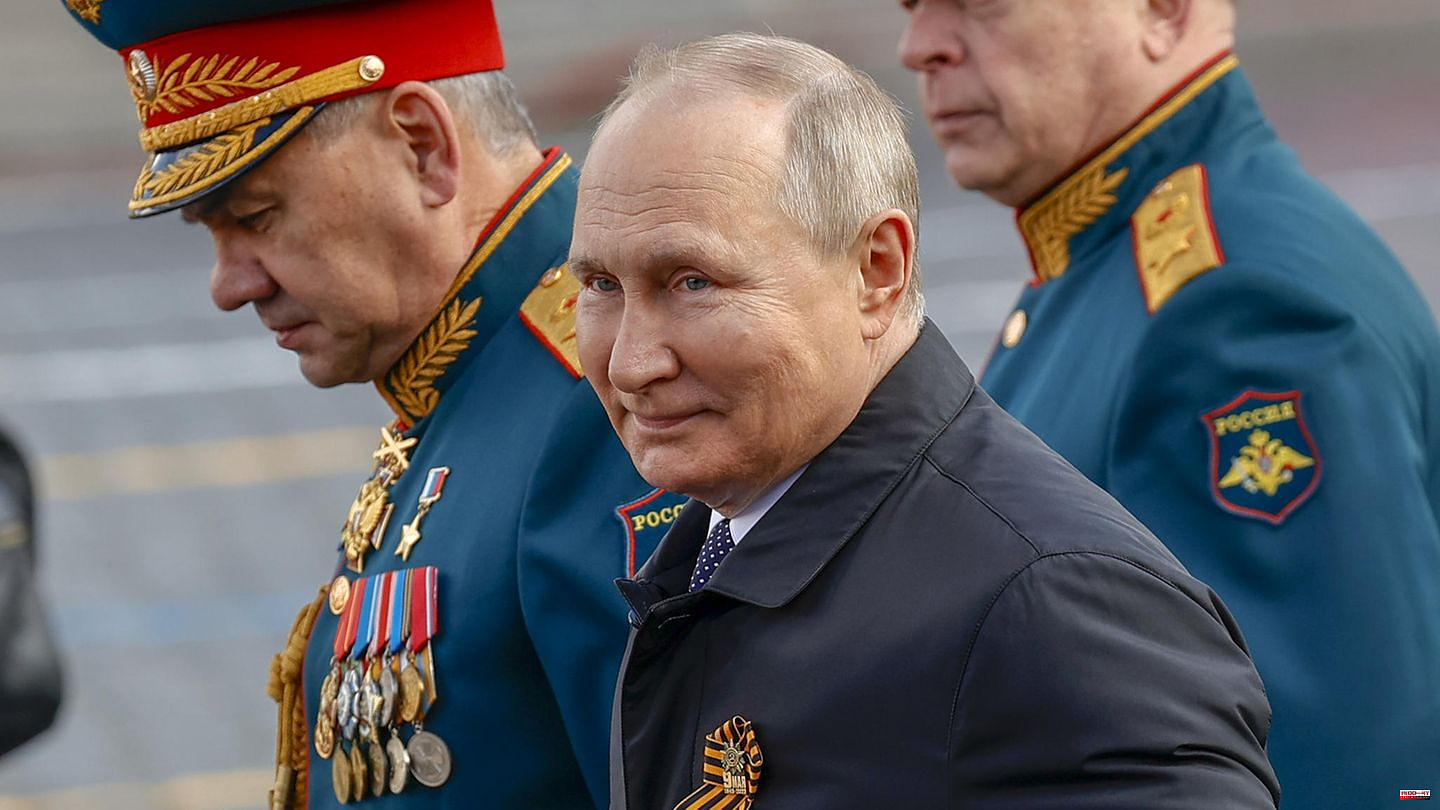 Last Friday, half the world watched as Vladimir Putin signed the treaties to include four occupied Ukrainian territories in the Russian Federation. A great moment for the Supreme Commander of the Russian Armed Forces. To which he has been working for so long, as he tried to explain to the assembled Russian elites in the George Hall in the Kremlin Palace and to the millions of viewers in front of the television screens in the almost hour-long speech that preceded the ceremonial act. At the same time, the Russian army had to flee the strategically important city of Lyman - a city that is part of the territory Putin had declared his own. "Yesterday they attached Lyman to Russia 'forever' to evacuate the city today," scoffed Russian political scientist Abbas Galliamov.

What is going on in the country that apparently no longer wants to live together with its president in reality? In an interview, the renowned political scientist Andrei Kolesnikov explains what regime Putin built in Russia, why there can be no mass protests and what role propaganda plays. Unlike many of his colleagues who had to leave Russia, Kolesnikov is staying in Moscow.

stern: Mr. Kolessnikov, the Western world is watching with horror the developments that Russia has undergone in recent months. What is happening to your country?

Kolesnikov: Putin's regime has reached the peak of its development. By definition, it is an authoritarian regime that, on the one hand, resembles all other authoritarian regimes. On the other hand, Putin installed some new elements. Such a regime is anything but typical of the 21st century. Rather, it resembles those that emerged in the middle of the last century.

The Putin regime has arrived in totalitarianism. Characteristic of this is, for example, the coercion of people who are dependent on the state to certain actions and behavior. Employees in the education system are affected by this, for example: the Russian flag is now being hoisted in schools, and the morning begins with the Russian anthem. The first lesson of every Monday is called "Conversations about important things". Children are indoctrinated here.

What elements of totalitarianism do you still observe?

It's being denounced again. Denunciation is characteristic of totalitarian regimes. And, of course, militarization is taking place. Such regimes are in a state of perpetual war. Be it an information war, a war against one's own people, a war against the internal opposition or a war with external enemies. There is some logic in this context that Putin has taken the war beyond Russia's borders. This is the logic of the development of his regime.

When did it become clear that Putin had built a regime in Russia?

This regime was born in 2020 - when Putin changed the constitution when Alexei Navalny was poisoned. This year the screws have been tightened ever harder. And now we have what we have: a disaster. It is a political and economic catastrophe, but worst of all is the human catastrophe. The population will have to bear collective responsibility for what happened for many years to come. Our people will be in a deeply grave moral state for a very long time.

Russian journalist and political scientist and former editor-in-chief of the independent newspaper "Novaya Gazeta". Until his disbandment by authorities this year, he was head of the Department of Russian Domestic Policy and Political Institutions at Moscow's Carniege Center, a non-profit research organization focused on domestic and foreign policy, international relations, international security, and economics.

They say war is a logical consequence of regime consolidation. Is this logic Putin himself aware of? Or does he see war as the only way to stay in power?

I don't think he acts in an iron-disciplined manner according to a logical idea. Although I already sensed such a development when Putin entered the political arena. Nevertheless, I hoped that my analytical prediction would not come true. When Dmitry Medvedev showed up, I breathed a sigh of relief. It seemed as if Russia could develop normally. But 2012 showed that this will not be the case.

In 2012, Putin returned to the presidency, relegating Medvedev, who had warmed the seat for him, to the political fringe. Did this destroy all hope of democratic development?

From that point on we sank into authoritarianism. War is its final stage. But until the very end, nobody, not even the Russian elite, believed that Putin could destroy everything that had been built up over 30 years. Even what he built himself. During the first two years of his reign he was still constructive.

In fact, almost all the experts up to the end said that Putin would not start a war. They just didn't see a plausible reason for it.

Yes, that was such an unrealistic scenario. And now we live in this absolute dystopia, in the middle of this absurd scenario. And amazingly, people adapt to this scenario. Life goes on in Russia too. People try to focus on their private audio tracks. And the war takes place on a different soundtrack.

And yet the war is now finding its way into private life. At the latest when their own relatives are sent to the front.

A large number of my acquaintances are trying to take boys of military age abroad, to Yerevan or Tbilisi. It doesn't matter where. The main thing is that they do not stay in Russia. Very many young people are trying to start their studies abroad. Because nobody wants to kill. Because nobody wants to be murdered. Everyone is used to normal western life, at least in the big cities. War is mostly fought by people from poor enclaves, members of ethnic minorities, those who want to make money, or those who are mobilized, meaning they have no other choice.

So are people aware that a war is going on? But a large part still closes their eyes to it and devotes themselves to private life?

If we speak in front of the majority, then yes. Although there are also different opinions within this group. The hardliners want the war to continue - until victory, until the destruction of Ukraine. The moderates say that certain goals have already been achieved and negotiations can begin. And then there are people who have no opinion of their own. They accept what they are told on TV. They live by the motto: We are little people. The powerful will know what they are doing. If they say it, they really want to attack us.

But there are also people who are against this war. Between them there are conflicts of their own. For example between those who stayed and those who left the country. The latter accuse those who stayed in Russia of continuing to support Putin with their taxpayers' money. And those who stayed say for their part that the fugitives are afraid. They should come back and try to fight Putin if any criticism is followed. This is a very sad picture.

That doesn't sound like a united Russia that Putin is always talking about.

The war did not unite society. The war deeply divided society. Not just divided - polarized, radicalized. Those who didn't support Putin anyway hate him even more. And those who supported Putin are doing so even more now. Even if they are just as shocked by this war.

This division runs through families, friends, colleagues, schools, universities. The nation is in a very difficult state. And I fear for a very long time.

Again and again one hears people in Russia saying that they almost live in paradise on earth. You just have no electricity and no water. How can this discrepancy be explained?

Adjustment. These people have no other choice. Not everyone has the opportunity to leave the country. People understand that they have to keep living like this. That they have to follow certain rules in order not to lose their job. Many people depend on the state, which is one of the main employers. In poor regions, young people have almost no choice but to join the police, the army, the national guard or enter the civil service.

One likes to believe the talk that the West provoked all this. That the Ukrainian brothers had to be helped. That all the atrocities are staged fakes.

Does the propaganda fall on fertile ground?

In these layers of the population, an indispensable obedience to those in power has always been firmly rooted. Everything that comes from the authorities is taken as the ultimate truth. Added to this is the work of propaganda. Such a scale of propaganda has not been seen since Soviet times. And in the Soviet Union there was not such a language of hatred that is whipped at the population today.

The psychoanalyst and philosopher Erich Fromm described this phenomenon as the flight from freedom. Life is more comfortable for these people when they are told what to think or do. That is easier.

But there are millions of people in Russia who don't live like that. who don't think so. who actively resist. Or who are silent but hate Putin and his regime. There are very, very many such people.

But they are not visible. There are isolated bold actions and demonstrations. But why are there no mass protests?

Mass protests are not possible because the participants are arrested immediately. All. There were even arrests at Gorbachev's farewell ceremony - at a funeral! The people had come not only to say goodbye to Gorbachev, but also to their freedom. A total of 17,000 people have been arrested for various anti-war protests in recent months.

There is a lack of understanding in the West that Putin's regime is far tougher than the Soviet regime. Putin has built a police state, a military state. Under these conditions, it is impossible to expect mass protests when it is so dangerous and also not organizationally feasible. There is not a single opposition party. They have all been banned. There is not a single legal oppositional medium. They are all blocked and pushed abroad. There is not a single political organization that has not been destroyed or declared a "foreign agent". What protests? There aren't even any social networks left that you could use to organize a demonstration.

And the arrests are getting more and more brutal.

Since the protests in support of Alexei Navalny, the level of cruelty and brutality in the arrests has been a demonstrative red flag for everyone. People understand what is being done to them when they take to the streets. The message is clear: if you want to go to jail, you can protest. And there are people who still protest. Anyone who goes to demonstrate now can pack their bags right away and prepare for a new stage in their lives. 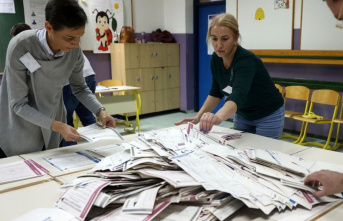