Political differences: Scholz and Macron look for solutions over lunch. You have a lot to talk about

Will Olaf Olaf Scholz and Emmanuel Macron be able to settle their differences over lunch? In any case, there are no big words to be expected about today's working lunch that go beyond a ritual commitment to Franco-German friendship. 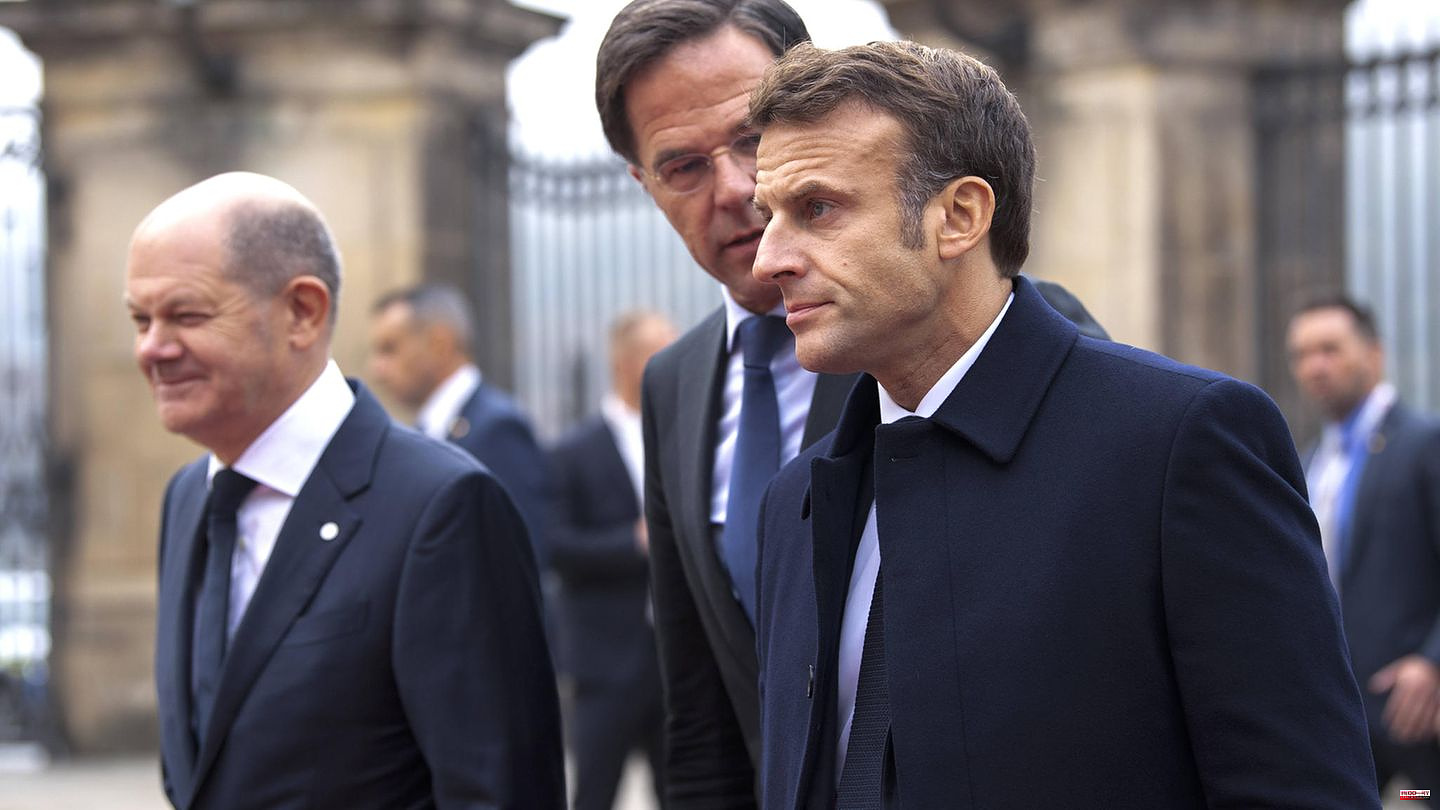 Will Olaf Olaf Scholz and Emmanuel Macron be able to settle their differences over lunch? In any case, there are no big words to be expected about today's working lunch that go beyond a ritual commitment to Franco-German friendship.

A press conference originally announced by the federal government will apparently not take place after all, so the Chancellor and the French President would forego a joint appearance in front of the cameras. Yet again. Even after Macron's recent visit to Berlin, the duo did not appear in front of the press - the meeting was "very informal", "without statements and anything like that," explained the Chancellor later.

Whether statements (and all sorts of things) or not: France and Germany think they are in a small relationship crisis. The shared lunch in Paris also bears witness to this.

Actually, the two countries would have tried to close ranks at the German-French Council of Ministers in Fontainebleau this Wednesday. However, the government consultations of the EU core states were postponed to January without further ado.

The background to this is logistical difficulties, explained government spokesman Steffen Hebestreit, who spoke of parallel appointments - and not of holiday plans by German cabinet members, as reported by the "Süddeutsche Zeitung" and "Spiegel". However, Hebestreit also cited the ongoing need for coordination on “bilateral issues” as a reason for the postponement, without going into more detail.

As an alternative, the working lunch between Scholz and Macron, without their ministers. The heads of government want to exchange views on current bilateral and European policy issues," as noted in the Chancellor's calendar. In fact, the two should have a lot to talk about. The differences in important areas such as defense and energy are large - and have recently come to light.

At the EU summit in Brussels, Macron is likely to have at least caused upset in Berlin when he warned of German isolation. What was meant was the German resistance to a European gas price cap in combination with the Chancellor's "double boom" to cushion the high energy costs. Some EU countries – including France – see a risk of distorting competition in this. Scholz, on the other hand, believes that France and many other countries are no different.

In Paris, the German 200 billion euro rescue package was apparently taken by surprise. "The Élysée Palace saw it as a serious problem that the traffic light government did not inform its closest partner in advance about the 200 billion euro relief package," quoted France expert Ronja Kempin from "n-tv.de". of the Stiftung Wissenschaft und Politik (SWP). The Macron team is angry that the head of the chancellery, Wolfgang Schmidt, was in Paris the day before the "double boom" decision and is said not to have mentioned the 200 billion package there.

But Macron doesn't always take the Franco-German vote too seriously. For example, he pushed ahead alone with the idea of ​​the European Political Community instead of presenting the proposal, which Berlin later supported, together with Scholz (read more about this here).

But in addition to the dispute over how to deal with the energy crisis, there are other controversial issues, especially in defense policy. In view of the war in Ukraine, both countries want to strengthen European defenses, but joint armament projects such as the development of the new FCAS combat aircraft are not making any real progress.

And while Germany wants to build a better European air defense system with 14 other countries, France is staying out, reportedly worried about a possible arms race. The reason for the French reluctance could also be that the defense system could come from Israel or the USA - and the French-Italian system Mamba is left out.

But despite all the dissonances, the progress in Franco-German relations should not be ignored either.

France has been supplying gas to Germany for the first time since the beginning of October and in return is supplied with (nuclear) electricity if the situation requires it. In addition, Macron has at least softened its opposition to Spain's connection to the European gas grid - the controversial "Midcat" pipeline will not be completed, which Scholz had advocated, but will be replaced by the construction of a third energy pipeline.

The German-French relationship may currently be more like a tension - but Scholz and Macron should be willing to gradually loosen it over their meal.

1 Chancellery: No connection between Cosco's decision... 2 Taiwan Diary Part 3: Mobility made in Taiwan: In Taipei,... 3 Cookbook author and anti-Semite: Will Attila Hildmann... 4 Videos from suppliers: animal rights activists accuse... 5 Schalke hammer: Rouven Schröder resigns 6 How a fake Schröder wanted to make Neururer a Schalke... 7 Prince Andrew and Prince Harry Debate: Will They Be... 8 "Ramstein - The pierced heart": The Flugtag... 9 Career: Snocks co-founder Johannes Kliesch on his... 10 Royal plans: Prince Harry and Prince Andrew are out:... 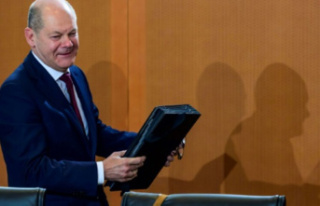 Chancellery: No connection between Cosco's decision...