The Congress of the Chinese Communist Party is to further expand the power of state and party leader Xi Jinping. 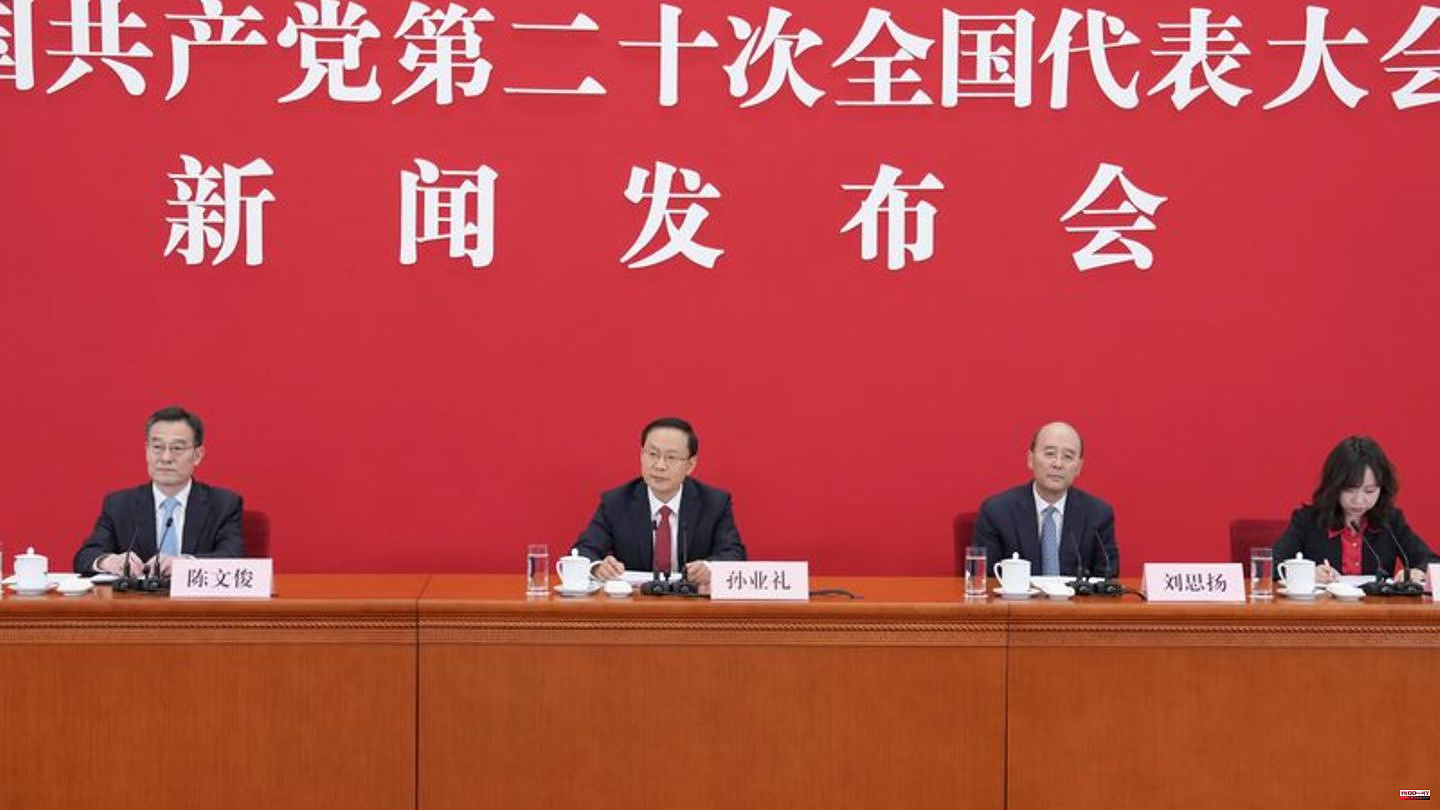 The Congress of the Chinese Communist Party is to further expand the power of state and party leader Xi Jinping. The party congress, which only takes place every five years, will set the course for a historic third term in office for the 69-year-old and anchor his ideology even more deeply in the party constitution. Meeting in the Great Hall of the People beginning Sunday, the nearly 2,300 delegates will approve amendments that reflect "new concepts, ideas and strategies," conference spokesman Sun Yeli told press on Saturday.

Against the background of growing displeasure among the people about the zero-Covid strategy and the heavy burden on the second-largest economy, the spokesman defended the strict measures against the corona virus. China has a large population and many old people. The development is regionally unbalanced. There is also a lack of medical resources. The "dynamic zero-Covid policy", as the strategy is officially called, has kept the infection and death rate low and economic development stable.

"All in all, China's Covid response is the most cost-effective and has worked best for our country," the spokesman said. However, he promised better coordination between preventive measures and economic and social impacts.

Curfews for millions of people

As the rest of the world tries to live with the virus, China remains steadfast in its zero tolerance goal. With lockdowns, everyday mass testing, quarantine and digital contact tracing, the authorities are trying to nip any outbreak in the bud. Tens of millions of Chinese are currently partially or fully affected by curfews. There are between 1,500 and 2,000 new infections every day across the country. Experts warn that new virus variants are spreading and the number of affected places is increasing.

Xi Jinping will open the party congress on Sunday with a statement of accounts. Delegates will nominate a new Central Committee of 370 members and candidates by Saturday, which is expected to meet the following Sunday. At this first plenary session, Xi Jinping is to be confirmed for an unusual third term as secretary-general. The Central Committee had already given him a virtual lifelong leadership mandate in November.

By disregarding previously respected term limits, Xi Jinping is demonstrating his power, which can only be compared to the rule of state founder Mao Tsetung. Because of the chaos that the "great helmsman" had caused with his sole rule, the following party leaders had actually introduced the model of "collective leadership", which Xi Jinping has steadily undermined since taking office ten years ago.

While Xi Jinping remains in office, the 25-strong Politburo and the powerful seven-strong Standing Committee will be replaced for reasons of age - primarily with loyal companions of the party leader. "Xi Jinping will be largely responsible for everything at the highest level," said Nis Grünberg from the China Institute Merics in Berlin. All other factions and or networks are switched off. "He actually runs the shop."

The change in leadership is a prelude to next March's People's Congress, when Premier Li Keqiang will step down and a new government will be installed. Exactly how the party constitution will be amended at the congress is still open. Among other things, the concept of the "Two Establishments" (Liang ge queli) could be included, which establish Xi Jinping's position of power as the core of the party and his ideas "for socialism with Chinese characteristics in a new era" as the guiding ideology. 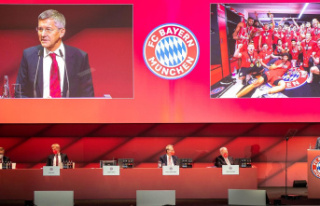