The traditional Epiphany meeting of the FDP has been around for more than 140 years. 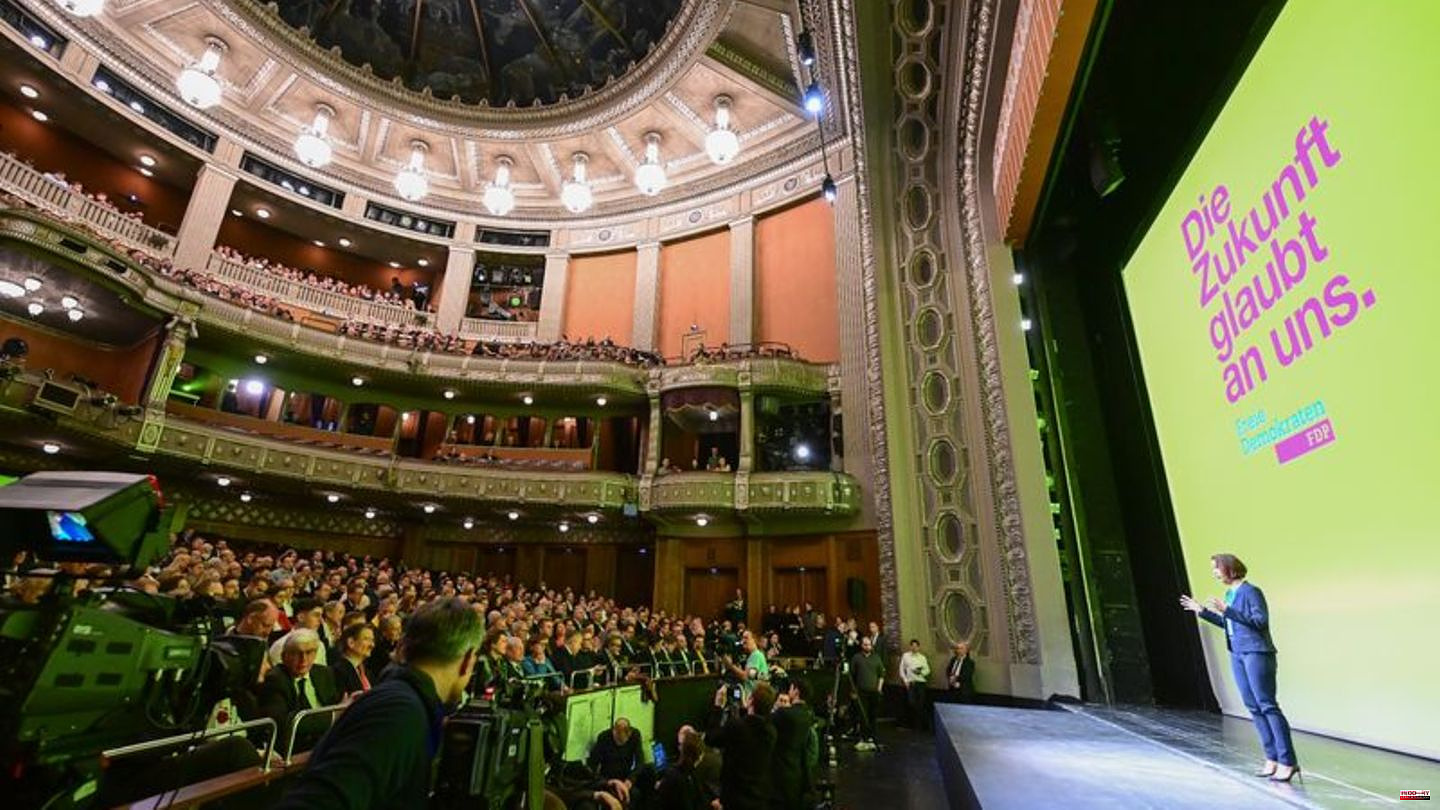 The traditional Epiphany meeting of the FDP has been around for more than 140 years. It marks the beginning of the political year and is a kind of gas station for liberal self-confidence. Pure FDP, so to speak. The Stuttgart Opera House has remained empty for the past few years due to the pandemic. Now guests were finally allowed to go to the State Opera again - but not only FDP fans were among them: A handful of climate protectors crept into the building on Friday with banners ("Better not to govern than wrong"), interrupted the speech by FDP leader Christian Lindner, and roared from the ranks.

Lindner reacted bitingly. "To be honest, I'd prefer you glued on," he called out to the activists from the stage. "Glue on, use a lot of glue, because if you tape here, you can't hinder anyone else."

The FDP needs a little self-love right now - because there is a lack of love from its own electorate. The liberals quarrel with the traffic light. There is talk in the party of a cultural foreignness in an alliance with two left-wing parties. The Baden-Württemberg parliamentary group leader Hans-Ulrich Rülke recently even said that the FDP was really suffering at traffic lights.

Cuddles for the liberal soul

At the Epiphany meeting, the federal party chairman tried to caress the liberal soul - and still defend the government's work. "We guided the country well through the crisis," says Lindner in the opera. The liberals would live up to their state political responsibility to ward off damage to the country. That's what matters, not isolated criticism or headlines. A lot has been achieved in the traffic light, says Lindner - and defends, for example, citizen money, in which the focus is now on the performance principle.

The FDP is a creative party, and 2023 will be a creative year, according to Lindner. He knows that he has an important year ahead of him with four state elections in Berlin, Bremen, Bavaria and Hesse. Despite all the difficulties, they want to move the country forward, he says. And: It is an illusion to believe that the liberals would have it easier with the Union: "It would only be different."

"We already knew back then how complicated the whole thing could get, how communication-intensive this coalition could become," agrees FDP General Secretary Bijan Djir-Sarai. But the FDP took responsibility while the Union was busy with itself. The FDP also has a special responsibility that the country is not governed from the left, but from the center.

Party leader Lindner wanders through the political departments in the opera and delivers sentences in his speech that can also be read as tips against cabinet colleagues. For example, for defense: there are not enough funds, and the "strategy, structure and leadership" of the Bundeswehr urgently needs an update. With regard to German foreign and China policy, he warns against "naivety and an excess of ethics". One should not detach oneself from China, the market is too important for Germany for that.

Lindner warns against protectionism, demands billions for education, easier immigration into the labor market and a technology freedom law. The FDP is bringing Germany back ahead economically, that is the core message of the Epiphany meeting. "If the coalition of SPD, Greens and FDP wants to have a chance of re-election, it will only succeed if it puts the country back on the road to economic success," says the party leader.

And in the end he advertises prospective tax cuts. A turning point in economic and financial policy is needed in 2023. Lindner is convinced that if medium-sized companies and craftsmen had the impression that the federal government was only concerned with defense policy, even though it was down to the nitty-gritty of the economy, there would be no chance of re-election for the alliance. You have to talk about the effective total load. "They don't know yet: But the SPD and the Greens must have a vested interest in the fact that at least the FDP hasn't stopped thinking about tax policy."

1 McCarthy is making headway in the fight for dissenters... 2 Business in Russia: Our man in Moscow: Why a German... 3 Crime: Woman found dead in apartment - chainsaw secured 4 Open dealings: The case of Werder professional Niklas... 5 Biathlon: Doll fourth in the sprint on the Pokljuka... 6 Streaming: Avenging Angel with Bone Saw - "Totenfrau"... 7 Sesame Street: Ernie in his pajamas at the "Daily... 8 Stock exchange in Frankfurt: Strong first stock market... 9 Labor market: Unemployment in the USA drops to 3.5... 10 Infidelity: Cheating statistics are increasing: There... 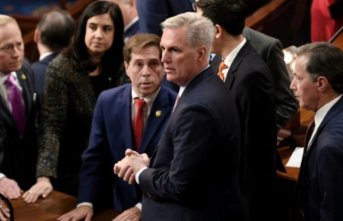 McCarthy is making headway in the fight for dissenters...