After the launch of a ballistic missile from North Korea, Japan has called on residents in the north-east of its country to evacuate. 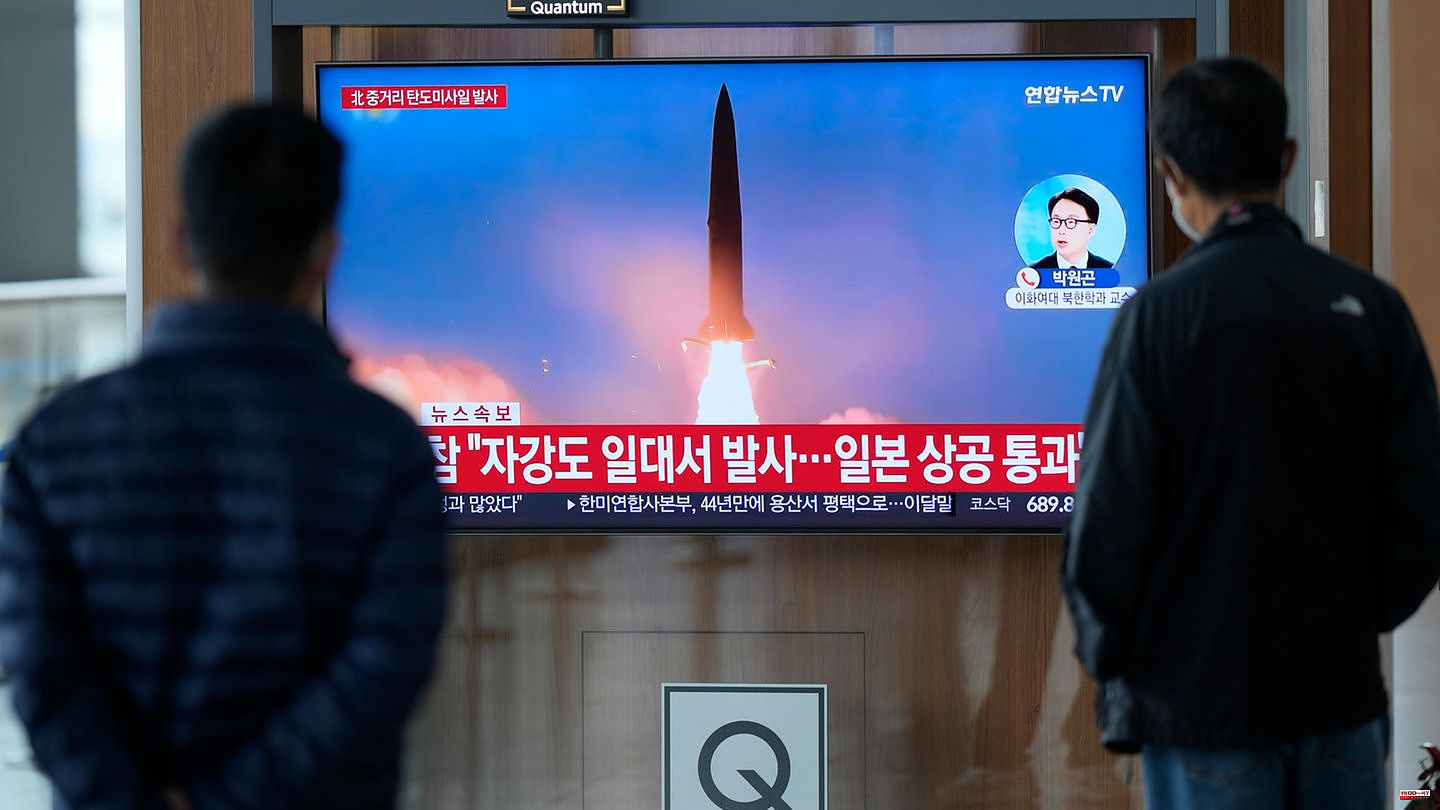 After the launch of a ballistic missile from North Korea, Japan has called on residents in the north-east of its country to evacuate. "North Korea appears to have fired a missile. Please evacuate to buildings or basements," the government said in a warning on Tuesday. Japan's Prime Minister Fumio Kishida described the incident as an "act of violence". The South Korean General Staff confirmed the increase in military readiness.

At around 7:22 a.m. (12:22 a.m. CEST), North Korea fired "a ballistic missile eastwards," Japan's government spokesman Hirokazu Matsuno told journalists. The details were still under investigation. However, no one was injured in the shooting down, he said.

The South Korean military confirmed the incident. It said it had discovered "a suspected intermediate-range ballistic missile" that was "launched from the Mupyong-Ri area of ​​Jagang Province and flying eastward over Japan." South Korea's General Staff said the military "maintains full readiness to work closely with the US and increase surveillance and vigilance."

Japan's J-Alert missile warning system was activated on Tuesday morning (local time) - a previously rare event. The alert was shown on the screens of state broadcaster NHK. NHK reported that the warning applies to two northern regions of the country. The Japanese Coast Guard later said the missile had apparently already crashed over the Pacific. She warned ships not to approach falling objects.

The Japanese government has condemned the North Korean missile test as an "act of violence" after "repeated ballistic missiles have recently been fired," said Prime Minister Fumio Kishida.

"If Pyongyang fired a missile over Japan, it would significantly escalate the recent provocation," said Leif-Eric Easley of Ewha University in Seoul. According to the political scientist, the North Korean government is working on developing weapons such as "tactical nuclear warheads and submarine-launched ballistic missiles" as "part of a long-term strategy to outperform South Korea in an arms race and drive wedges between US allies."

Washington and Seoul are close allies. Around 28,500 US soldiers are stationed in South Korea. Last week, the South Korean and US navies held a large-scale joint military exercise. On Friday, South Korea, Japan and the United States also started anti-submarine exercises for the first time in five years.

South Korea and the United States fear that Pyongyang could test nuclear weapons for the first time since 2017. According to South Korean and US officials, this could happen shortly after China's upcoming party congress on Oct. 16.

The largely isolated Asian country has tested nuclear weapons six times since 2006, most recently in 2017. As a result of these nuclear weapons tests, the UN Security Council was able to agree on sanctions against Pyongyang for the last time.

According to diplomats, North Korea has atomic bombs and ballistic missiles, but has not yet managed to combine these two technologies. UN resolutions also prohibit the country from testing ballistic missiles of any range that can also carry a nuclear warhead. 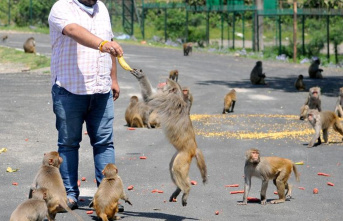