After Boris Palmer's triumph and the fiasco for the Greens in the Tübingen mayoral election, the party leadership is hoping for a rapprochement with the difficult-to-tame mayor. 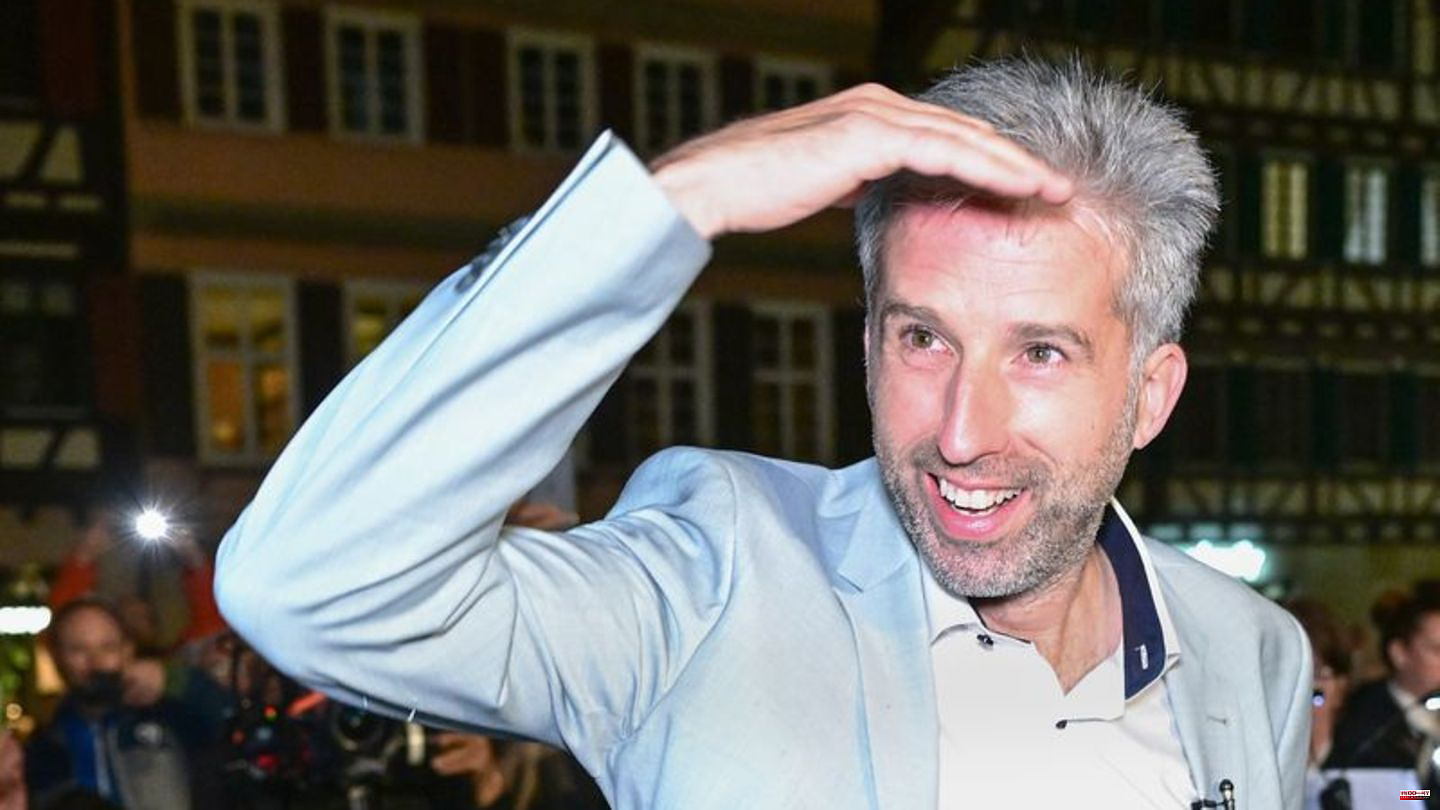 After Boris Palmer's triumph and the fiasco for the Greens in the Tübingen mayoral election, the party leadership is hoping for a rapprochement with the difficult-to-tame mayor. Green Party leader Omid Nouripour said after a meeting of the Federal Executive Committee in Berlin that the Green Party candidate, Ulrike Baumgärtner, had achieved a "respectable result" with 22 percent, for which the party leadership congratulated her.

"And I also congratulated Boris Palmer," said Nouripour. Palmer, who ran as an independent candidate, was successful this time "with soft tones". "Maybe there's a lesson to be learned from that." Palmer's membership in the Greens is currently suspended due to arguments about breaking taboos and allegations of racism.

The Realos at the Greens were pleased with Palmer's victory. Baden-Württemberg's Green Prime Minister Winfried Kretschmann (74) told SWR: "I'm happy for him. I'm friends with him." For the third term of office, he wanted to tell him that an OB should bring people together and "not polarize too much". Palmer himself wrote on Facebook that Vice Chancellor Robert Habeck also congratulated him. Palmer's old companion, Federal Minister of Agriculture Cem Özdemir, tweeted: "You can see it like this: Over 70 percent choose green in one way or another in Tübingen." And sent a "congratulations" to Boris Palmer afterwards.

Palmer: "I think this party should argue"

Palmer, probably the best-known local politician in Germany, was belligerent again after his clear victory with 52.4 percent in the first ballot. "A democracy in which there is no dispute is not one," he told the German Press Agency, citing a saying by the late former Chancellor Helmut Schmidt (SPD). "I think the negative evaluation of the word dispute is a serious mistake," said Palmer. "I think this party should argue." At the same time, he struck a conciliatory note. His intention and his offer is to campaign for his party, to join and to uphold the values ​​​​that are important to him. Ecology is the unifying bond of the Greens, which he will emphasize more in the future.

On Sunday, 50-year-old Palmer was elected mayor in the university town for a further eight years. He has been the head of the town hall in Tübingen for 16 years. Palmer did not run for the Greens but as an independent candidate because of internal party troubles. His party membership will be suspended until the end of 2023. The state association in Stuttgart congratulated Palmer on his re-election. When asked whether the election would affect dormant party membership, a spokeswoman said talks had already been arranged for next year.

Gossip for the party left

Palmer's success is a smack, especially for the left wing of the Greens. For many on the left, the mayor is a red rag. A brief look back: Almost five months before the general election, Palmer had sparked a debate about racism - on Facebook, with statements about former national soccer player Dennis Aogo. Palmer got into a violent shitstorm. He felt misunderstood - again. It's always the same pattern, said his opponents. For the chancellor candidate at the time, that was enough. Annalena Baerbock called Palmer's statement "racist and repulsive" and announced the consequences. The state board with the then left-wing chairman Oliver Hildenbrand then initiated a party order procedure.

Baden-Württemberg's Green Prime Minister Winfried Kretschmann (74), once Palmer's political mentor, had his doubts early on about the sense of the exclusion process. The Upper Realos in the Southwest Party were soon convinced that a win would embarrass Palmer. Kretschmann once asked publicly: "Who should win what in the end?" Shortly before the election, he refrained from answering the question who he was keeping his fingers crossed for.

Greens are weak in the municipalities

The defeat in Tübingen highlights the municipal weaknesses of the Greens in their home country. The eco-party currently only has two mayors, in Böblingen and in Göppingen. The times when the Greens also ruled in the state capitals of Stuttgart, Freiburg and Constance are long gone. The state party recently took up the cause of dedicating itself more to the local community. Because the departure of Prime Minister Kretschmann, who is also popular with conservative voters, is foreseeable in 2026. That is why the Greens want to create the conditions for staying in power after the departure of the guarantor of success.

Even after Palmer's election victory, opinions are divided on him. His old companion Cem Özdemir, Federal Minister of Agriculture, tweeted: "You can see it like this: over 70 percent choose green in one way or another in Tübingen." And sent a "congratulations" to Palmer afterwards. The tweet by Berlin Greens MP Vasili Franco shows how bitter some Greens are looking at Palmer: "With Boris Palmer, Germany now has its first AfD mayor. Sad!" He wrote. Shortly thereafter, Franco deleted the tweet and instead wrote: "It's 2022 and racism is still not an exclusion criterion." 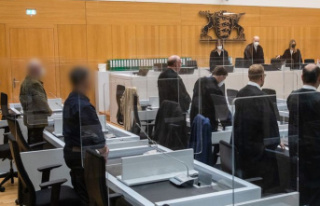