Even a day after a total of three leaks were found on the two gas pipelines Nord Stream 1 and 2, there are still many more questions than answers about the mysterious incident. 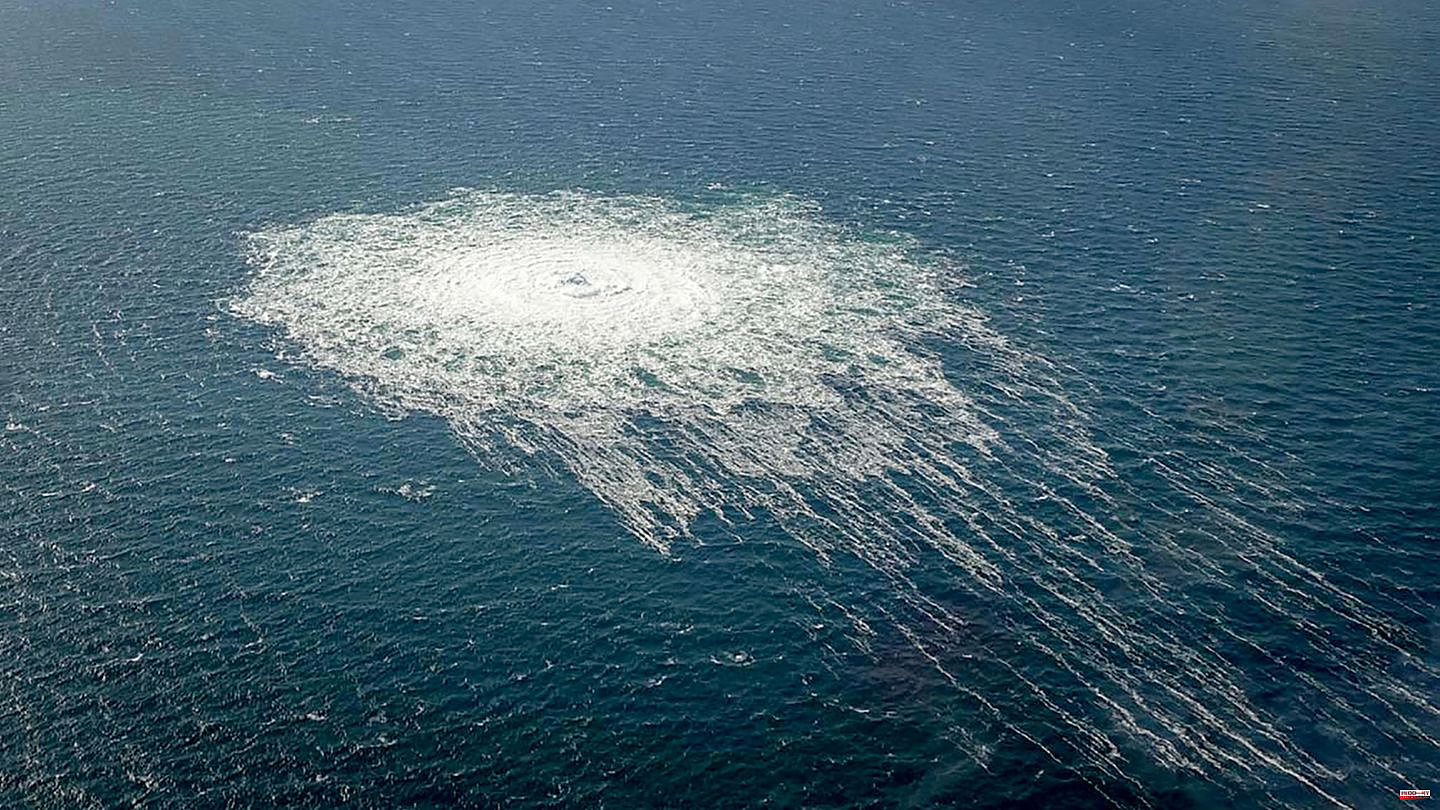 Even a day after a total of three leaks were found on the two gas pipelines Nord Stream 1 and 2, there are still many more questions than answers about the mysterious incident. Politicians and experts from Sweden, Denmark, Germany and the EU outdo each other with conjecture, speculation and possible explanations. Alone: ​​None of them provide a conclusive answer as to who might be the possible cause of the three holes in the two pipelines, which were apparently deliberately caused. Trying to shed some light into the darkness.

A pressure drop in the Nord Stream 2 pipeline, which was not commissioned, was first discovered on Monday night. On Monday afternoon, the Danish authorities confirmed that they had detected a leak in the pipeline in their territorial waters, southeast of the island of Bornholm. A pressure drop in both tubes of the Nord Stream 1 pipeline was also announced on Monday evening. The Danish Energy Agency now speaks of a total of three leaks, two in Danish and one in Swedish territorial waters.

Due to the sharp drop in pressure, it is believed that a large amount of gas escaped, suggesting extensive damage. Aerial photos from Danish fighter planes show that the turbulence on the water surface caused by the gas leak has a diameter of 200 to 1000 meters.

Late on Tuesday afternoon, Swedish radio (SVT) also reported, citing the National Seismic Network (SNSN), that measuring stations in Sweden had detected strong seismic activity. Björn Lund, Lecturer in Seismology at SNSN: "There is no doubt that these are explosions."

Nord Stream 2 was completed but never went into operation. For technical reasons, the pipeline is still filled with around 177 million cubic meters of gas. Nord Stream1 has been operational since November 2011. There has not been a comparable incident since commissioning.

The affected areas are 80 to 110 meters below the sea surface. Both pipelines have a diameter of around 1.15 meters. The enclosing steel walls are between 26.8 and 41 millimeters thick and also have multi-layer corrosion protection. The tube is also encased in a steel jacket weighing several tons. In view of these facts, accidental damage to both pipelines occurring almost simultaneously is almost improbable, so that ultimately only a targeted attack seems plausible as the cause.

Danish Prime Minister Mette Fredriksen was one of the first to use the word "sabotage". "It is difficult to imagine that this is a coincidence. We cannot rule out sabotage." A reading that many politicians and experts in Germany and Europe have now subscribed to. In view of the framework conditions (water depth, material, etc.) and the complexity of the operation, only a state actor could be considered, according to the unanimous analysis.

In general, underwater blasting is not rocket science, especially when - as in the Baltic Sea - it is not about great depths. Military divers of all nations are trained in it. Thus, sea mines of a possible opponent are usually blown up under water in a controlled manner, not defused. Civil blasting schools also offer such training, as do civil protection authorities such as, in the case of Germany, the Federal Agency for Technical Relief (THW). In principle, however, at least one second method of destruction is conceivable for a pipeline, say technology experts. The tube is serviced with a "pig," a remote-controlled cleaning robot that can be loaded with explosives if perpetrators have access to the system.

In view of the Russian war of aggression in Ukraine, it seems reasonable to link one of the two warring parties to the attacks. In Germany, the CDU politician Roderich Kiesewetter and the FDP defense politician Marie-Agnes Strack-Zimmermann pressed ahead with naming a guilty party. It is "probable" that Russia is trying to "stoke up uncertainty among the European population" in this way, Kiesewetter said in the newspapers of the German editorial network. Strack-Zimmermann spoke there of "disinhibited attacks" that "it cannot be ruled out" that they "are directed by Russia in order to shake our markets." Poland also indicated, at least indirectly, that its eastern neighbor was involved.

The leadership in Moscow on Wednesday called it "stupid and absurd" to accuse Russia of the pipeline leaks. It was "quite predictable" that such allegations would come against Moscow, said Kremlin spokesman Dmitry Peskov. Instead, Russia brings Ukraine and the United States into play as possible culprits. As a result of the leaks, the European Union is losing an opportunity to secure its energy supply and is now all the more dependent on the USA, according to the construction, as can be read in the newspaper "Isvestia", for example.

It may be unsatisfactory, but the fact is that the question of who caused the leaks cannot really be answered seriously at the moment. All that can be said is that such an operation requires enormous logistics. Special ships, equipment, submarines, which in turn greatly narrows down the circle of potential perpetrators. Russia is certainly one of them, as are China and the USA.

"Cui bono?" – who benefits? – is one of the central questions in politics. And then the guesswork and speculation goes on. After all, the question is: "Who would or what would Russia actually gain from making the two pipelines unusable in the long term?" And plausible answers are difficult. Nord Stream 2 is politically dead. And Russia itself had recently throttled deliveries through Nord Stream 1 to almost zero. There was no gas coming from Russia anyway, and any effect on European gas prices that the attack might have intended would be - if at all - only of a short-term nature, because the Russian gas supply stop has long been priced in. The German gas storage facilities are also well filled, so that a gas shortage in Germany is less likely from today's perspective.

What else is left as a motive? Security experts speculate that it may have been some kind of warning shot. A similar attack on the pipelines that run from Norway to Germany, Belgium and the Netherlands would indeed be fatal for Europe's gas supplies. This was tweeted by Lion Hirth, a professor of energy policy at the Hertie School, who whispered: "Imagine the next leak would appear on a Norwegian pipeline."

Against this background, it is interesting that the leaks occurred on the very day that government representatives from Poland, Denmark and Norway opened the new Baltic Sea pipeline "Baltic Pipe", through which natural gas is to flow from Norway via Denmark to Poland and the North Stream 1 and Nord Stream 2 crosses not far from the discovered leaks. "The federal police are on the move with their ships 24 hours a day, 7 days a week on the North Sea and Baltic Sea," says Interior Minister Nancy Faeser (SPD). In the coastal areas and on land, the federal states are responsible for averting danger - "the threads come together in the Maritime Safety Center in Cuxhaven".

Could the leaks be a form of Moscow intimidation? At first glance, this may seem logical. Alone: ​​Would this clear pointer really have been needed? Just how fragile the European energy supply really is has been seen and read about in abundance over the past few months. Including warnings about the vulnerability of critical infrastructure, as recently issued several times by Economics Minister Robert Habeck.

And the theory of a "false flag action", which is being whispered about in security circles, does not seem plausible. What would an actor gain from blaming someone else for an action whose motive remains so recognizably mysterious?

Probably just wait and see. Denmark, Sweden, the EU, Nato, Gazprom as the operator - they all announced that they would first investigate the incidents meticulously. But it will probably take a while before the first reliable results arrive, because this also requires special ships, underwater drones, etc. Since there is so much gas in the pipelines, it could take a week or two before sufficient calm has returned to the area, to be able to examine the leaks at a depth of about 80 meters, Danish Defense Minister Morten Bødskov said in Brussels.

According to him, the leaks are in international waters in the exclusive economic zones of Denmark and Sweden. Both countries established safe shipping zones after the discovery. Ships are not allowed to pass through the area around the leaks in a radius of five nautical miles (almost 9.3 kilometers).

It is questionable what will actually emerge from the investigations, whether traces of a suspected saboteur can actually be discovered. But it is also quite possible that the question of who actually caused the leaks in the Nord Stream pipelines can never really be answered conclusively. 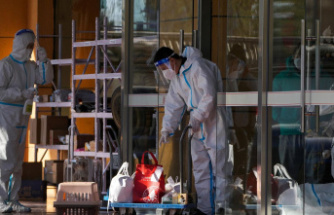 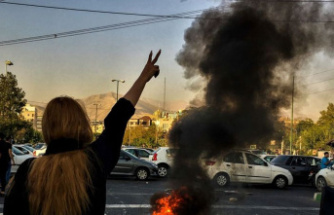 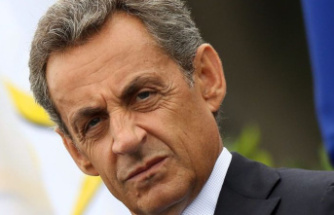 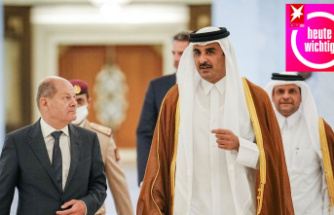 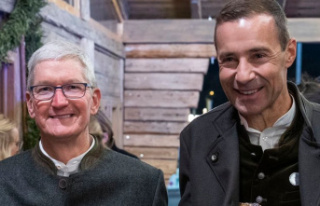