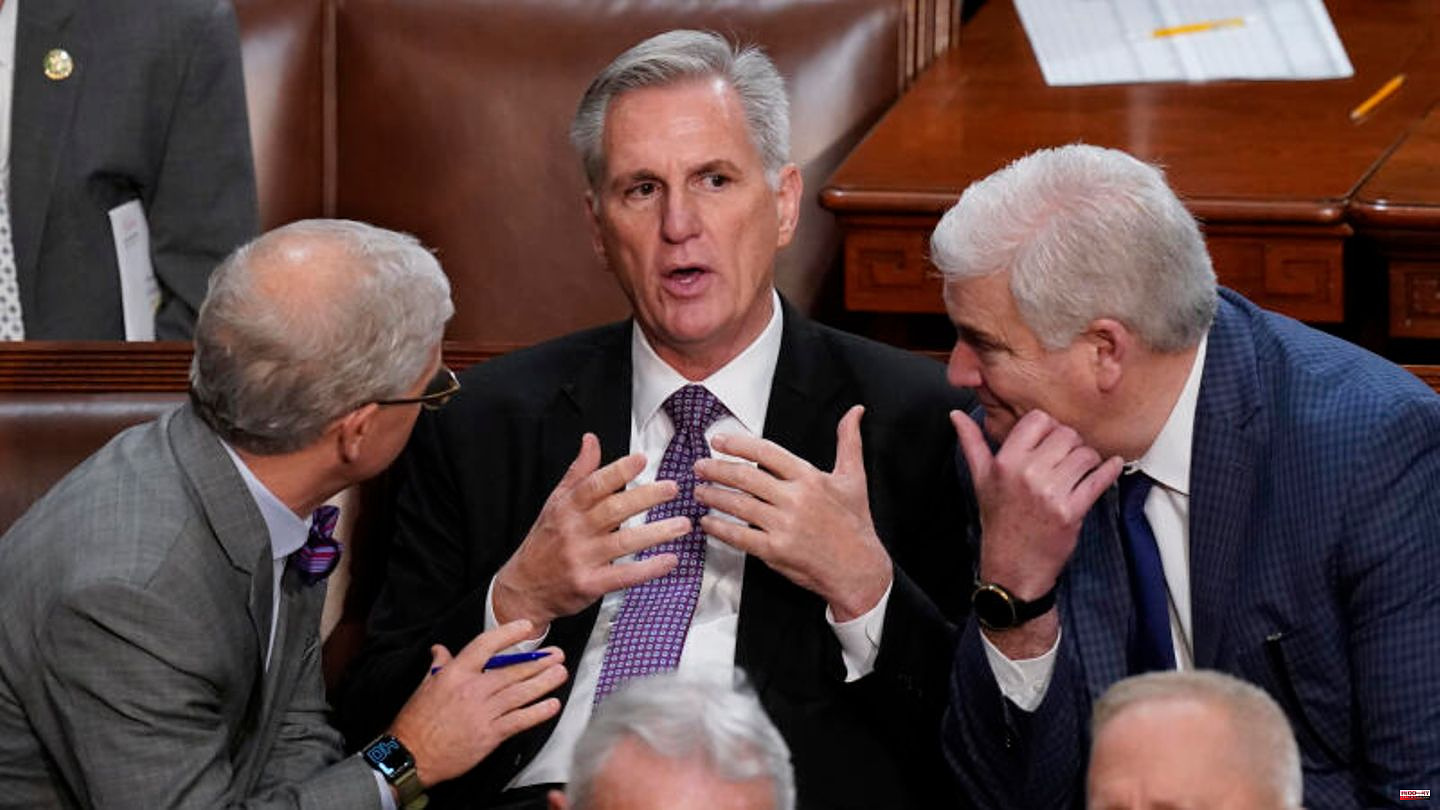 It's a drama in - as of now - at least seven acts. On the second day, California MP Kevin McCarthy was again unable to secure the necessary majority and end the haggling over the post as speaker of the House of Representatives. No candidate has had such a hard time in 100 years.

20 ultra-conservative Republicans refused to support the 57-year-old (read the background here). In view of the already thin Conservative majority, McCarthy is dependent on closed ranks within his own party. Without a speaker, the House of Representatives, one of two chambers that make up the US Congress together with the Senate, is simply standing still. So far "only" six ballots and two days have passed. However, if the crisis in the Grand Old Party continues, the entire nation could feel the consequences.

Three scenarios how the self-inflicted debacle could still end.

218 is the magic number McCarthy is looking forward to. That's how many votes the former Republican minority leader would need to win the race for the prestigious speaker's post. So far he hasn't gotten past 203 supporters.

As after his first embarrassment on Tuesday, he tried to win over at least 15 of the 20 defectors before attempt number three on Thursday. As the "New York Times" reported in the afternoon, McCarthy is said to have made new concessions to the arch-conservative procrastinators. However, this would significantly weaken him in his role as spokesman and give the ultra-conservative right wing an important precedent victory. In return, the party establishment could interpret McCarthy's all-too-generous horse-trading as a cave-in and thus as a weakness.

Now there is no rule that the candidate must have the majority exclusively from his own people. McCarthy could also try to win over some fickle or compromising Democrats. However, it is unlikely that this will work (at least soon) - after all, the Democrats should definitely find joy in the embarrassing spectacle of their opponents.

If the costs of pacifying his own team are too high for him or fraternizing with the actual "enemy" is repugnant, McCarthy could also rely on a tactic of attrition. However, as Britain's BBC rightly points out, that would be the definition of insanity: doing the same thing over and over again but expecting different results.

He would also accept the risk of a long-term government shutdown. The horror scenario cannot be ruled out: in 1855/56, the deputies needed 133 ballots in two months before one side finally gave in and order was restored.

Of course, the 57-year-old could just throw in the towel, after all, the patience of his previous supporters is finite. The fact that his opponents have the staying power was shown on Wednesday at the latest, when not even the power word of the supposed luminary Donald Trump was able to persuade the rebels to understand. In fact, they are all ardent Trumpists.

Should McCarthy capitulate, Steve Scarlise would be there. The Louisiana MP is reportedly not only the party's top ballot counter, but should also be an acceptable compromise for all party tendencies, from moderate to far-right. The problem: Scarlise might not even want the job. And even if he did, his previous support for McCarthy could be his undoing. The two are probably just too similar. Otherwise, the ultra-conservative wingman Jim Jordan (who would have the mutineers on his side) and the slightly less conservative Jim Banks from Indiana, head of the conservative Republican Study Committee, should already be licking their fingers. However, the two could be too right-wing for the center of the party.

Incidentally, it would not be a premiere for McCarthy to lose out in the end despite being a favorite. As early as 2015, the members of the so-called "Freedom Caucus" had denied him the speaker's post. But he hadn't even run for the post at the time. After the unification of the right wing of the party saw off then-incumbent John Boehner, McCarthy would actually have been the logical successor - if the archconservatives had not turned against him.

The third scenario would be a compromise between Republicans and Democrats. At least on a small scale, in the Ohio House of Representatives, the two almost feuding parties recently managed to reach such a wondrous compromise. At the federal level, moderate Republican Rep. Don Bacon appears to be one such alternative. According to media reports, the Nebraska general agreed weeks ago that he would work with the Democrats if the worst came to the worst. The same applies to former MP Fred Upton, who at the time even voted for impeachment proceedings against Donald Trump. In theory, Upton would be an option - while it's traditional, the speaker doesn't have to be a current member of Congress. Although Trump's aura seems to have lost some of its former glory, it is questionable whether the time is ripe for a Trump-critical Republican.

According to The Hill magazine, Democratic faction leader Hakeem Jeffries said on Tuesday evening that he had not been contacted by either the Republican leadership or individual Conservative MPs. "We're looking for a partner who's willing to solve problems for the American people, not save Republicans from dysfunction," Jeffries said.

Whoever would come into question for both sides: the winners would be the Democrats in any case. Many an arch-conservative should get a stomach ache from this idea alone. Any Republican who stuck out a finger to the left would be through the bottom right wing.

However, it is doubtful that the two major parties will jump over their shadows for even a moment of pragmatism. 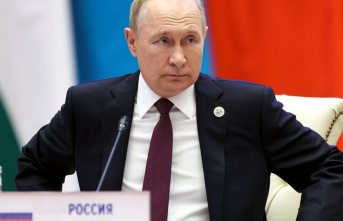 War in Ukraine: Putin: Negotiations only without return...