January 6 Inquiries: The Capitol Report Revelations: How Trump (Didn't) Respond to the Attack — and What the Committee Warns About

It is a unique event in the history of the United States: The investigative committee on the Capitol storm recommends that the Justice Department initiate criminal proceedings against Donald Trump - among other things because he himself fueled the angry mob. 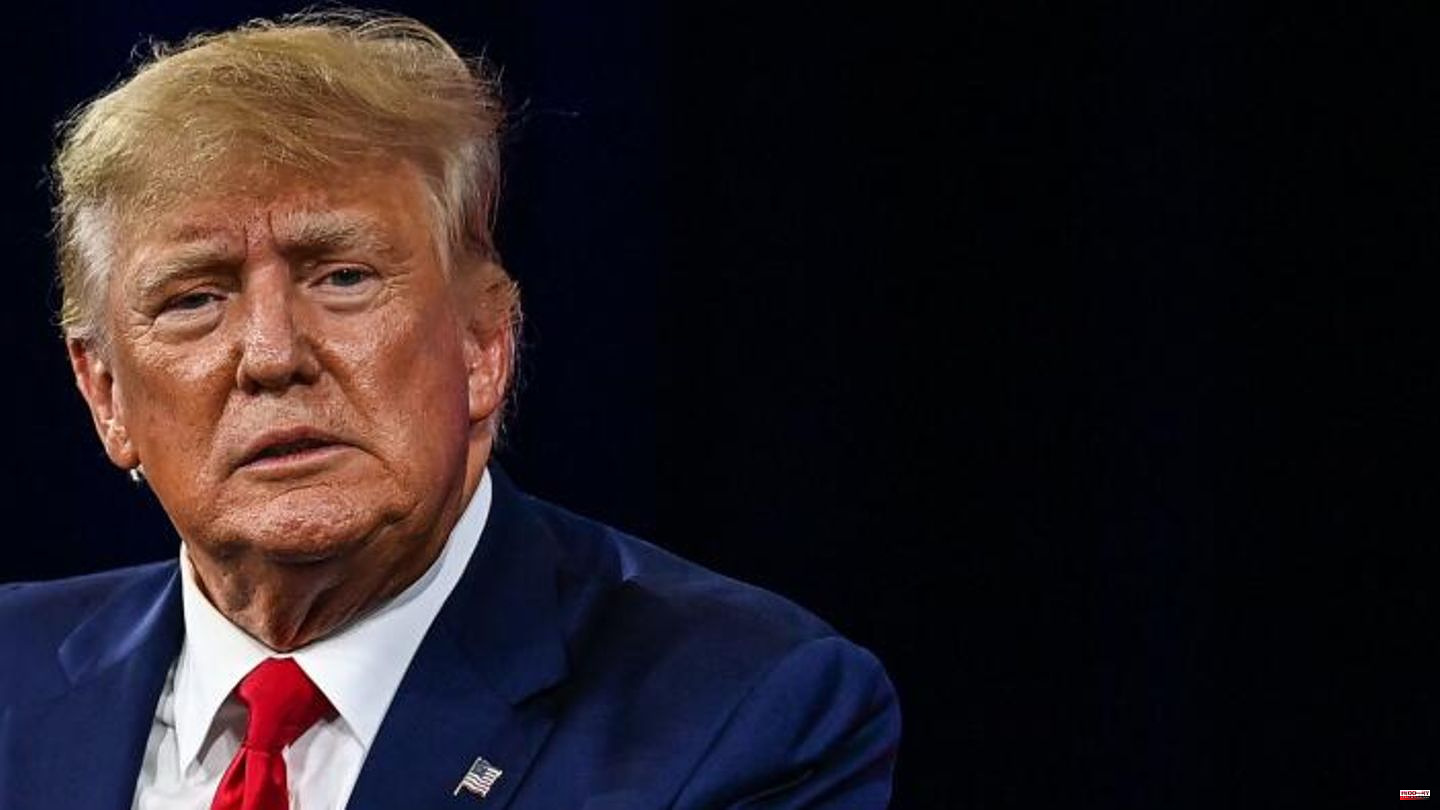 It is a unique event in the history of the United States: The investigative committee on the Capitol storm recommends that the Justice Department initiate criminal proceedings against Donald Trump - among other things because he himself fueled the angry mob. For a year and a half, the non-partisan body meticulously collected evidence and, according to its own statements, questioned over a thousand witnesses. The result is a summary of more than 100 pages of the final report, which is to be published this Wednesday. In it, the committee concludes:

The four counts are instigating or aiding a riot, obstructing an official process, conspiring to defraud the United States, and conspiring to make false official statements. Although the serious allegations are not legally binding, they increase the pressure on the judiciary.

In its summary, the committee now outlines 17 findings that underpin Trump's relentless quest to remain in power, take a close look at his co-conspirators and expose law enforcement's failures. The most important findings at a glance.

On January 6, 2021, Congress was supposed to confirm the election victory of US President Joe Biden - under normal circumstances a purely formal act. As is known, everything turned out differently. Many see the speech that Donald Trump gave that afternoon in front of thousands of supporters as the straw that finally broke the camel's back. In it, the ex-president repeated his lie about alleged election fraud and finally called on his supporters to march with him to the Capitol "to take back the country".

An old legal wisdom says: "Ignorance does not protect against punishment". Nevertheless, it can make a big difference in court whether a crime is committed unknowingly or with full intention. In the case of Donald Trump, the committee finds: The ex-president was fully aware that the "stolen election" allegations he was making were false, and yet he actively reinforced them. "President Trump's decision to falsely declare victory on election night and unlawfully demand that the counting of votes be halted was not an impulse decision. It was premeditated," the summary of the final report said.

As evidence, the panel cites emails from Tom Fitton, president of the conservative group Judicial Watch, from before the 2020 presidential election, saying Trump should declare victory regardless of the outcome. In addition, several of the ex-president's allies had to admit before the committee that there was never any evidence to support his claims.

It is also a fact that the "big lie" has paid off for Trump. The committee says it has collected evidence that indicates the Republican "raised approximately a quarter billion dollars in donations between the election and Jan. 6." These referred solely to "an electoral fraud that did not exist". And even if it were true that Trump really believed the election was stolen, it was "not a defense," the summary said. "No president can ignore the courts and willfully break the law, no matter what putative 'justification' he or she offers."

In the hours and days after the attack, Trump's attorneys downplayed his words, claiming that he never really intended to go to the Capitol himself. The committee of inquiry disagrees. "The main concern of the committee was that the President did in fact intend to personally participate in the January 6 effort at the Capitol and lead an attempt to hold the election either within the House of Representatives chamber, from a stage outside the Capitol, or on another way," says the committee summary. "From all the evidence gathered, there is no question that President Trump intended that."

The panel writes that it has received evidence of an 'angry interaction' in the SUV from "multiple sources" and cites several members of the Secret Service, a member of the Washington Police Department and White House security officials who described Trump's behavior as "angry", " intrusive" and "heated". Most telling is probably the statement of the driver of the motorcade, who describes the ex-president's reaction as follows: "What is most striking is that he [Donald Trump] kept asking why we can't drive (... )."

The committee also outlines what Trump did—or, more specifically, failed to do—after hearing about the attack on the Congress building. He then asked a White House staffer if they had seen his speech on TV. He replied, "Sir, it's been cut off because they're rioting down in the Capitol." When Trump asked what that meant, the clerk repeated his statement. "Really?" asked the President. "Alright, let's see this."

For three hours - 187 minutes to be precise - Trump watched the spectacle on Capitol Hill on TV instead of calling security guards for help and ignoring requests from his staff to get the supporters he had incited to retreat. "President Trump did not contact a single senior national security official during the day. Not at the Pentagon, the Department of Homeland Security, the Justice Department, the F.B.I., the Capitol Police Department, or the D.C. Mayor's Office," the committee notes. "As Vice President Pence confirmed, President Trump has not even attempted to reach his own vice president to ensure Pence is safe." When he finally spoke up with a video, he explained that the attackers were special people that he "love".

But the special committee is not just about Donald Trump. The report said the committee also gathered enough evidence to charge its attorney, John Eastman, with obstructing an official process. The committee also named several other co-conspirators, including Trump's former attorney Jeffrey Clark, his ex-chief of staff Mark Meadows, and attorneys Kenneth Chesebro and Rudy Giuliani. They are all said to have abused their positions and sometimes acted unethically. The Justice Department is already investigating Clark.

In summarizing its final report, the committee also highlights the reactions of some Republicans who have since downplayed the storming of the Capitol or defended the ex-president. Trump's son-in-law, Jared Kushner, told the committee that GOP faction leader Kevin McCarthy was "terrified" when he asked members of Trump's family for help during the hours of the attack.

Because McCarthy himself refused to cooperate in the investigation, the special committee is now referring him and others to the House Ethics Committee. Republican congressmen Jim Jordan of Ohio, Scott Perry of Pennsylvania and Andy Biggs of Arizona could also face future sanctions for refusing to obey the committee's subpoenas.

Almost two years have passed since the storming of the Capitol, and the images of the caesura have burned themselves into national memory. More than 850 arrests followed the immediate resignations from politics and the security apparatus, and dozens are already serving their prison sentences. But the select committee is arguing that the Justice Department's prosecution should go beyond the rioters who physically attacked the Capitol.

Trump "believed then, and still believes, that he was above the law and not bound by our Constitution and its express control over the President's authority," the report said. If the ex-president and the staff who supported him are not held accountable under the law, their behavior could set a precedent and "invite danger to future elections," the committee warns. "Failure to hold them accountable now may ultimately lead to future unlawful efforts to overturn our elections, thereby jeopardizing the security and viability of our republic."

It is still completely unclear when the Ministry of Justice will make a decision on a possible criminal prosecution. One thing is certain: there will only be charges against the ex-president if he is sure of his case - and even then a long legal battle is likely to follow. On Monday, Trump again criticized the select committee's work as an attempt to bar him from his 2024 candidacy, proclaiming that the results would only make him "stronger."

It remains to be seen whether the publication of the report on December 21 will also be a turning point for him. 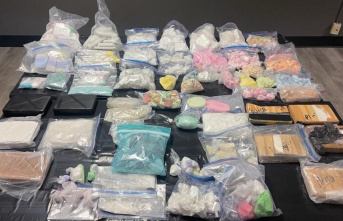 War On Drugs: US Seized Enough Fentanyl 'To Kill...