Indigenous Peoples Day is marked with protests and celebrations

The Monday celebrations were held by indigenous Americans across the United States. They included education campaigns, celebrations of their heritage and a call for the Biden administration not to forget its promise. 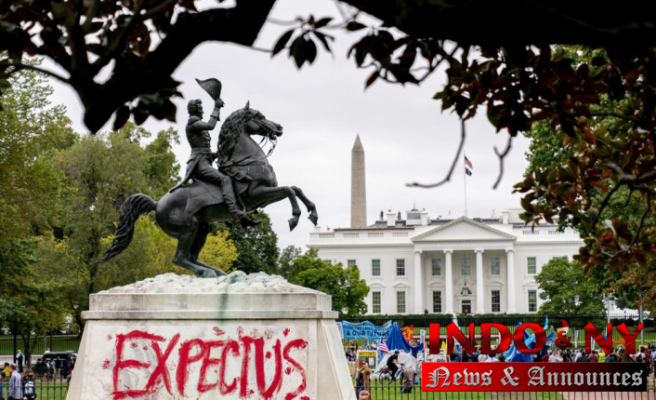 The federal holiday established decades ago to commemorate Christopher Columbus' 1492 sighting of the Americas has been rebranded as Indigenous Peoples Day.

Michaela Pavlat is a cultural interpreter at the National Museum of the American Indian, Washington. The day is a time for celebration, reflection, and recognition of Indigenous communities' fight for land rights, the U.S. government’s commitment to treaties, as well as visibility and understanding.

Pavlat, who hails from Sault Ste., said that Indigenous Peoples Day is only possible if you are on Native land or stolen land. Marie Band of Chippewa Indians. "We have a lot to move and a lot more issues in our communities. You can have that conversation every single day."

Over a dozen protesters joined hands and sat on Monday along the White House fence to demand that the Biden administration do more to fight climate change and ban fossil-fuels. As police surrounded the protesters with yellow tape, others cheered and sang in support.

Lafayette Park's Andrew Jackson statue was defaced. It read "Expect us" as part of an Indigenous rallying cry against the construction of fossil fuel pipelines. Jackson, a slave-owning president forced Cherokees and other Native Americans to march out of their southern homelands.

Angel Charley of Laguna Pueblo, New Mexico said that the protesters included "indigenous people who have been on front lines protecting the land, people and the environment. It's now for the government to do more."

The race organizers paid tribute to Ellison "Tarzan", the 1936 and 39 winner, and Patti Catalano Dillon (three-time runner up), who are both members of the Mi'kmaq tribe. Laguna Pueblo Interior Secretary Deb Haaland said that she ran to honor missing and slain Indigenous persons and their families, as well as the victims of the boarding school era. She also promised that her voice would be heard and that she would play a role in ensuring an equitable and just future.

Other people gathered in cities all over the U.S. to offer prayers, dances, and commemorations.

Last week, President Joe Biden issued the first Presidential Proclamation of Indigenous Peoples Day. This is the biggest boost to efforts to refocus Columbus Day to recognize the brutal treatment of those who occupied the Americas.

Around 20 states recognize Indigenous Peoples Day through law, proclamation, or other action, as well as cities and universities throughout the country.

Governor. Tony Evers was joined by leaders of the tribes and issued a formal apology to Wisconsin for its role in Native American-boarding schools.

A CELEBRATION IS NOT ALL THAT IS PRESENT

Monday's virtual conversation at the Smithsonian's National Museum of the American Indian was about mixed Black and Indigenous identities and how the struggles of each side can sometimes get overlooked by the other.

Joy SpearChief Morris pointed out the Civil Rights movement as well as the Red Power movement which included the Native American occupation on Alcatraz Island off San Francisco's coast more than 50 years earlier.

SpearChief Morris, an African American and Kainai Nation from Canada, stated that both groups supported one another. However, we don't really discuss the Red Power movement.

Panelists pointed out that Afro-Indigenous identity can be traced back to generations.

Amber Starks, an African American citizen of the Muscogee Nation (Creek), stated that "All that we do is bring about Black liberation. Indigenous sovereignty on this territory and to dismantle settler colonialism." "And I would like to add racial capital"

Kyle Mays, a University of California-Los Angeles assistant professor who is Black Anishinaabe and Saginaw anishinaabe, admitted that the work is not easy.

He said that Indigenous Peoples Day was "cool" but he didn't want a day of celebration. I want justice." 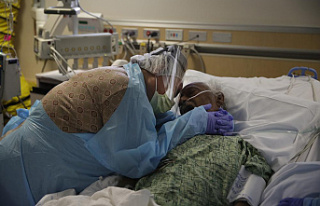