Federal Minister of the Interior Nancy Faeser (SPD) has encountered strong opposition from the Union with her plans to reform nationality law. 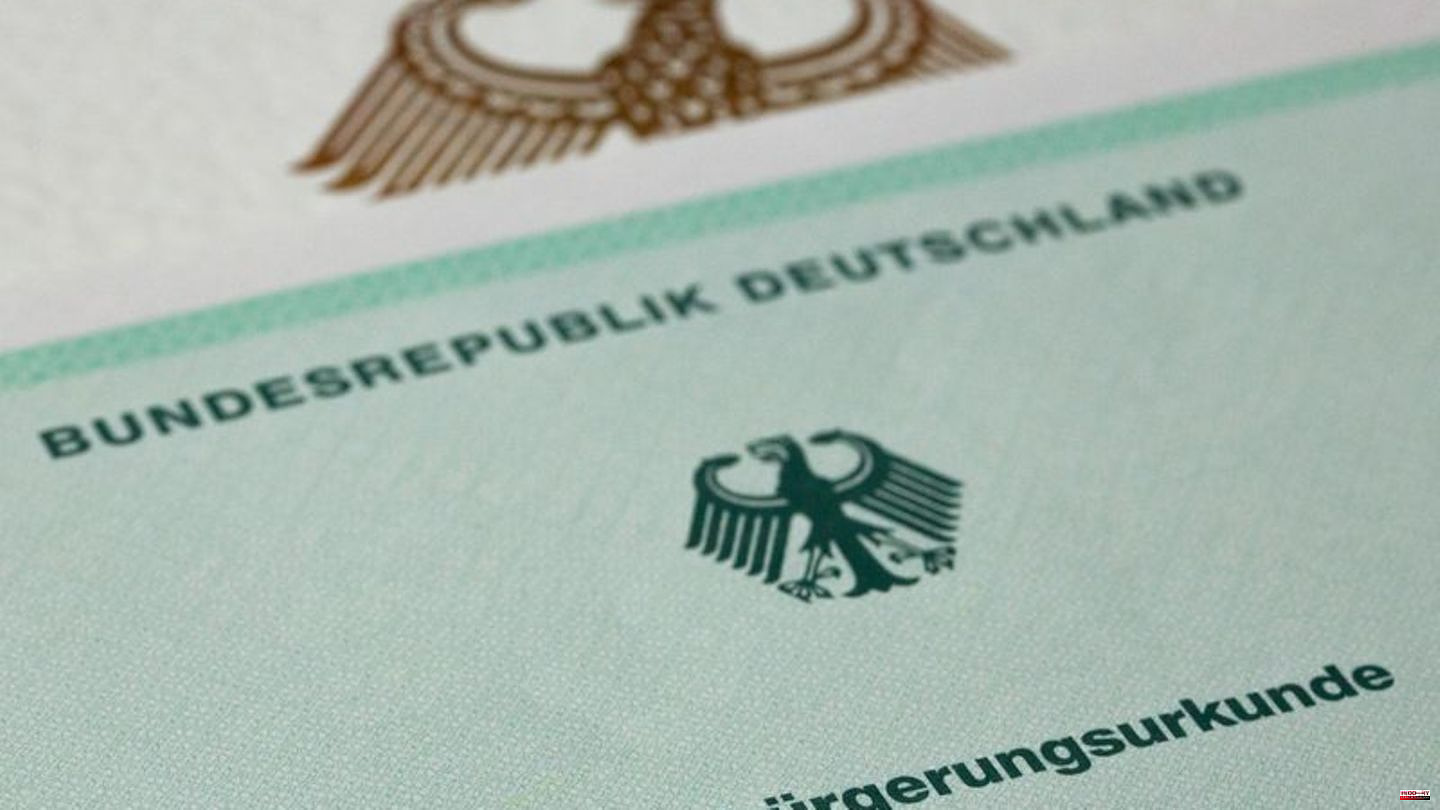 Federal Minister of the Interior Nancy Faeser (SPD) has encountered strong opposition from the Union with her plans to reform nationality law. But FDP politicians also raised concerns.

The Interior Ministry points out that facilitated naturalization has been agreed in the coalition agreement. The Federal Ministry of the Interior is therefore "very optimistic" that further coordination with the other government departments can soon be completed, said Ministry spokesman Maximilian Kall.

According to the draft law of the Ministry of the Interior, in future it should be possible to obtain citizenship after five years of residence in Germany instead of the previous eight years. In the case of "special integration achievements" this should be possible after three years - for example if immigrants have shown special academic or professional achievements or voluntary work or have particularly good language skills. For foreigners who have reached the age of 67, the previously applicable language level requirements are also to be lowered.

The Union thinks nothing of the plans. The German passport should not be invalidated, said CDU general secretary Mario Czaja of the "Rheinische Post". It must continue to apply: "First integration, then citizenship". The granting of German citizenship is therefore at the end, "not at the beginning, of an integration process".

The domestic political spokesman for the Union faction, Alexander Throm (CDU), told the German Press Agency: "Instead of controlling migration, the traffic light is distributing more and more residence rights for rejected asylum seekers." In the near future, "even German citizenship should be distributed widely without demanding that the previous citizenship be given up". But anyone who wants a "commitment to Germany" must be able to expect such a decision.

CSU General Secretary Martin Huber said in Berlin: "There is no need to change the existing rules." An integration service must first be demanded, in the end naturalization can then stand. Bavaria's Interior Minister Joachim Herrmann (CSU) pointed out in Munich that the influx of migrants had multiplied compared to last year and that the accommodation administrations in the states and municipalities were at their limit. Herrmann sees this as a reason to urge the upcoming conference of interior ministers not to set any further incentives for immigration. Herrmann also misses activities to return rejected asylum seekers. "Where is the repatriation offensive announced a year ago? Where are the agreements promised in the coalition agreement with the countries of origin of rejected asylum seekers," asked the CSU politician.

For the FDP, Faeser's approach is too fast

The FDP also has concerns about the interior minister's plans. Its Secretary-General Bijan Djir-Sarai told the "Rheinische Post": "Now is not the time to simplify citizenship law. So far there has been no progress whatsoever in returning and combating illegal migration." The responsible departments did not even manage to appoint the special representative planned by the coalition. The traffic light should therefore not take the second step before the first, said Djir-Sarai.

Faeser's approach is also too quick for the FDP top politician Marie-Agnes Strack-Zimmermann. It is right that those who live and work in Germany for a long time should be integrated more quickly, said Strack-Zimmermann in RTL/ntv's "Frühstart". "But before Ms. Faeser makes it a matter for the boss, she should first ensure that those who are illegal here, those who may have been noticed by law, are properly brought back first." Federal Minister of Justice Marco Buschmann (FDP) wrote on Twitter that when it comes to immigration, "all helping hands are welcome in the labor market, but nobody who just wants to hold their hand in the social system". The same applies to citizenship.

The FDP interior expert Stephan Thomae tried to take the edge off the criticism of leading liberals. He said: "Basically, we also want to allow multiple nationalities, but with clear rules so that dual nationalities are not always passed on," said Thomae. Faeser's draft implements many of the agreements from the coalition agreement - "but we still need to vote on detailed questions".

The federal government not only wants to lower the legal hurdles for naturalization, but also actively promote German citizenship among foreigners who have been living in Germany for a longer period of time. This was announced by Chancellor Olaf Scholz (SPD) and his party colleague, the Federal Government Commissioner for Integration, Reem Alabali-Radovan, in Berlin at an event entitled "Germany. Immigration Country. Dialogue for Participation and Respect".

Faeser said it was important to her personally to simplify the naturalization of people from the so-called guest worker generation. For them it is also a question of justice. About the Union, which is against dual citizenship as the norm and against the planned shortening of the minimum residence periods, Faeser said: "It must finally arrive in the 21st century." Alabali-Radovan explained that it was about "knocking the last dust of the imperial era out of naturalization law".

Left accuses Union of "culture wars from the right".

The left also backed Faeser's plans and criticized the attitude of the CDU and CSU. The Union is in danger of "falling into a culture war from the right," said Left Party leader Martin Schirdewan.

According to the current legal situation, immigrants must have an unlimited right of residence or a permanent residence permit in order to be naturalised. They must be able to finance their livelihood, have sufficient language skills and be familiar with the basics of the legal and social system and living conditions in Germany. The latter is verified by a naturalization test.

In addition, immigrants usually have to give up their previous citizenship. Exceptions to this apply, for example, to EU citizens and people whose country of origin prevents them from doing a job. The draft law stipulates that the right to naturalization is no longer dependent on giving up one's previous citizenship. 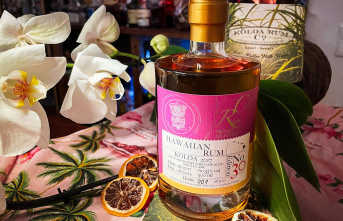 Kōloa Rum Single Cask: There is no beer in Hawaii...