A group of Haitian asylum seekers, who entered Texas in September as part of a surge of migration, filed this week a lawsuit against Biden over allegations of mistreatment by U.S immigration authorities. 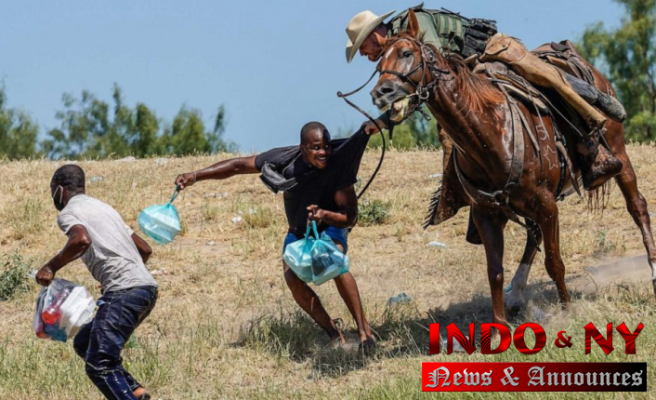 Mirard Joseph was captured in a widely publicized photo of a Border Patrol agent riding on horseback holding him by the collar and trying to drag him back to Rio Grande. This river divides the U.S. and Mexico.

Joseph was crossing the Rio Grande from Mexico to feed his family. The agent tried to drag Joseph back to the water. According to the lawsuit, the Biden administration allegedly deliberately withheld humanitarian aid to the area to discourage migrants from crossing.

Paul Doe, a unnamed plaintiff from Haiti, claimed that he witnessed U.S. authorities beating migrants, and then shoving them into the river.

Paul claimed that he witnessed an officer cut the rope of several migrants trying to cross the river more safely. He yelled at them to get back, as they struggled above water.

Immigrant advocacy groups Justice Action Center and Haitian Bridge Alliance represent the migrants. Innovation Law Lab is also representing them. They want the government to allow them to return to the U.S., and to give them the chance to apply for asylum.

Karen Tumlin, founder of JAC, stated Tuesday that the Biden administration must be held accountable for the unconscionable civil right abuses in Del Rio Texas. "The United States government at its highest level knew about the potential influx in asylum seekers to the United States, but they chose not to do even the minimum preparations."

ABC News reported previously on emails from CBP detailing warnings about a massive migrant influx in Del Rio in June. Local officials warned that the record-setting level of migration to the southwest border was already putting pressure on local resources.

In the lawsuit, Biden and Homeland Security Secretary Alejandro Mayorkas were named as defendants. Lawyers cite Mayorkas' Temporary Protected Status designation for Haiti that he extended last summer. They claim the administration knew of the dire conditions in which they were sending migrants back to the experience.

Mayorkas responded to the photos in September by saying, "Let's be clear: We do not tolerate any abuse of any migrant"

The photos show agents who were assigned administrative duties, while an investigation by Customs and Border Protection into their conduct continues.

Joseph was then sent back to Haiti by U.S. officials. He now awaits the chance to return to the U.S. to claim asylum.

1 Biden addresses nation with new initiatives against... 2 GOP congressman refuses Jan. 6 records request 3 Harry and Meghan reveal first picture of Lilibet for... 4 Palace Announces Princess Charlene will Reunite With... 5 Coldplay will not release music after 2025. They... 6 Stacey Solomon and Joe Swash announce a new date for... 7 Northern lights could be amplified by a solar storm... 8 Due to COVID staffing shortages, airlines cancel flights 9 Stocks traded in quiet holiday trading are mixed across... 10 Russian court fines Google and Meta massively 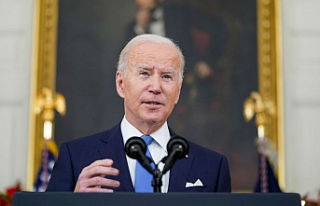