Governor of Tenn delays execution citing oversight in the plan

On Thursday, Tennessee's governor called off the execution that would have been the first since the pandemic started. 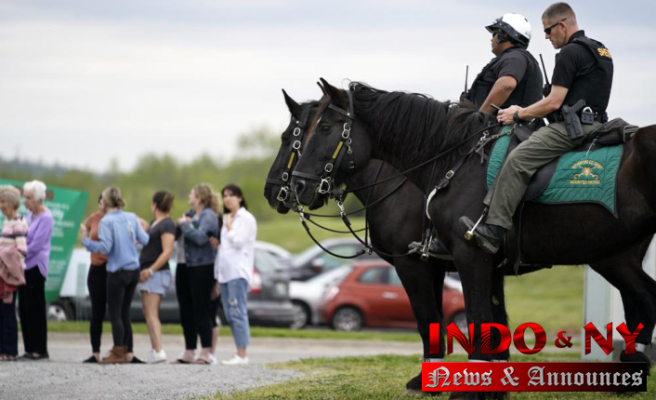 He granted a temporary reprieve for the oldest death row inmate for "oversight" during preparations for lethal injection.

Republican Governor. Bill Lee did not elaborate on the circumstances that led to the unexpected 11-hour delay in the execution of Oscar Smith, a 72-year-old Republican governor. Amy Harwell, Smith's federal public defender's attorney, stated that her office was notified of the issue concerning "mishandling" drugs, but no additional details were given to her office.

"Due to an oversight during preparation for lethal injection the scheduled execution by Oscar Smith will not proceed tonight. Lee stated that he would grant a temporary reprieve while we address Tennessee Department of Correction protocol. He promised further details when they are available.

Kelley Henry, an attorney representing the federal public defense lawyer's office, demanded that an independent entity investigate. She said no execution should take place until all questions have been answered.

Henry stated that the governor did the right thing by stopping Mr. Smith's execution.

Smith was convicted for the 1989 murders of his estranged spouse and her teenage sons. Just before the governor intervened the U.S. Supreme Court denied Smith's last-minute request for a stay.

His reprieve will be in effect until June 1.

Dorinda Carter, spokesperson for the Department of Correction, stated that the state Supreme Court would have to reschedule Smith's execution. Smith would be taken from death watch and returned back to his death row cells, she said.

Officials from the state declined to give further details.

Smith received communion from his spiritual advisor just before he learned of his reprieve. He was to be allowed into the execution chamber.

Tennesse had five executions planned this year, Smith included. It is trying to resume the pre-pandemic pace of executions. According to the Washington-based non-profit Death Penalty Information Center, the five pending deaths warrants were tied for the most nationwide this year with Texas heading into Thursday.

Smith was originally scheduled to be executed in June 2020, but that date was one of many delayed by the pandemic.

Smith was convicted for fatally stabbing and shooting Judith Smith, her sons Jason Burnett and Chad Burnett (13 and 16), at their Nashville home on October 1, 1989.

Smith maintains that he is innocent. In a clemency file, rejectedTuesday By Lee, Smith's legal teams claimed that there were problems with the 1990 jury. After a new DNA analysis revealed that Smith's DNA was from an unknown person, his attorneys refused to reopen the case.

Since February 2020, Tennessee has not executed any inmates since Nicholas Sutton's death in the electric chair after he was convicted of the murder of an east Tennessee inmate. Only two of the seven Tennessee inmates executed since 2018, when Tennessee lifted an execution pause that had been in place since 2009, were killed by lethal injection.

Tennessee uses three drugs to kill inmates: midazolam to make them unconscious; vecuroniumbromide to paralyze them; and potassium chloride to stop their hearts beating.

Officials claim midazolam makes inmates unconscious and unable feel pain. However, experts representing inmates say that the drug would cause feelings of drowning and suffocation, chemical burning, and leave inmates unable or unable to call out. This assessment has resulted in more prisoners choosing the electric chair to replace lethal injection.

South Carolina lawmakers have not passed the same type of law that Tennessee has to protect execution drug suppliers from being revealed.

Oklahoma's last October execution saw an inmate die from the same three-drug lethal injection after he received midazolam. Since then, Oklahoma has performed three lethal injections without reports of similar reactions. 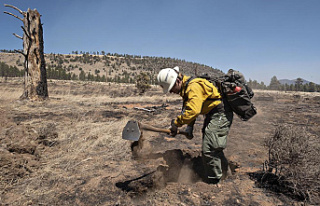 Crews attempt to protect more homes from the raging...