Wayne Black was among the few African Americans present at the Republican Party headquarters in Columbus. 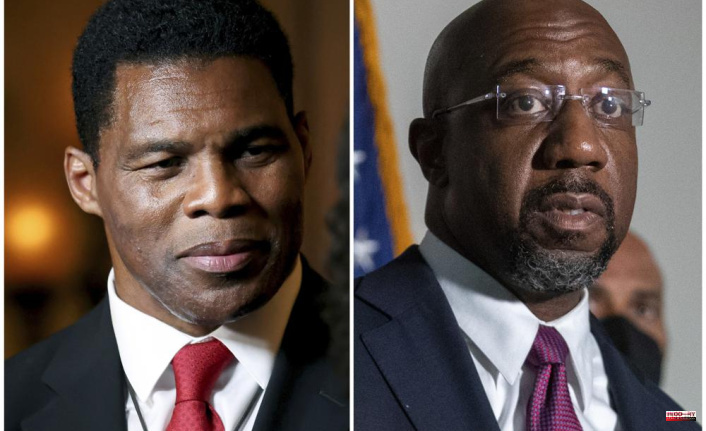 Wayne Black was among the few African Americans present at the Republican Party headquarters in Columbus, Georgia to hear from Herschel Walker, U.S. Senate candidate.

Black, who is a member of the Muscogee Republican Executive Committee, said that he saw a promise in Walker's candidacy. He also believes Walker could be a voice for Republicans who can appeal to African Americans in Georgia, who traditionally have voted Democratic.

However, optimism was thwarted by headwinds 100 miles north. Wyvonia Carter, leaving an Atlanta polling station, said that her decision in the most competitive Senate race of this year wasn't difficult.

Two Black candidates were elected by voters to represent the major parties in the Senate race. This is the Deep South, where slavery, segregation, and racial injustice are all too present. Walker and Democratic Sen. Raphael Warnock won their respective primaries Tuesday. This will be a general election campaign that could decide the Senate's control.

This race will determine whether the Democratic gains of 2020 were just a temporary blip or a sign of a new political alignment in a state that is rapidly changing. Joe Biden became the first Democratic presidential candidate in November 2020 to win the state. Two months later, Jon Ossoff and Warnock flipped two long-standing Republican Senate seats and gave their party a narrow majority.

Black voters played a crucial role in helping Democrats win those victories, and they will be just as decisive this year.

It is not about whether Walker will end the relationship that Black voters have with Democratic candidates. The issue is less about Walker's ability to break the bond that Black voters have with Democratic candidates. It is more about whether Black voter are able to sit out this election, disillusioned by Washington's inaction on issues such as policing reform and voting rights. Even a slight change in voting patterns can make a difference in a tight election.

Republicans hope Walker's candidacy will at least neutralize race-related issues in the campaign.

Camilla Moore, chairperson of the Georgia Black Republican Council, stated that "In this race Black Georgians won't have to deal with the race problem." "And I believe culture is what makes us socially conservative. Herschel can be Herschel, and he should tell his conservative message."

In interviews over the past weeks, many Black voters stated that they wouldn't give Walker another look due to his race. They stated that they were motivated by policy considerations and Walker, who was supported by former President Donald Trump, is not in line with GOP orthodoxy.

Louis Harden, a Black voter of Atlanta aged 58, stated that he supports Warnock due to his support for Medicaid expansion.

1 Pandemic continues to affect smaller National Spelling... 2 Russia seizes small cities to expand the east Ukraine... 3 Weather's unwelcome guest: Nasty la Nina keeps... 4 The duty of the jury in Depp-Heard trial is not to... 5 Algerian dissidents: Victims or outlaws of crackdown? 6 Norway's oil and gas profits are soaring as a... 7 Evacuations to flee the Russians are slow, tedious,... 8 Heat win with 47 points from Butler, beating the Celtics... 9 Elon Musk offers his takeaway from Johnny Depp-Amber... 10 Florentino Pérez: "Mbappé is already forgotten" 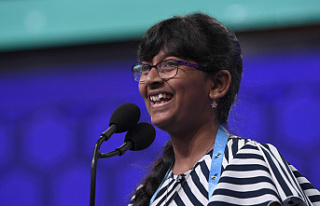