From the dirty corners to parliament: welcome to the golden age of conspiracy theories

The most mundane thing that can be said about Marjorie Taylor Greene is this: The 48-year-old woman from a small town in the US state of Georgia, quite conservative, was recently re-elected as a member of the House of Representatives. 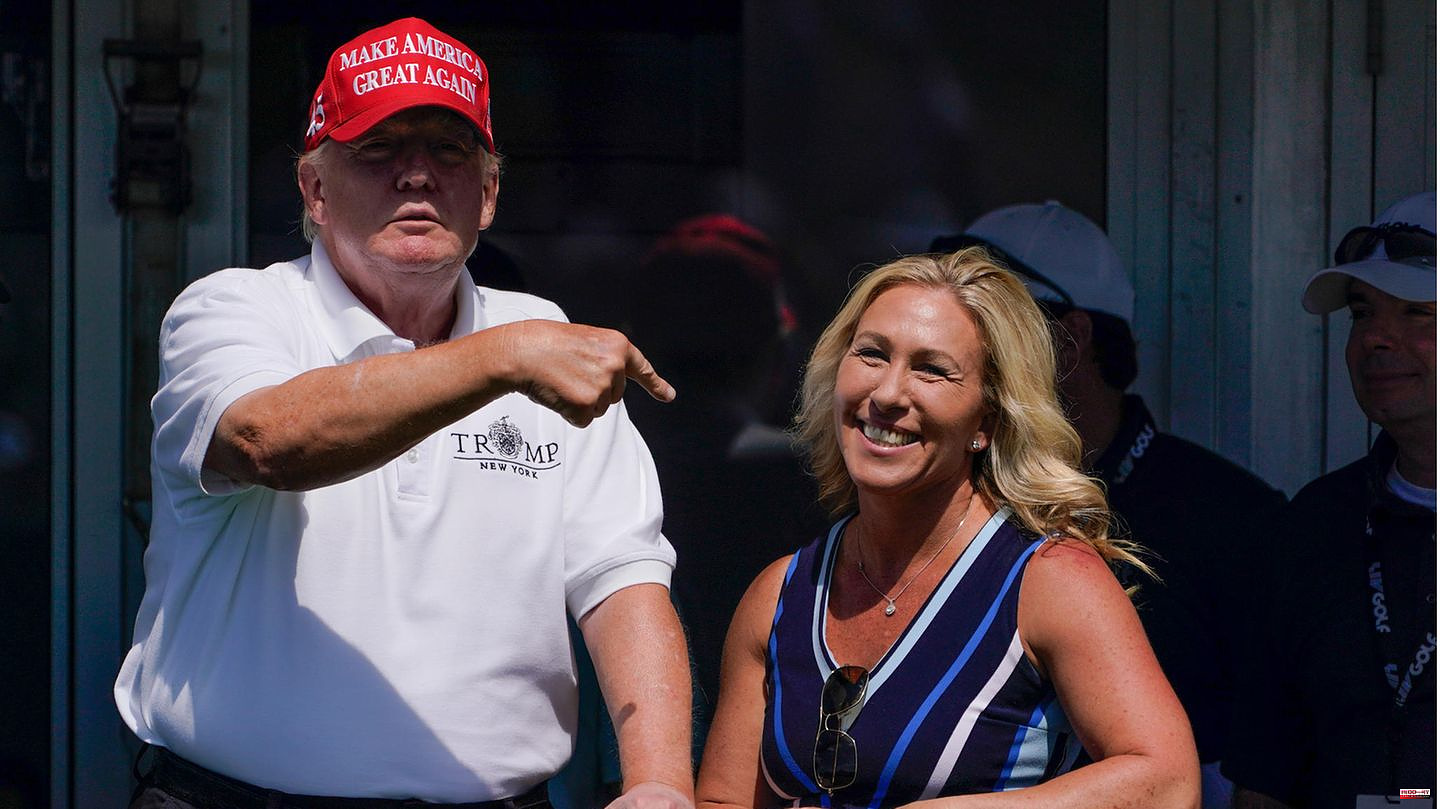 The most mundane thing that can be said about Marjorie Taylor Greene is this: The 48-year-old woman from a small town in the US state of Georgia, quite conservative, was recently re-elected as a member of the House of Representatives. This is remarkable because, as a politician, she only makes headlines with conspiracy theories of a particularly crude kind. A few years ago she would have been ridiculed for this, now she is being elected to parliament for this reason.

The Republican has been banned from Twitter several times for spreading mischief. In the spring, she posted a video claiming that the Democrats are "the party of baby killers, groomers (ed.) the sex reassigned children and the pedophilia advocates." Such outlandish "theories" are standard narratives of QAnon, a mysterious conspiratorial network that Taylor Greene freely professes.

Around 2017, QAnon supporters crawled out of the dingy corners of far-right internet spheres, and in just five years they have burst into the conservative mainstream - MP Taylor Greene is the most visible sign of this. Of course, Donald Trump also helped diligently. Since his deselection, he has been peddling the unfounded claim that he "clearly won" the 2020 presidential election, but that this victory was stolen from him. Nothing speaks for this conspiracy theory, but according to some polls, up to half of all Republicans believe in it.

The US site Salon.com has already proclaimed the golden age of conspiracy stories. "They've always been part of American politics, but in the era of Donald Trump and the internet, they've become even more disturbing and dangerous," says the piece, in which the magazine compiles a ranking of theories most popular with Republicans. Of course, there are also left-wing liberals who have grotesque ideas, according to Salon.com, "but let's be honest: the Republicans are particularly susceptible to this stuff".

Almost a classic among conspiracy stories. As early as the summer of the 2020 election year, then-US President Donald Trump had openly cast doubt on the reliability of postal voting. Images of mobile and allegedly manipulated postal voting stations made the rounds on social media. After the ballot, speculation ran rampant. The electronic voting machines are said to have been hacked to the detriment of the Republicans. From a mysterious secret state, the "Deep State", or the Chinese, or, particularly bizarre, from Venezuelans with connections to President Hugo Chavez, who died nine years ago.

Ahead of the November 2022 midterm election, those close to Republican gubernatorial candidate Doug Mastriano spread the "tip" to "cast votes as late in the day as possible" in order to "overwhelm the system." According to a QAnon supporter, this would give hackers no chance of manipulating the election. A similar recommendation was also heard from Colorado and Maryland. In the latter, she even stemmed for the Republican nominee for chief prosecutor.

This insidious tale has been circulating in far-right circles for some time, but is treated as if it were fact on talk shows like that of Trump confidant Tucker Carlson. In essence, it is about the "elites" pushing immigration in order to decimate, "replace" or even destroy the white population. This conspiracy theory exists in many Western countries and is adapted according to local circumstances. In May 2022, an 18-year-old shot dead 10 black people in the city of Buffalo because he believed there was a "genocide of white people."

Even conservative MPs Ron Johnson from Wisconsin or Lauren Boebert from Colorado publicly address the dangerous nonsense. "This government wants open borders," Johnson said in a Fox News interview. "And have you ever wondered why? Don't you want to change American demographics in order to stay in power forever?" Numerous candidates for the US Senate had aired these conspiratorial thoughts in different variants during the election campaign. Among them the successful Trumpist J.D.Vance.

The more attention and rights minorities like gays and trans people are given, the more toxic the tone towards them becomes. In Florida, for example, Governor and possible next Republican presidential candidate Ron DeSantis has forbidden such topics to be addressed at all in elementary schools. His spokeswoman said: "Democrats call it the 'Don't Say Gay Law', but to be more correct it should be called the 'Anti-Grooming Law'. And if you oppose it, you're probably a groomer yourself, or at least you oppose it "I don't mind when sexual advances are made between four and eight year olds," Pushaw wrote on Twitter.

The unsavory and completely unfounded rule of three: LGBT supporters target children and are therefore prone to pedophilia is one of "the most popular Republican conspiracy theories this year," writes Salon.com, citing Arizona Senator Wendy Rogers and the Idaho Lieutenant Governor Janice McGeachin representing this "idea". The ultra-conservative Fox News presenter Laura Ingraham also spread to an audience of millions that schools that support LGBT practice "sexual brainwashing" and are therefore "grooming centers".

Nancy Pelosi has always been there. She is admired and feared, she is one of the most powerful people in Washington. When the newly elected parliament is constituted in two weeks, the 82-year-old will no longer be there. After 35 years as a member of parliament, the speaker of the House of Representatives will resign. But her family doesn't seem to be enjoying a carefree retirement since her husband Paul Pelosi's skull was crushed in his own home two months ago by a right-wing conspiracy supporter. The assassin was actually targeting Nancy, but she was in Washington at the time.

Almost as soon as the attack was reported, the conspiracy stories shot up. The main focus was on homophobic allegations. It was said that the culprit was Paul Pelosi's secret lover. The reason was the false report, after which the attacker was arrested wearing only his underpants. From all corners, especially the right, came imaginary nonsense, from malicious to slanderous.

Although the violent perpetrator was clearly a right-wing extremist, some Republicans, such as Senator Ted Cruz or a congressman, acted as if he were an old hippie stuck on drugs. The richest man in the world, Twitter boss Elon Musk, also contributed his conspiratorial idea: he pointed out that Paul Pelosi was drunk at the time of the attack and was in an argument with a male prostitute.

Marjorie Taylor Greene then completely twisted the already overstated arc: she accused the media of spreading misinformation. She is not interested in the fact that they only reflect the official status of the investigation by the police. The MP wrote on Twitter: "The same mainstream media Democrat-activists who sold conspiracy theories about President Trump and Russia for years are now accusing Elon Musk of 'internet misinformation' about Paul Pelosi's friend who attacked him with a hammer .

Incidentally, the presumably mentally unstable 42-year-old QAnon supporter testified in court that he didn't want to hurt anyone, but was on a "suicide mission". He faces up to 13 years in prison. 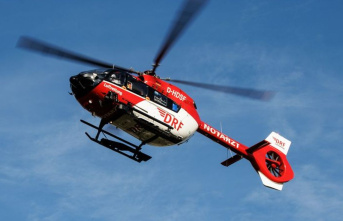 Havelland district: Young man hits a tree and is seriously...