The Bundestag has approved loans of 200 billion euros, with which the dramatic increase in energy prices should be slowed down. 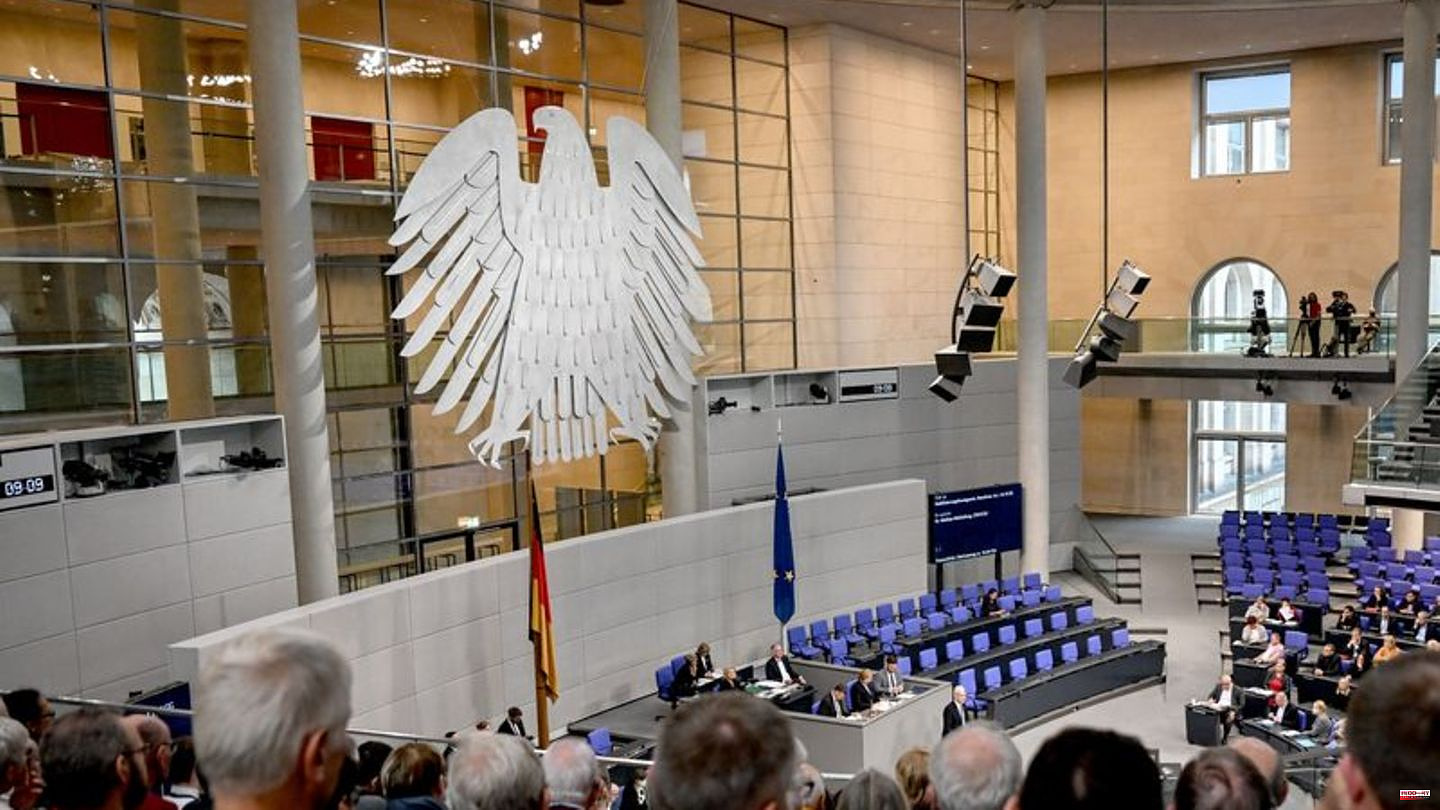 The Bundestag has approved loans of 200 billion euros, with which the dramatic increase in energy prices should be slowed down. According to a decision by the MPs on Friday, the Economic Stabilization Fund, a special fund outside the federal budget, can now take on this debt.

"This is good news for everyone who is concerned about their ancillary costs. And for craft businesses and companies," said Chancellor Olaf Scholz (SPD). He had described the package with energy price brakes and company aid as "double boom". After the Bundestag, the Bundesrat must also agree.

The Bundestag again approved an exception to the debt brake anchored in the Basic Law for the aid package. According to the federal government's plans, the loans should be sufficient until 2024, but will be taken out this year. Finance Minister Christian Lindner (FDP) can, at least for the time being, keep his promise that the debt brake should apply regularly again in 2023.

The money is primarily intended to lower the gas price, which has risen sharply recently. A commission set up by the government has proposed that the federal government take over the December discounts for all German gas customers. From March, a price cap for a basic quota of 80 percent of normal consumption could then apply to private customers. For large customers in the industry there should already be a price brake from January. However, it is still unclear whether the federal government will implement the proposals in exactly the same way.

"They want to sell us a pig in a poke"

The opposition therefore criticized the fact that it was not yet known at all what the large sum of billions should actually be used for. "They want to sell us a pig in a poke, and we don't want to accept that," said Gesine Lötzsch from the left. Union parliamentary group leader Mathias Middelberg emphasized that you normally first think about what you are buying and how much it costs - and then go to the bank to get the money. The traffic light government wants to do it the other way around.

In addition, the loans should only be taken out in full this year so that Lindner can artificially comply with the debt brake in 2023. The Federal Court of Auditors also criticizes that the billion pot should be used over several years until 2024. This contradicts the principle of annuality, which states that a federal budget is always drawn up for one year. FDP housekeeper Otto Fricke countered that the special fund ensures that the money is there when it is needed.

The 200-billion-euro "defensive shield" is also intended to help push down the price of electricity. Actually, an electricity price brake should be financed by skimming off high profits from electricity companies. However, if that is not enough, the special fund should be used "for a limited period" according to a coalition decision.

The federal government is also still working on the concept of the electricity price brake. Here, too, it has been planned so far that consumers will receive a discounted basic quota - those who use more will then have to pay higher prices. In this way, the federal government wants to ensure that energy is saved despite the depressed price.

The remainder of the loans will be used to support companies struggling as a result of Russia's war in Ukraine. Among them are several gas importers who had built their business on cheap Russian gas, which is no longer flowing. The coalition decided that “tailor-made solutions” should now be developed with state money for the companies Sefe, Uniper and VNG that were particularly affected. The federal government wants to take over almost all of Germany's most important gas importer Uniper.

Further relief measures should not be financed from the 200 billion pot - this was emphasized above all by Lindner. In this way, he wants to avoid his cabinet colleagues submitting too many funding requests that cannot be met from the normal federal budget.

However, it is at least controversial whether, in addition to gas customers, citizens should also be relieved of oil, pellet and other heating systems. Several politicians from the traffic light groups have already indicated that they would support it. "We know that other energy sources have also become noticeably more expensive. That's why we're working on solutions to cushion hardship cases here, too," said Katja Mast, parliamentary director of the SPD parliamentary group.

"Debt has its price, especially in the future"

The President of the Taxpayers' Association, Reiner Holznagel, warned that the federal budget would have little leeway in the future due to the necessary debt repayments. "We have to keep making it clear that debt has its price, especially in the future," he said. Holznagel appealed to the federal government and the Bundestag that only those who actually needed it should receive aid. "But those who don't need it shouldn't be benefiting from this debt."

The population is skeptical about the billions in defense shield

The "defensive shield" meets with reservations among the population. In a YouGov survey on the "double boom" presented, only four percent of respondents called the package of measures "good and balanced". The client of the survey is the online B2B specialist Visable, which operates the platforms wlw and europages.

However, the fact that the state wants to intervene in a supportive manner is supported by a large majority. Only six percent of those surveyed said that the state should interfere less and rely on the regulatory forces of the market. At the same time, 13 percent are worried that the aid package could put too much strain on government finances. 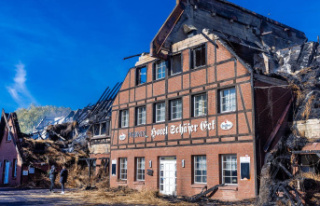