Extremism: raid on the "Reichsbürger" scene: search for further traces

After the large-scale anti-terrorist raid against the "Reichsbürger" scene, the investigative authorities are investigating further possible suspects. 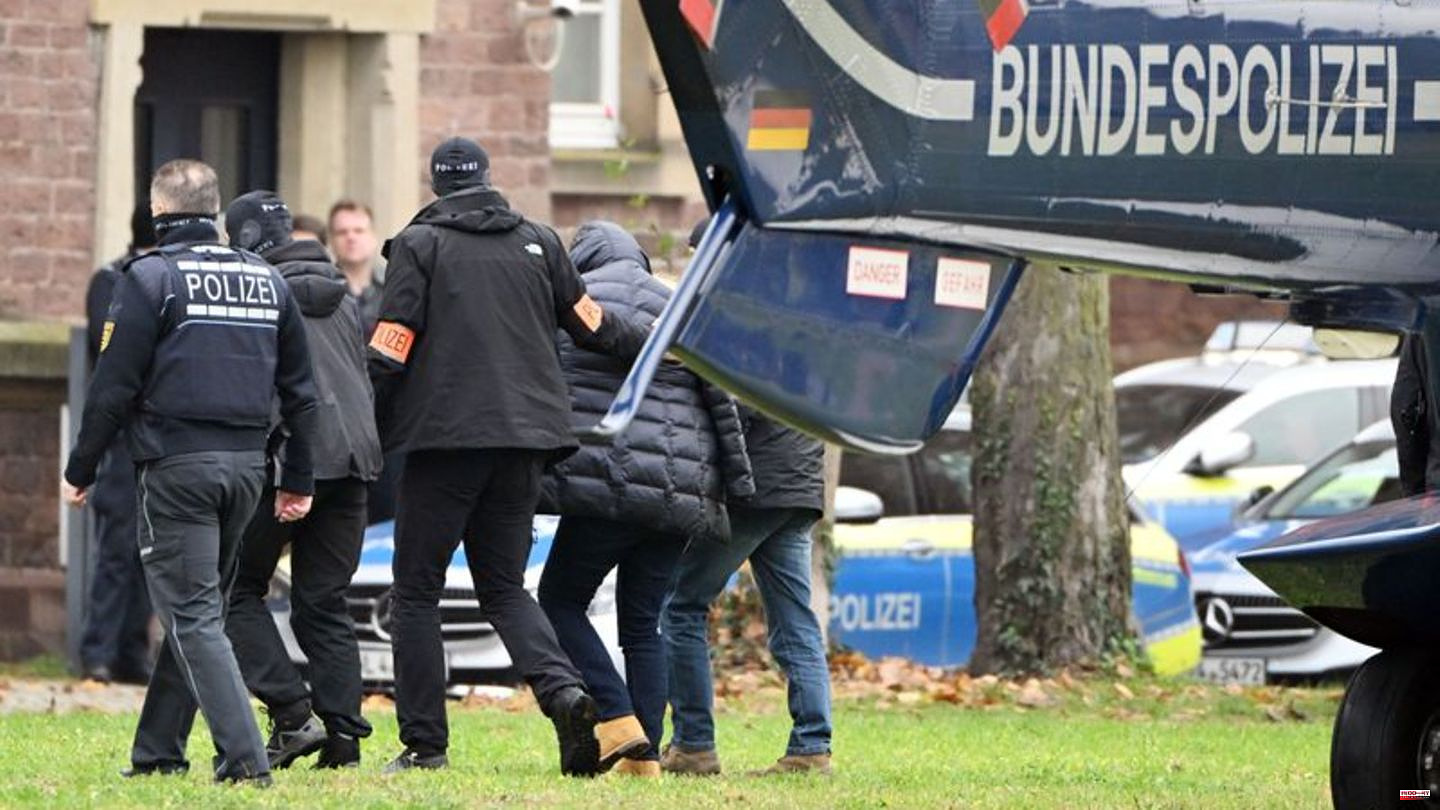 After the large-scale anti-terrorist raid against the "Reichsbürger" scene, the investigative authorities are investigating further possible suspects. The security authorities expect further suspects and searches. The investigation will also look at whether the suspects have hidden other weapons. 23 of the 25 arrested are now in custody, said a spokeswoman for the federal prosecutor's office on Thursday. It was initially unclear when the two men arrested abroad would be brought before the investigating judges.

On Wednesday, the federal prosecutor had 25 people arrested in one of the largest police operations in the history of the Federal Republic in eleven federal states as well as in Italy and Austria. She accuses 22 of them of being a member of a terrorist organization that wanted to overthrow the political system. The other three are about support. With the exception of one Russian, all of them have German citizenship. The federal prosecutor also spoke of 27 other suspects.

In connection with the major raid, Chancellor Olaf Scholz (SPD) commented on the alleged involvement of a former AfD member of the Bundestag with sharp words. The fact that a former AfD member of the German Bundestag was among the accused "is of course a very remarkable and very serious incident," said Scholz on Thursday evening after the consultations with the country heads in the Chancellery. Scholz referred to Birgit Malsack-Winkemann.

What role does the AfD play?

After the major raid, SPD leader Lars Klingbeil calls for consequences for the AfD. "The AfD belongs nationwide on the watch list of the Office for the Protection of the Constitution and not in parliaments, courts or the public service," Klingbeil told the German Press Agency in Berlin on Thursday. The raid once again showed a close connection between the violent right-wing extremist scene and the AfD. "There must be consequences." Klingbeil called the AfD an "openly anti-constitutional party" that acts as a "parliamentary interface for hatred, hate speech and violence".

Among those arrested is the judge and former AfD member of the Bundestag Birgit Malsack-Winkemann. Disciplinary proceedings are now underway against them. This was initiated by the Berlin Regional Court, Justice Senator Lena Kreck (left) told RBB Inforadio on Thursday. As a former member of parliament, Malsack-Winkemann had access to the buildings of the Bundestag - like all former parliamentarians who wish to do so. She is a member of the Federal Arbitration Court of the AfD as an assessor. The arrest has "no automatic effect on party offices," said party deputy Stephan Brandner.

Employees should be checked better

In the ARD "Morgenmagazin", the President of the Federal Criminal Police Office (BKA), Holger Münch, spoke out in favor of a more detailed examination of security forces: One must be able to rely on "that everyone is fully behind the free democratic basic order". The President of the Federal Office for the Protection of the Constitution, Thomas Haldenwang, made a similar statement in the ARD "Tagesthemen". All individuals inducted into federal and state security agencies should be screened.

There have been security checks of this kind in the BKA for a long time, said Münch. This is now also common in many state police forces. "And I think that where it's not already done, we will introduce it in the foreseeable future." The work is worthwhile because the authorities also make it clear what values ​​they stand for.

The end of the flagpole has not yet been reached

BKA boss Münch named the number of 54 suspects on Wednesday evening in the ZDF "heute journal" and spoke of more than 150 searches. He assumed further suspects and searches in the next few days. Weapons were also found at around 50 objects, including some but initially only a few firearms. The representatives of the Interior Committee of the Bundestag had been informed that two long guns, a handgun, swords and crossbows, alarm guns and signal guns had been found during the raid. These were only partially found among suspected members of the group who have a gun license. According to reports, service weapons were also among them.

According to Haldenwang, the security authorities had had their sights set on the "Reich Citizens" group since the spring and had a fairly clear overview of their plans. These then became more and more concrete, and weapons were procured, he said in a ZDF "special". BKA boss Münch said that they didn't wait until the last moment before accessing it, but wanted to gather enough evidence that it was a terrorist organization.

There is still no clarity about the time of the apparently planned attempted coup, but the group has a military arm that procures weapons. "They don't wait until the last moment," said Münch. If that's clear, it's called: "Strike". Federal Public Prosecutor Peter Frank said in an ARD "focus": "We assume that the people in the association were determined and were sure to do something."

Federal Interior Minister Nancy Faeser warned against underestimating the group. What makes them so dangerous is "that there was a military arm of them. With people who used to be in the Bundeswehr, so they can also handle weapons," said the SPD politician on the ARD program "Maischberger".

"Reich citizens" are people who do not recognize the Federal Republic and its democratic structures. The Office for the Protection of the Constitution ascribes around 21,000 followers to the scene.

From the point of view of the Amadeu Antonio Foundation, which works against right-wing extremism, among other things, the "Reichsbürger" scene has been underestimated for too long. In the past few years, there have always been clear signs that the supporters are prepared to use violence and are apparently also organized, said the extremism researcher Lorenz Blumenthaler, who works for the foundation, of the German Press Agency. "But especially in security circles, the groups were often laughed at and their enormous potential for danger was taken lightly, despite intensive warnings from civil society."

At the latest since the foiled plans to kidnap Federal Health Minister Karl Lauterbach (SPD) in April, the topic has also been high on the political agenda, said Blumenthaler. "No one actually laughs anymore today." 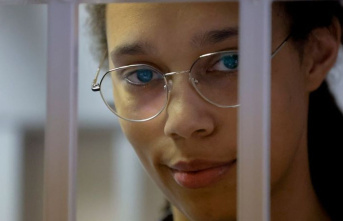