The alliance around the far-right party Fratelli d'Italia can count on a government majority in parliament after the elections in Italy. 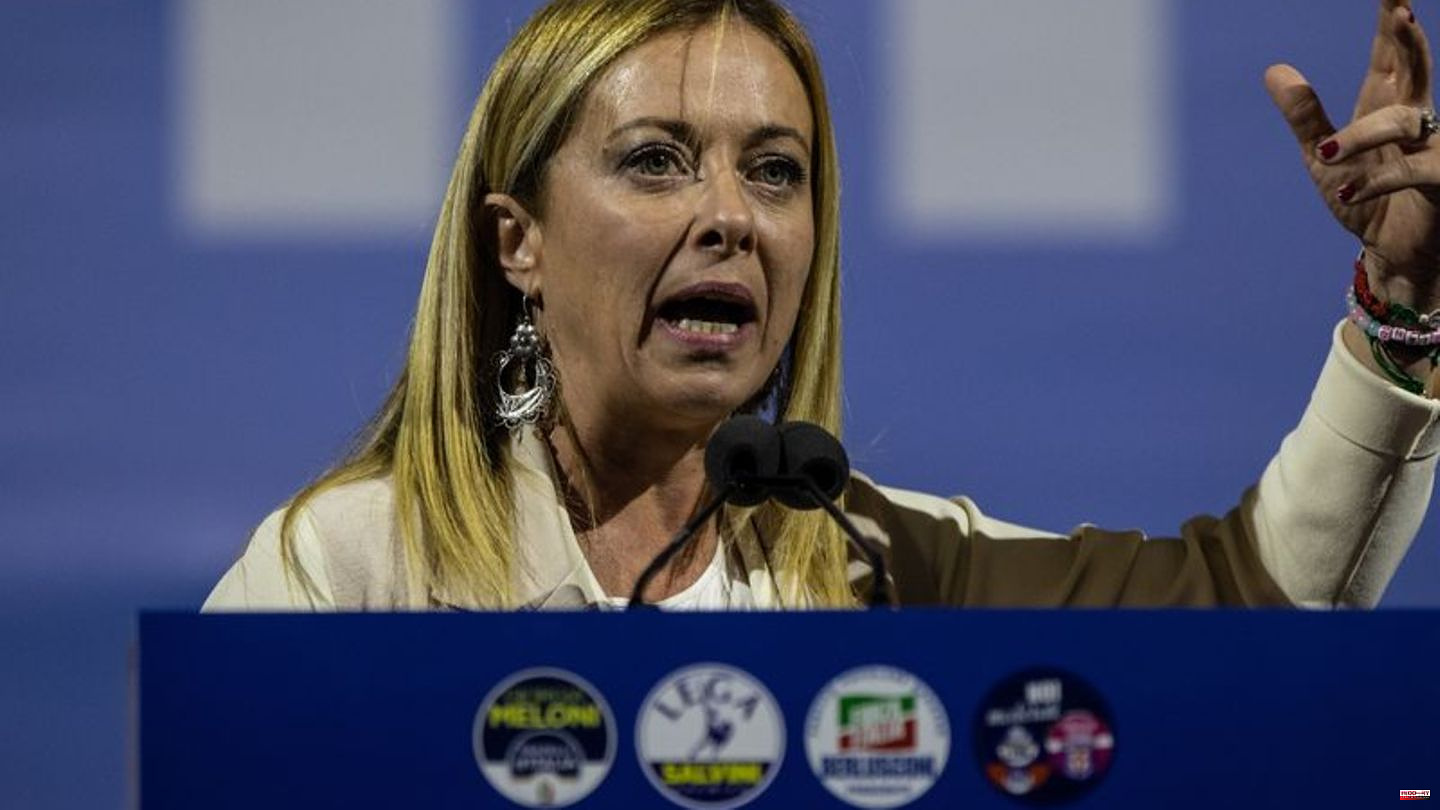 The alliance around the far-right party Fratelli d'Italia can count on a government majority in parliament after the elections in Italy. Above all, one can triumph: Giorgia Meloni, whose Fratelli forecasts and initial projections were the strongest force and improved significantly compared to 2018. Meloni sees the government mandate in the right-wing camp under the leadership of her party, as she said in Rome early Monday morning. "Italy chose us." She spoke of a "night of pride".

Meloni's coalition partners from the right-wing populist Lega and the conservative Forza Italia, on the other hand, lost favor with the voters. The Social Democrats who have co-ruled up to now recognized the victory of the legal camp. They intend to go into opposition.

As leader of the strongest party, Meloni could lead the future government as Italy's first female prime minister. Right-wing allies at European level congratulated her.

Three governments in one legislature

More than 50 million Italians were called to vote on Sunday. But after three governments within one legislative period, the people of the Mediterranean country are obviously tired of politics. Voter turnout has never been so low in the post-war period. Less than two thirds exercised their right to vote.

According to initial projections by broadcaster La7, the right-wing camp, which was the favorite in the election, received 42.8 percent of the votes. Due to a special feature of Italian electoral law, this should be enough for an absolute majority in parliament. The calculations by La7 assume 105 to 125 of the 200 Senate seats for the right-wing camp, the broadcaster Rai comes to 114 to 126. Closed alliances were favored by the electoral system. "We can govern with these numbers," said Fratelli MP Fabio Rampelli.

There was no question of unity among the political rivals of the left and center parties during the election campaign. The Social Democrats drew their own conclusions from this - the leader of the PD parliamentary group in the House of Representatives, Debora Serracchiani, announced that the party would go into opposition. It is a sad evening for the country. According to La7 projections, the electoral alliance of the Social Democrats with left-wing parties and the Greens can only count on 35 to 50 seats in the Senate. The Five Star Movement, which started alone, has 21 to 35 seats; the Center Alliance on 9 to 11. The votes for the Senate were counted first.

The Fratelli d'Italia (Brothers of Italy) were recently able to benefit from their role as the only significant opposition to the multi-party government led by the internationally highly respected Mario Draghi. In 2018 they had reached just over 4.0 percent. Now they have more votes than the Lega of ex-Interior Minister Matteo Salvini and the Forza Italia of former Prime Minister Silvio Berlusconi.

The Melonis party is often described as post-fascist. It is one of the successor parties to the MSI movement, which was founded by former officials of the fascist dictator Benito Mussolini (1883-1945) after the end of World War II. Meloni is committed to the roots of her party and does not condemn fascism outright. In the logo, the Fratelli d'Italia, founded in 2012, use a flame reminiscent of Mussolini and which is a symbol of the right. Meloni says she's "proud" of it.

Politicians from the German AfD, the right-wing national Rassemblement National from France and the Polish PiS congratulated Meloni. "We're celebrating with Italy!" Wrote AfD member of parliament Beatrix von Storch on Twitter late on Sunday evening. Her party colleague Malte Kaufmann tweeted: "A good day for Italy - a good day for Europe." Right-wing parties see themselves on the upswing after a recent shift to the right in Sweden.

During the election campaign, 45-year-old Meloni tried to allay concerns abroad about the right-wing parties taking over government and assured that Italy would remain a reliable partner. She also rejected the fact that an election victory for the Fratelli could lead to an authoritarian turn or Italy's exit from the European Union and the common currency, the euro.

Nevertheless, parts of the EU are looking south with concern - also because of the Ukraine war, in which the member states are struggling for unity. Katharina Barley (SPD), Vice-President of the EU Parliament, told the "Welt" that Meloni's "election campaign tactical lip service for Europe" could not hide the fact that she posed a threat to constructive cooperation in Europe. The spokesman for the German Greens in the EU Parliament, Rasmus Andresen, said that the "unprecedented Italian shift to the right" would have a massive impact on Europe and the European Union.

Meloni always emphasizes her support for Ukraine, which is under attack from Russia, and she is considered to be pro-Western and pro-NATO on foreign policy. However, she is also known for her criticism of the institutions in Brussels. Your ally, Lega boss Salvini, also publicly doubts the effectiveness of the sanctions against Russia, making the EU jointly responsible for the dramatic increase in energy costs.

According to plan, a new parliament should not have been elected in Italy until the beginning of 2023. However, the Five Star Movement voted no confidence in Draghi on a proposed law in July, prompting him to resign. However, Draghi will remain in office until a new government is sworn in - which can take several weeks.

1 Climate change: Germany increases flood aid for Pakistan 2 Animals: Camels in Australia: From colonial desert... 3 Toys are also more expensive at Christmas 4 Animals: Camels in Australia: From colonial desert... 5 District of Osnabrück: balcony railing tears off:... 6 Comeback by Florian Wirtz: This is the current state... 7 Decision made: Max Kruse will not leave Wolfsburg... 8 Balletcore: How to style the trendy ballerina look 9 Movie: Witherspoon and Kutcher star together in Netflix... 10 Company: 175 years of Siemens: From pointer telegraph... 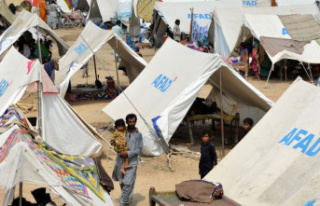