Donald Trump has been trying for years not to upset supporters of the QAnon conspiracy theory. 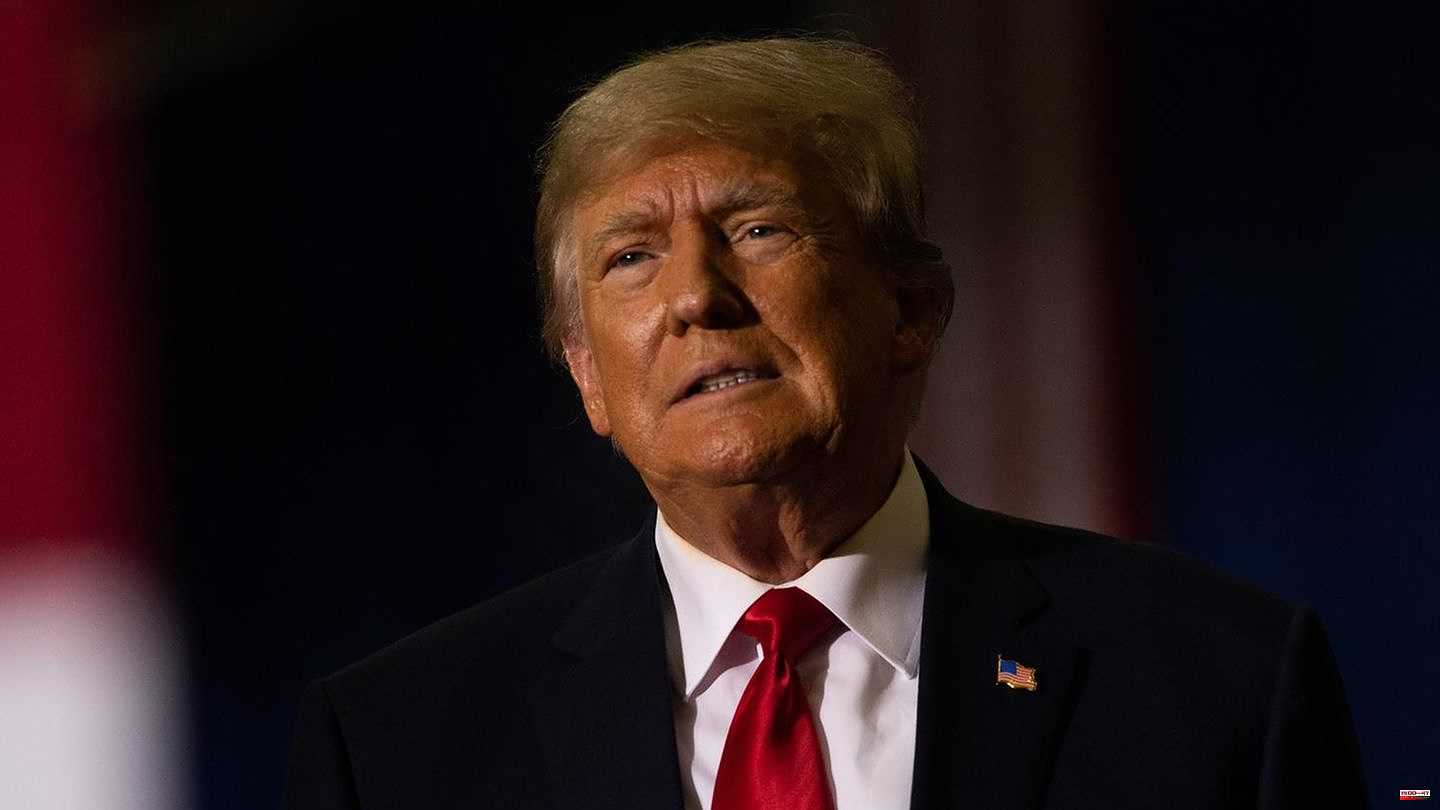 Donald Trump has been trying for years not to upset supporters of the QAnon conspiracy theory. But a few weeks before the important parliamentary elections in early November, the former president is flirting with the crude movement more aggressively than before. Trump recently shared a drawing posted by another user with more than four million followers on his own Twitter replacement, Truth Social. It shows Trump with a Q symbol on his jacket. The image also reads: "WWG1WGA" - short for QAnon's motto "Where one of us goes, we will go together". The message was similarly evident in a video shared on Trump's account with a huge "Q" over his face. The text: "Information warfare. It's time to wake up."

Supporters of the far-right QAnon theory suspect that behind everything that happens in the world there is a clique that pulls the strings. This is said to include the government officials in the so-called “deep state” who allegedly counteracted Trump during his tenure. QAnon supporters are also of the opinion that Trump is trying to uncover systematic child abuse by satanic politicians from the US Democrats and Hollywood celebrities. The conspiracy theory is anti-Semitic and has cult-like traits. It was created online about five years ago. It was preceded by "Pizzagate," which prompted a man to burst into a Washington pizzeria with guns, allegedly to free children being held in the (nonexistent) basement of Democrats. In Germany, too, the QAnon ideology spread, especially in the wake of the corona pandemic.

Trump is no stranger to conspiracy theories. The lie he repeats most often is that he — and not his Democratic challenger Joe Biden — won the 2020 presidential election and that victory was stolen from him through fraud. Many of his followers firmly believe in it. The 76-year-old also has no shyness about the "ReAwaken America Tour" - a kind of conference of conspiracy theorists that is traveling through the USA. Trump's son Eric speaks there regularly.

The team around Trump used to keep QAnon at least a little at a distance, says the scientist and author Mia Bloom in an interview with the German Press Agency in Washington. She is a professor at Georgia State University and researches, among other things, on QAnon. A scene from the fall 2020 election campaign was particularly memorable. At the time, a journalist asked Trump about the group. He replied in front of the cameras: "I don't know much about the movement other than that they like me a lot - which I appreciate." He hadn't heard that QAnon followers believed he was saving the world from a satanic cult of pedophiles. "But is that supposed to be a bad thing?"

There's always been some sort of "credible deniability" -- Trump could somehow claim to have nothing to do with QAnon -- whether convincing or not, Bloom says. That has now changed.

And Trump's QAnon fans are stepping out of the shadows. An incident two weeks ago during a speech by the 76-year-old in the US state of Ohio made headlines. The promoters played a song that inspired some people in the crowd to react by raising their index fingers - possibly symbolizing the "1" in the QAnon motto. How the song was even associated with the movement is a bit confused. However, fans of QAnon interpreted the use of the instrumental song as a message addressed to them, as the Washington Post wrote.

According to reports, Trump's team was surprised by the strange index finger salute. That didn't stop it from continuing to use the song, though. At the Republican's most recent speech on Sunday night at an election campaign event in Warren, Michigan, no QAnon symbols were visible in the crowd, at least in the TV broadcast.

But why is Trump flirting so openly with QAnon right now? "I think he's feeling a bit isolated right now," Bloom said of the FBI's search of his Mar-a-Lago, Florida home and the various legal issues he's currently dealing with. QAnon advocates are "the most loyal followers, fanatical, almost like a cult". From them he gets love and support – and donations.

How dangerous is all of this? The FBI has had QAnon on their radar for years. Followers could become violent in the real world, the FBI warned last year in a report shared with several US media outlets. QAnon supporters were also among the mob that stormed the US Capitol on January 6, 2021 during the formal confirmation of Biden’s election victory.

Researcher Bloom does not believe that all supporters of the movement are violent. However, it is particularly dangerous if violent QAnon supporters have military training or if the supporters infiltrate the military and authorities. "I think Trump thinks QAnon is like a secret army," she says. It certainly cannot win against the US military, but it can still cause a lot of damage. For the 76-year-old, QAnon is a card he has in hand. "It's like a cult," she says. "You believe everything he says."

1 Nord Stream: Denmark announces the end of the gas... 2 Heilbronn district: group dispute - 16-year-old in... 3 Customs: Again competition of the human pyramids in... 4 Crime: 43-year-old is said to have killed his partner 5 Clear red card: Osmers justifies the leniency towards... 6 "Solve the problems of European football":... 7 Online advertising: The days of tracking cookies are... 8 Will Smith: Is his film "Emancipation" coming... 9 Pandemic: Scholz ends corona isolation 10 War in Ukraine: According to experts, Putin "almost... 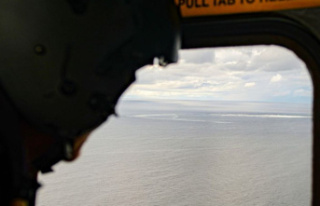 Nord Stream: Denmark announces the end of the gas...