The European Union has failed to persuade the Association of Southeast Asian Nations (ASEAN) to unanimously condemn Russia's war of aggression against Ukraine. 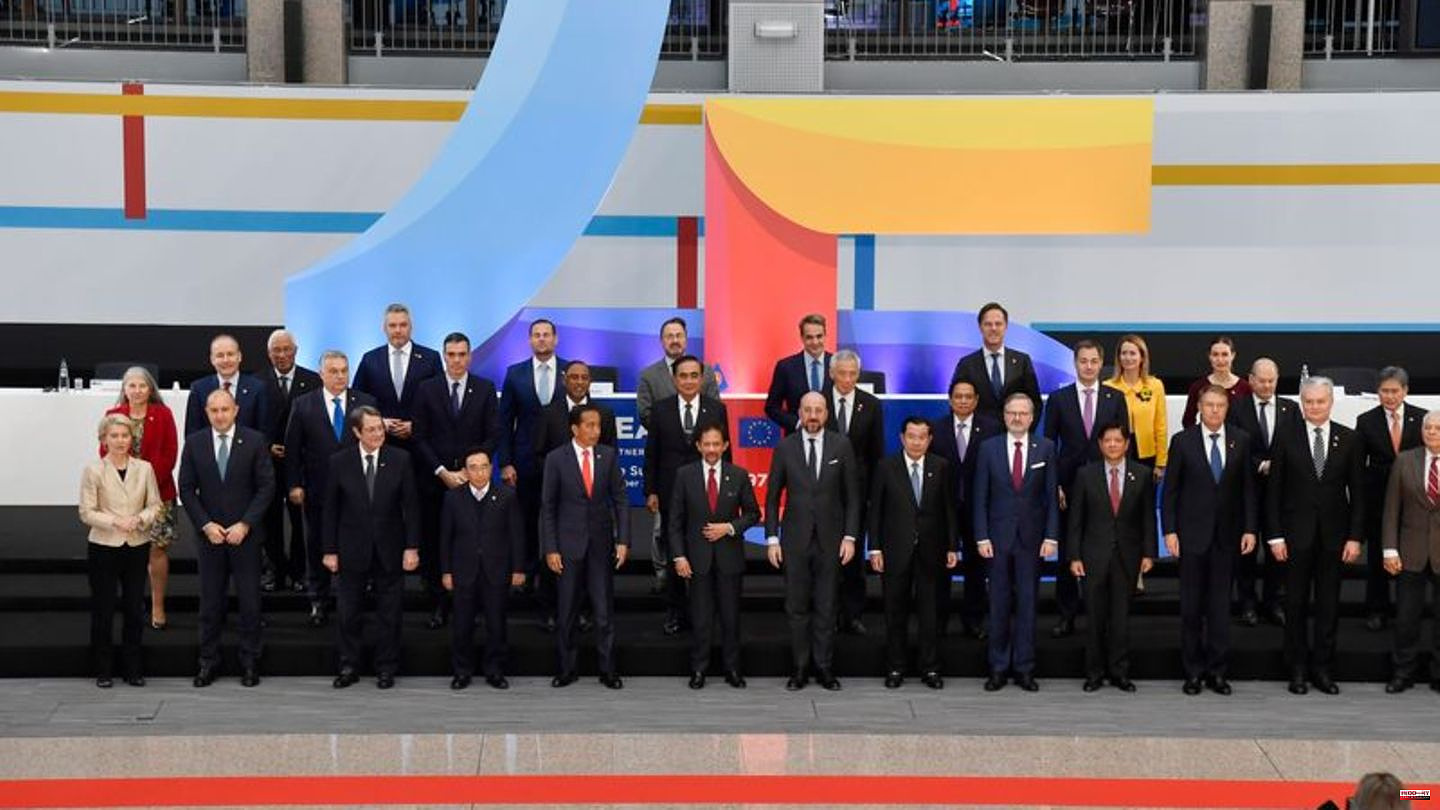 The European Union has failed to persuade the Association of Southeast Asian Nations (ASEAN) to unanimously condemn Russia's war of aggression against Ukraine. The final declaration of the first major summit meeting of the two organizations in Brussels on Wednesday merely stated that most of the participating states condemned Russia's aggression against Ukraine in the strongest possible terms.

Diplomats cited the position of Vietnam, Laos and Thailand as the reason. These three countries also abstained from the last major vote on a UN resolution critical of Russia's war.

"No state has the right to invade another"

Chancellor Olaf Scholz (SPD) said at a press conference in the evening that it was known that countries that did not support the resolution also considered the war to be unjust. This is a good starting point for what you have planned. "No state has the right to invade another and nuclear threats are unacceptable," he said. At the meeting, Scholz also represented French President Emmanuel Macron, who had traveled to the semifinals of the World Cup in Qatar.

At the summit, the EU made it clear in principle that, despite differences, it wants to work more closely with the countries in Southeast Asia - also in order to limit the influence of China and Russia. EU Commission President Ursula von der Leyen announced investments of ten billion euros. The money is intended to strengthen the economy and independence of countries like Indonesia and Thailand, create jobs and promote the fight against climate change.

EU foreign policy chief Josep Borrell said a battle of bids was taking place on the geopolitical stage. If you don't want to be overtaken by other players, you have to get more involved and invest more. The Asean region has a vibrant economy and will "grow and grow" in the coming years.

Indonesian President Joko Widodo meanwhile emphasized that the partnership between the EU and ASEAN is not only running smoothly. You are always confronted with many difficulties. "Therefore, if we want to build a better partnership, it must be based on equality," he said. It cannot be that opinions are imposed or that one partner dictates to the other and believes that their standards are better.

He left open whether he also meant the criticism of an Indonesian law banning sex outside of marriage. Despite protests, the island state's parliament passed a corresponding bill last week. Human rights activists had previously urged the House of Representatives not to pass the new rules because they violate civil rights in the largest Islamic country in the world. It is scheduled to come into force in 2025.

Free trade agreement with Asean association should be promoted

The Summit of Heads of State or Government was organized to mark 45 years of diplomatic relations between the EU and ASEAN. According to the EU, it was the very first in this large format. So far, meetings have usually been held at ministerial level. The Association of Southeast Asian Nations currently includes Laos, Brunei, Cambodia, Indonesia, Malaysia, Myanmar, the Philippines, Singapore, Thailand and Vietnam. However, Myanmar's leadership is not invited after the 2021 military coup.

At the summit, von der Leyen also assured that the EU would continue to push ahead with the project for a free trade agreement with the Asean association. "I think we have to seize the opportunity now," she said. Negotiations on an EU-Asean trade agreement had not progressed in the past and were paused.

At the summit, Philippine President Ferdinand Marcos Junior called on the EU to adapt its proposals for the agreement. "We call on the EU to align the scope and scope of its proposed free trade agreement with what Asean countries can currently collectively agree on," he said. Then concrete progress could be made in the negotiations. Marcos will take over the chairmanship of the Asean association in the coming year.

In 2021, the volume of trade in goods between the European Union and ASEAN was almost 216 billion euros. Among other things, the EU exports chemicals and machines to the countries, the Asean countries, for example, agricultural products, textiles and clothing. Then there is the service sector: According to the EU Commission, the volume in 2019 was 93.5 billion euros. So far, however, there have only been two bilateral trade agreements between the EU and the ASEAN countries Vietnam and Singapore. 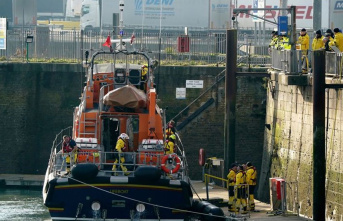