When news of Mahsa Amini's death spread, the people of Iran were ready. 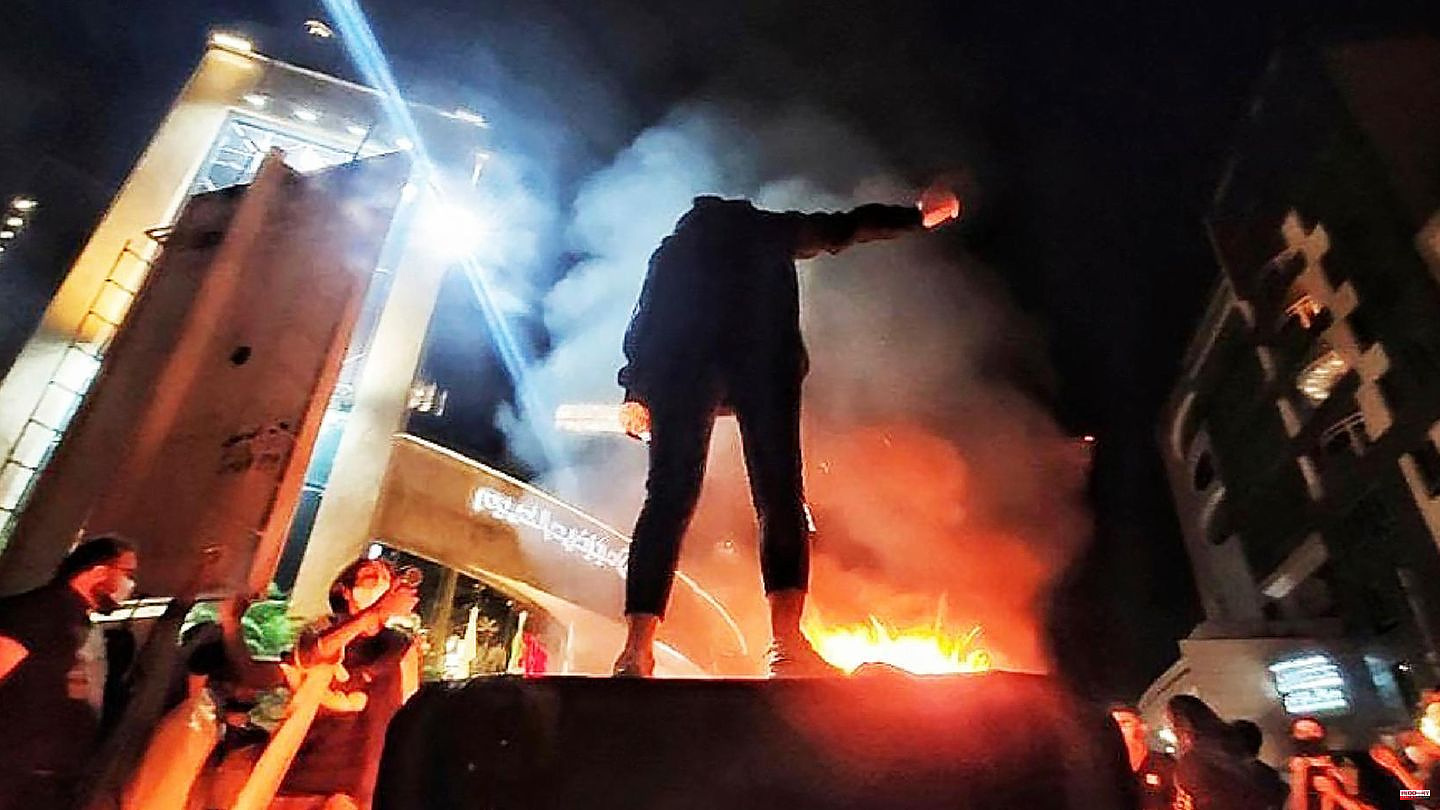 When news of Mahsa Amini's death spread, the people of Iran were ready. Ready to hit the streets, ready to get loud, ready to risk their lives. The 22-year-old Kurd died under previously unclear circumstances at a police station in Tehran after being arrested by the vice squad. The reason: an apparently slipped headscarf.

Her death has put a face to long-simmering resentment at religious laws and economic hardship. For more than two weeks, people in Iran have been taking to the streets every day - they are the largest demonstrations since the Islamic Revolution in 1979. But that's not the only thing special.

Unlike previous protests, women are at the forefront. Anger at the regime runs through society as a whole, uniting young and old, men and women, urban and rural residents. And something else is different this time: the younger generation in particular has nothing to lose. Many are willing to die for their freedom.

Women who burn their headscarves, students who cut their hair, schoolgirls who show Iran's head of state Ayatollah Ali Khamenei the middle finger. The internet is full of photos and videos showing young Iranian women at the forefront of the current protests. The burning of the Islamic headscarf, called hijab, quickly became a symbol of the protests - both to show solidarity with Mahsa Amini and to protest against the hijab law.

The law that came into force in 1981 after the revolution and obliges women to wear the headscarf represents the oppression of women in the Islamic Republic like almost nothing else. It is important to emphasize that many Iranian women are not against the hijab in general, but against the mandatory rule. Despite the risk of punishment, Iranian women have consistently challenged the duty and tested the limits of what they can get away with. Even wearing your headgear a little looser and showing your hairline can lead to arrest by the vice squad in Iran - often including beatings, forced classes or fines.

The protest against compulsory hijab is part of a growing opposition to other discriminatory laws. For years, Iranian women have fought for equality on issues such as divorce, child custody, and the right to work and travel without the consent of a male guardian. In May 2017, the New York-based journalist and activist Masih Alinejad launched the "White Wednesdays" campaign and encouraged Iranian women to wear a white headscarf on Wednesdays as a sign of protest and solidarity (more on this in the stern interview here( €)). Just a few months later, 31-year-old Vida Movahed caused a stir when she stood on an electrical box in the middle of downtown Tehran and waved her headscarf like a peace flag. Many women followed her example until the so-called "Girls of Revolution Street Protest" was crushed by the government.

Mahsa Amini's death has touched a national nerve. Amini, according to protesters, could be the sister, the daughter, could be oneself. The certainty that her fate could have struck any Iranian woman is spreading like wildfire. "We are all mahsa," they shout and loudly demand "women, life, freedom". Every day more people are joining the demonstrations - young and old, men and women, in the cities and in the countryside. Never since the Islamic Revolution in 1979 have so many people taken to the streets in so many different places at the same time in Iran.

Outrage at the young woman's death has become an outlet for long-simmering frustration with the government. Meanwhile, both women and men are demanding an end to religious laws that dictate how people should dress, what they should talk about in their own homes, and what they could eat and drink. Even those in the conservative camp are open to reform, arguing that the use of force to enforce the rules has fomented prejudice against religion.

Another major factor driving people onto the streets is the dire economic situation. Iran's economy has been at rock bottom for years. Sanctions imposed by the US in response to the country's nuclear and missile programs have made it difficult for Iran to participate in global financial markets. Added to this is economic mismanagement and widespread corruption, which have strained the patience of the population. People are suffering from rising inflation, food and supply shortages and high unemployment.

The Iranians are now directing their anger against the heart of the system: Ayatollah Ali Khamenei, who is both the head of state and the highest spiritual authority. Videos on social media show protesters in the northern cities of Rasht, Sanandaj and Mashhad pulling and yelling "Death to the dictator" with their fists raised.

Iran's supreme leader was a long time coming. Only on Monday - more than two weeks after Mahsa Amini's death - did Khamenei describe it as "regrettable", while in the same breath he condemned the protests and described them as a conspiracy operation by the USA, Israel and "Iranian traitors abroad". At the same time, the government is pursuing a dual strategy to silence the people. The three largest Internet operators have been severely restricted, disrupting the network in many places and blocking social media such as WhatsApp and Instagram. The protesters had used these platforms intensively to network with each other and to follow the rapidly unfolding events. In Tehran, meanwhile, power is cut off at night in some central neighborhoods, plunging the streets and squares where thousands had previously gathered into total darkness.

But all these measures are nothing compared to the brutality with which the Iranian security forces crack down on the protests. Verified video footage from the "BBC" and the "Washington Post" show how heavily armed police officers attack the demonstrators with batons, use water cannon and shoot the crowd, some with live ammunition. Violent clashes erupted in the southeastern city of Zahedan last week when security forces opened fire after protesters threw stones at a police station. At least 36 people died and more than 50 were injured.

The situation at Tehran's Sharif University escalated on Monday night. Around 200 students gathered on the university campus and protested peacefully against the religious system with slogans like "Students prefer death to humiliation". The police then blew up the meeting with tear gas and paintball guns, as videos on Twitter show. According to the human rights organization Iran Human Rights (IHR), at least 130 people have been killed since the protests began. The number of unreported cases is likely to be significantly higher. More than a thousand Iranians were also arrested.

But the younger generation in particular is no longer deterred by this. It is they who suffer most from the corset of religious constraints and the miserable economic situation. Many families can no longer afford to send their children to college. Others are well educated but cannot find work because there are not enough jobs. Many no longer see any prospects in their home country. "Because they have nothing to lose, they stand up and say: 'Enough of that. I am willing to die to have a life worth living,'" prominent Iranian human rights lawyer Shadi Sadr put it in the New York Times Point.

It is still too early to say whether the protests in Iran will bring about lasting changes - or even turn into a revolution. The protests already have a revolutionary character. People are not only taking to the streets for equality, economic reforms or changes in the political system. They fight for the big picture and ask the question of what life in Iran should be like.

But there is not one leading figure like Khamenei himself was during the 1979 revolution. The demonstrations are not organized centrally. The young people, especially the women, see each and every one of them as a leader. This is a strength that should not be underestimated, but no guarantee that the protests in the individual cities will coalesce into a mass movement. In addition, the Islamic regime has repeatedly shown in the past that it is not interested in responding to the demands of the population. Instead of risking shaking hands with the demonstrators and ending up looking weak themselves, all the stops are being pulled out. "If the protests last a long time, we will see the full severity of the system," Iran expert Adnan Tabatabai is certain (read more here (€)).

At the same time, many Iranians report that they have never felt such solidarity. Not in decades have so many people from different walks of life gathered behind the pursuit of change. Even if the protests on the streets are gradually contained, it will be extremely difficult for the Iranian regime to get this glimmer of hope out of people's minds. 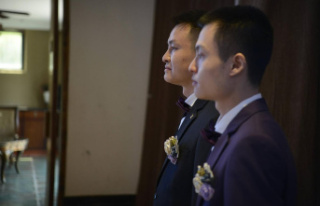