Erdogan declares that Turkey will not continue bilateral talks with Greece

Tayyip Erdogan, Turkish President, stated Wednesday that he had told his colleagues not to hold bilateral talks. Tayyip Erdogan, Turkish President, stated Wednesday that he had told his colleagues not to hold bilateral talks. This is the latest reverse after having resumed talks last summer to resolve their differences in the Mediterranean.

Those talks had made little progress. Erdogan claimed last week that the Greek Prime Minister Kyriakos Mitchells "no more exists" for him. He also accused the Greek leader, Erdogan, of trying to stop sales of F-16 fighter planes to Turkey while he was visiting the United States.

NATO allies Turkey and Greece have been at odds for years over a variety of issues, including maritime boundaries, the extent and size of their continental shelves, airspace, ethnically divided Cyprus, and airspace.

1 Germany announces more arms shipments to Ukraine but... 2 Biden offers to supply Ukraine longer-range missiles 3 Pope urges lifting of Ukraine block to allow wheat... 4 Rwanda declares that it will not stand by if Congo... 5 Israel claims that a laser missile shield will cost... 6 S&P, Dow futures rise ahead of economic data;... 7 Yellen claims she was wrong about the inflation path.... 8 Explainer: Is it illegal to possess guns in Canada?... 9 Sagunt a Escena 2022: daily schedule of all performances... 10 The Masymas supermarket chain expands its online sales... 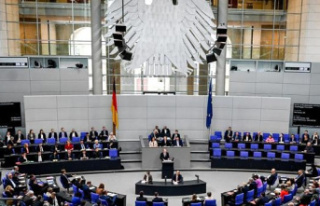