Emeritus Pope dies: farewell to Benedict in Rome and Germany

Benedict is lying in state in his bedroom. 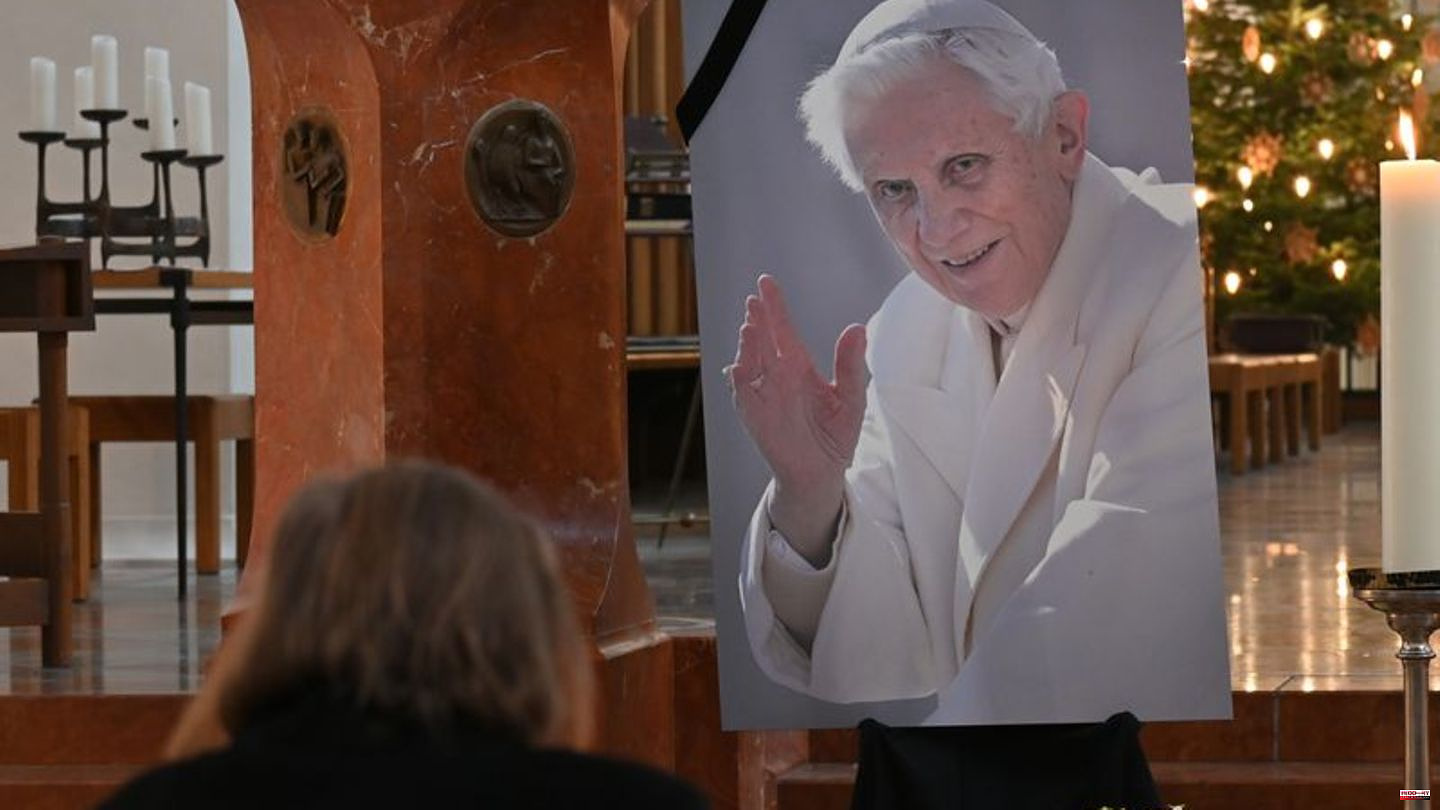 Benedict is lying in state in his bedroom. The inhabitants of Mater Ecclesiae sit in a semicircle around the deceased. There, in the monastery in the Vatican Gardens, the Pope Emeritus had lived since resigning from office in 2013, with his faithful companion and private secretary Georg Gänswein and four women from a Catholic lay association.

They all pray now, on New Year's Eve, on which Benedict XVI. died at the age of 95. As can be heard from the monastery, Benedict appears as if he were just resting.

"He fell asleep, as they say," says one of those present in the room of the German Press Agency on the phone. You can hear relief in those words. Benedict also seems very peaceful now.

Outside, outside the Vatican walls, there is a lot of New Year's Eve activity in Rome and also on St. Peter's Square. Some of the tourists don't even realize that Benedict has died. The bells of St. Peter's Basilica do not ring as they normally do when a reigning pope dies, nor are the gates of the most important basilica closed to Catholics as a sign. Only in the afternoon do security forces clear St. Peter's Square for visitors. But that is due to the evening Vespers, not to Benedict.

"What, he's dead?" asks a visitor from Bavaria when a reporter asks her about the news. The news that Benedikt died at 9:34 a.m. is only getting through slowly. In the evening, someone pinned a picture of the Pope Emeritus to a bollard in front of the square, with two candles on the ground in front of it.

"We heard the news, and because we're in Rome, we thought we'd go to St. Peter's Square and see what's going on there," says a German tourist. "We had also, I would say, expected more. It's actually quite normal everyday activity here, and I would say that half of the people who are here on the pitch didn't even notice what happened at all. " A young woman says: "It was just our German Pope. I was twelve years old when he resigned. I didn't care that much about it then."

Since 2013 and the voluntary resignation, Benedict XVI. only papa emeritus; alongside his charismatic successor Franziskus, the native Bavarian was somewhat forgotten by some.

Flags in Berlin at half mast

Now, on the last day of the year 2022, many are remembering the one who actually didn't want to become pope. The flags fly at half-mast on the Reichstag building in Berlin. Federal President Frank-Walter Steinmeier praised: "The unity of Christianity and the dialogue between religions, the coexistence of religion and society were particularly important to him." Munich's Archbishop Cardinal Reinhard Marx says: "Benedict XVI was a great pope who always exercised his pastoral office with frankness and strong faith."

Cardinal Rainer Maria Woelki gathers with the cathedral chapter for the prayer for the dead in Cologne Cathedral. Cathedral provost Guido Assmann remembers Benedict's visit to World Youth Day 2005, shortly after his election to the pope. "It was easy to observe how the modest Pope turned more and more to the young people and felt comfortable in their midst in Cologne." The experience in Cologne is said to have inspired Benedikt. At least that's what his private secretary Gänswein always said.

Unlike in St. Peter's Basilica in Rome, the "Dicke Pitter" - St. Peter's Bell - rang in the south tower of Cologne Cathedral on this day. The muffled sound of 24 tons of bronze could only mean one thing in the morning: Benedict is dead. During the prayer for the dead, the cathedral is packed, but many of those present are not believers but tourists. It teems with people. Everywhere is filmed.

There is a book of condolences in the transept of the cathedral. In front of it is a black framed picture of Benedict with a white rose next to it. Many visitors also register after Woelki. "Please Benedict for us!" It says, "Vergelt's Gott" and "Rest in Peace Papa".

In Marktl am Inn in Upper Bavaria, the house where Benedikt was born opens on Saturday. Candles are burning in the room where Joseph Ratzinger was born on April 16, 1927. A white rose stands on a black cloth. A book of condolences is available in the foyer. Only a few visitors come until the early afternoon.

Believers light candles on the market square, as Franz Haringer, the theological director of the birth house, explains. "What I remember most is his ability to express faith in simple and clear words - and also his life theme: faith and thought, faith and reason: As a believer, I don't have to turn off thinking," says Haringer. At the same time it is "reasonable to reckon with God".

In his old age in Rome, Benedict had long been ready to return to the Creator. In the end he became weaker and weaker, and the Sacrament of Anointing of the Sick was administered to him on Wednesday. One who was close to him says: "He was a Bavarian gentleman." 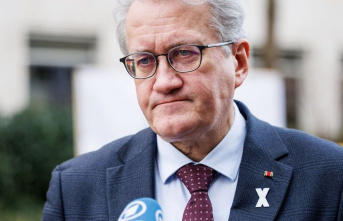