As a teenager, Giorgia Meloni followed her mother's example and joined the "Movimento Sociale Italiano" (MSI). 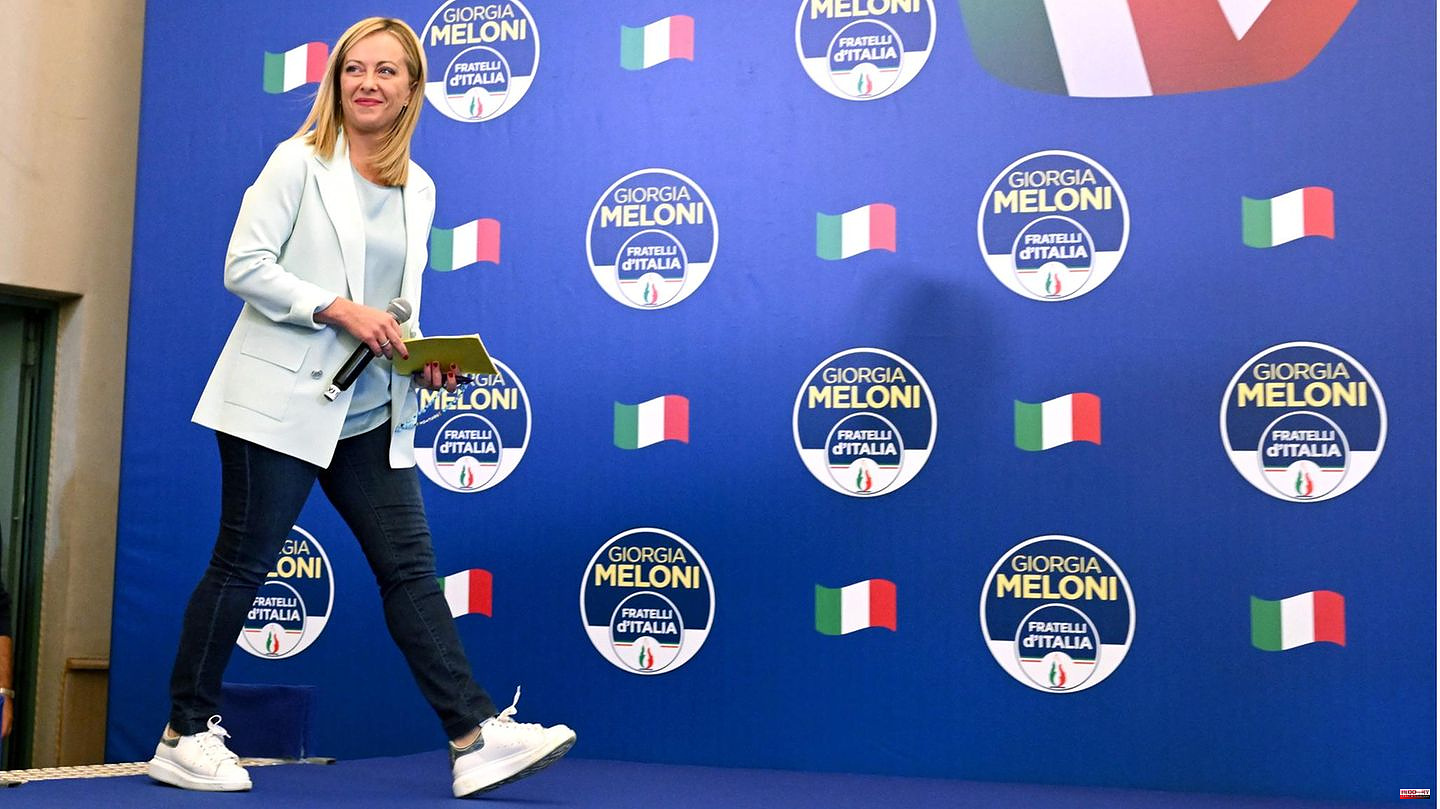 As a teenager, Giorgia Meloni followed her mother's example and joined the "Movimento Sociale Italiano" (MSI). To be more precise, the "Youth Front" of this pool of Italian old and neo-fascists. In the 1990s, the movement moderated somewhat, forged alliances, including with Silvio Berlusconi's Forza Italia, and is now the country's strongest party under the name Fratelli d'Italia. Boss of the "Brothers of Italy": Giorgia Meloni.

After her clear victory in the parliamentary elections, the 45-year-old is on the verge of becoming Italy's next head of government - as the first woman and the first post-fascist. Your right-wing bloc has an absolute majority, although it is still unclear to what extent the vanity of your two allies, Silvio Berlusconi and Matteo Salvini, will affect the formation of a government. But there shouldn't be much to stand in the way of a die-hard nationalist as the next prime minister.

What does this mean for the country and the EU?

The election campaign itself was heated and characterized by attacks on the opposing camp. In terms of content, Meloni was moderate, but clearly on the right - with some surprising limitations. Unlike most European right-wing parties (and its partners Salvini and Berlusconi), it took a clear stance against Vladimir Putin in the Ukraine war and welcomed arms deliveries for the Ukraine he was invading.

The Fratelli boss is also "fully committed" to the EU, the euro and western alliances such as NATO. But not to all values ​​of the Union. She rejects rights for sexual minorities, for example. For her and her party, the heterosexual family is the only acceptable way of life. Unashamedly, she recently revived the slogan of many reactionaries (and Mussolini's): "God, family, fatherland."

But this support should not apply to everyone. Meloni wants to significantly limit the influx of migrants. Italy's right-wingers are in agreement on this issue, and there is even support from the left on one aspect: the Dublin Agreement, for example, is to be reformed, which stipulates that refugees must apply for asylum in the country in which they first set foot on European soil. Because these are mainly Mediterranean countries like Italy in the EU, they are also particularly affected. Not much is happening on the subject at EU level.

The Fratelli d'Italia program even mentions a "naval blockade" to prevent refugee ships from leaving North African ports. But even in the right-wing bloc's anti-immigration atmosphere, this extreme proposal seems unlikely to win a majority. It probably also plays a role that Lega Nord boss Matteo Salvini, as Minister of the Interior, messed with private sea rescuers a few years ago. But all of his decrees at the time had to be toned down.

The EU's "climate protection ideology" is also a thorn in the side of the Italian brothers, although it is part of an ambitious reform program that the previous head of government, Mario Draghi, has agreed with Brussels. Meeting the deadlines is a prerequisite for Italy receiving the next installments of the €200 billion aid package, but Meloni wants to renegotiate the program.

In the foreseeable struggle with the EU, Meloni's relationship with the government in Berlin also plays a role. In short, the nationalist is no friend of Germany. She is suspicious of Germany's position in Europe, which she believes is bad for Italy. Her main criticism: the euro primarily benefits economically strong countries, while at the same time German policy would save Italy to death.

Unsurprisingly, the 45-year-old also shows solidarity with the Hungarian Prime Minister Victor Orban at every opportunity. As was the case recently, when the EU Parliament officially complained that Hungary was no longer a real democracy. In the world of Giorgia Meloni, however, Orban is only doing what he is entitled to as the majority elected head of government: namely to govern according to his ideas.

The idea of ​​"whoever is elected is right" has already caused concern for many observers during their election campaign. Because one of the most drastic election promises was the transformation of Italy into a presidential system similar to that of France. But given Italy's fascist past, the founders of the republic wanted to prevent power from falling back into the hands of a single individual. For this plan, however, Meloni's right-wing bloc would have had to achieve a two-thirds majority. But she didn't succeed. 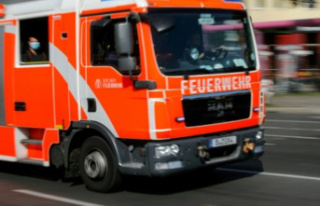 Three dead in a fire in a nursing home near Oldenburg