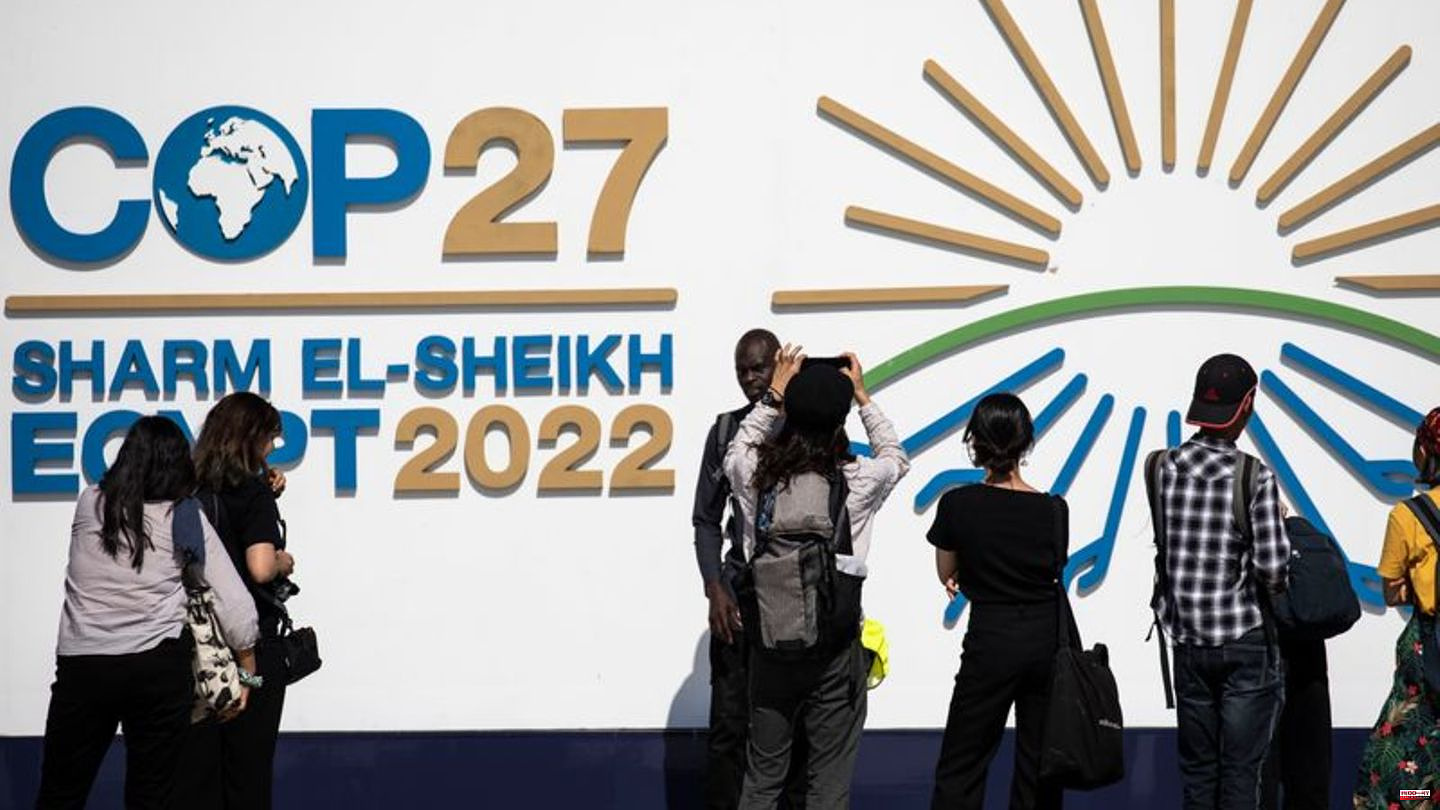 The world climate conference COP27 opened in Egypt overshadowed by several global crises. This year's conference is part of a 30-year journey since the signing of the Framework Convention on Climate Change in 1992, said the President of COP27, Egypt's Foreign Minister Samih Schukri, at the start in the seaside resort of Sharm el-Sheikh on Sunday. Lessons must be learned from the devastating climate events in Pakistan, Africa, parts of Europe and America. With a view to the climate negotiations, Schukri said: "There will be no winners in zero-sum games."

Federal Foreign Minister Annalena Baerbock underscored the importance of curbing global warming. "Humanity is heading for an abyss, for warming of over 2.5 degrees, with devastating effects on our lives on the only planet we have," said Baerbock (Greens) with. The world has "all the necessary instruments at hand to limit the climate crisis and get on the 1.5 degree path".

In Sharm el Sheikh on the Red Sea, representatives from almost 200 countries will spend two weeks discussing how the fight against global warming can be stepped up. Time is of the essence, according to a World Weather Organization (WMO) report presented on Sunday. Among the 100 or so heads of state and government who will be attending will be Chancellor Olaf Scholz and US President Joe Biden, as well as the new British Prime Minister Rishi Sunak. 44,000 participants were registered on site on Sunday.

Maximum values ​​registered in all areas

The President of last year's COP26 conference in Glasgow, Alok Sharma, said before handing over office to Shukri on Sunday that entire regions of the world have now become uninhabitable. The pressure on many people who would have to relocate is almost unimaginable. "This conference must be about concrete action," Sharma said. "Putin's brutal and illegal war in Ukraine has created multiple global crises - energy and food insecurity, inflationary pressures and a debt spiral." These crises would have exacerbated already existing vulnerabilities to climate change.

According to the WMO report on the current state of the climate, the past eight years are pointing to the warmest on record. The global average temperature was recently estimated to be around 1.15 degrees above the pre-industrial average.

According to the WMO, the concentration of the most important greenhouse gases - carbon dioxide (CO2), methane (CH4) and nitrous oxide (N2O) - reached a new high in 2021, and the increase in methane was even greater than ever. The concentration of all three gases in the atmosphere continued to rise in the current year. "We have such high levels of carbon dioxide in the atmosphere that the 1.5-degree target is barely within reach," said Secretary General Petteri Taalas. The higher the global warming, the worse the effects would be.

There is agreement, but not enough action

According to climate researchers, global warming must be stopped at 1.5 degrees to avoid crossing dangerous tipping points and averting the most catastrophic consequences of climate change. It is theoretically still possible, but only through a radical change of direction in climate policy. The international community has agreed on this goal, but is far from doing enough to implement it politically.

UN Secretary-General António Guterres said: "The latest report on the state of the world's climate is a chronicle of climate chaos." The world must respond with ambitious, credible climate action. "COP27 must be the place for it and now must be the time."

According to the WMO, extreme weather events in the current year have affected millions of people and cost billions. By mid-year, up to 19.3 million people were affected by unsafe or inadequate access to food as a result of extremely prolonged droughts in East Africa. The flood disaster in Pakistan cost at least 1,700 lives in late summer and drove almost eight million people from their homes.

Criticism of the host country Egypt

The financing of climate-related damage and losses - such as damage from extreme weather events and slow changes - has been a matter of debate for a long time. Developing countries, which are particularly vulnerable to climate damage, have long fought for formal negotiations on the issue. Now with success: At COP27, financing is part of the official agenda at a world climate conference for the first time. The participants agreed on this on Sunday. The COP presidency spoke of a "historic step". The special representative for international climate policy at the Federal Foreign Office, Jennifer Morgan, spoke of an "important step" at the start. It shows the willingness of states to "work together to tackle the climate crisis".

UN climate chief Simon Stiell said: "No one can just be a passenger on this journey. This is a signal that times have changed." He added that the heart of the implementation is "that everyone, everywhere in the world, does everything in their power every day to tackle the climate crisis". The voices of science on climate change and its consequences could hardly be "sharper, stronger and more sobering," said Intergovernmental Panel on Climate Change (IPCC) Chairman Hoesung Lee.

Despite repeated criticism, the organization Human Rights Watch sees no improvement in human rights in Egypt. "As COP27 participants arrive, it is clear that the Egyptian government has no intention of relaxing its abusive security measures," said Adam Coogle, the organization's North Africa affairs officer. This also applies to the severely curtailed freedom of speech and assembly in Egypt. At COP27, protests are only allowed at certain times and in a specially designated zone. In Germany, climate activists protested on Sunday at Neuschwanstein Castle in the Allgäu for more climate protection. 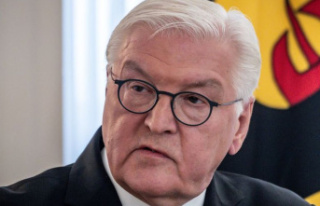