When it comes to protecting the population and critical infrastructure, Federal Interior Minister Nancy Faeser (SPD) and her country colleagues have the same goal. 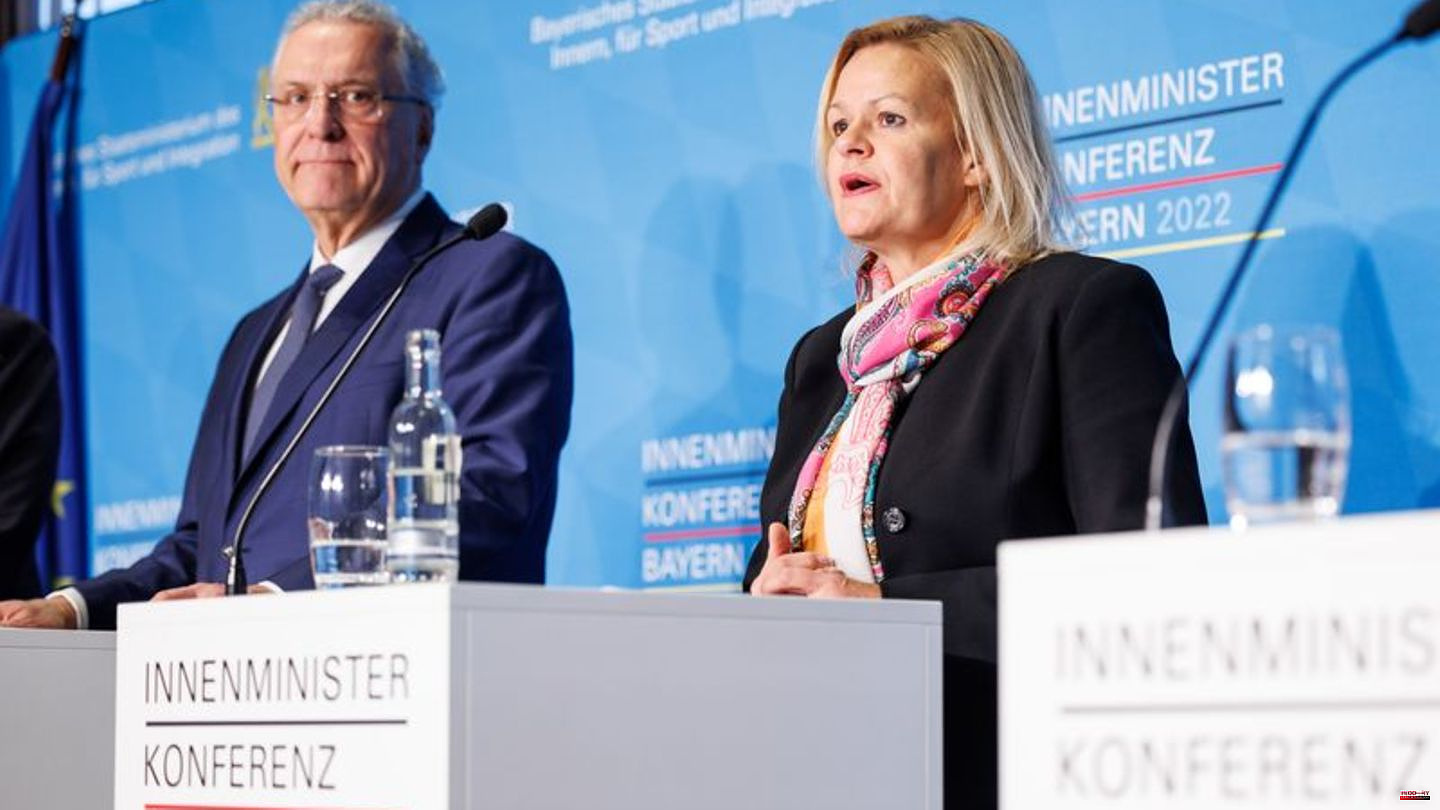 When it comes to protecting the population and critical infrastructure, Federal Interior Minister Nancy Faeser (SPD) and her country colleagues have the same goal. At the end of their autumn conference in Munich, the interior ministers did not agree on who should make which contribution. A basic consensus was also reached on how to deal with radical climate activists and on limiting deportations to Iran to criminals and so-called terrorist threats.

Some issues that the police are keen on have not been publicly addressed at all. This is both about the improved networking of the database of various police authorities, which was announced many years ago, and about the attractiveness of the profession as a whole. The federal chairman of the police union (GdP), Jochen Kopelke, said: "We see that fewer and fewer qualified people want to join the police. The digitization of the police is running in low gear."

CIVIL PROTECTION: The expansion of civil defense and disaster control in Germany, which the federal states actually demand from 2023, will be given more time. Because of the budgetary situation, they now only want to present a new concept with the federal government from 2024. In the next ten years, ten billion euros are to flow into the civil protection pact. This also includes a comprehensive siren infrastructure. A special funding program that expires at the end of the year is therefore to be continued and provided with significantly more money.

DEPORTATION STOP-IRAN: Due to the tense political situation, there should initially be no deportations from Germany to Iran. Only in the case of threats and serious criminals should this continue to be possible after an individual assessment. In Iran, people across the country have been protesting against the country's political leadership for months.

ASYLUM: Because of the high number of immigrants, the federal states and the municipalities in Germany are "at the limit" according to Bavaria's Interior Minister Joachim Herrmann (CSU). Financial help is therefore not enough. The federal government must also take care of limiting irregular migration and consistently returning rejected asylum seekers. And in view of the tense situation, the federal government must also critically question admission programs that have already been announced. The federal government has already promised to take in migrants rescued from distress at sea who were brought to Italy. There is also a program for vulnerable Afghans.

BLACKOUT: When asked how Germany is preparing for possible regional power outages that could result from cyber attacks or energy shortages, Faeser refers above all to the responsibility of energy suppliers and other operators of critical infrastructure. At the same time, she announced that she intended to present the cornerstones for a corresponding umbrella law to the cabinet before Christmas. "A clear federal legal framework is required in order to be able to oblige operators of critical infrastructures to take precautionary measures in the future and to provide minimum technical and organizational standards for security precautions," says Saxony-Anhalt Interior Minister Tamara Zieschang (CDU). Herrmann emphasized that he considers the risk of cyber attacks on critical infrastructure to be greater than the risk of an energy blackout.

CYBER SECURITY: The threat and attacks in digital space are constantly increasing, says Lower Saxony's Minister of the Interior, Boris Pistorius (SPD). An example of this is "the University of Duisburg-Essen, which has been completely paralyzed and is being blackmailed". Everything must be done "in order not to lose touch in the race with the attackers". The SPD interior ministers are of the opinion that the Federal Office for Information Security (BSI) must be expanded into a central office.

CLIMATE ACTIVISTS: At the request of the Union countries, a nationwide situational picture of the actions of climate activists is to be created. In view of the announcement by the group "Last Generation" that they want to carry out more actions again, Herrmann said it was obvious that a tight organization was behind the actions. As a result, it had to be clarified whether it was actually a criminal organization. A few activists are already known to the authorities from the left-wing extremist scene.

PREVENTATIVE DETENTION: According to Faeser, the federal states should agree on a uniform approach to the application and duration of preventive detention. The preventive detention of climate activists had caused a lot of discussion nationwide in the past few weeks. In Bavaria, people can be taken into preventive custody for up to 30 days in individual cases. In most other federal states, the maximum duration is much shorter.

STORAGE OF IP ADDRESSES: The federal and state governments once again emphasized that the scope for data storage permitted by the European Court of Justice must be used. Faeser announced that he would continue to campaign for this in the federal government. The quick freeze procedure promoted by the FDP in the federal government as an alternative is an addition, but is not enough on its own. With the quick freeze procedure, telecommunications providers are obliged to store data on individual users for a certain period of time if there is an initial suspicion - to "freeze" so to speak.

ATMS: Although the number of ATMs blown up throughout Germany continues to rise, the interior ministers refrained from binding guidelines for the protection of money for the banks. First of all, we continue to rely on voluntary actions. However, Pistorius emphasized that if necessary, he would introduce a legal obligation in Lower Saxony if the trend did not change. 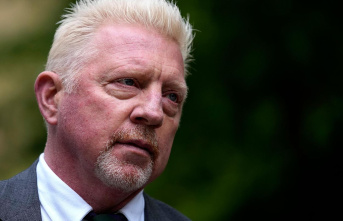 Boris Becker in prison: single cell and coffee with...