Foreign Minister Annalena Baerbock has rejected Poland's demands for reparations in the trillions, but at the same time tried not to allow the conflict to escalate further in view of the Russian war of aggression in Ukraine. 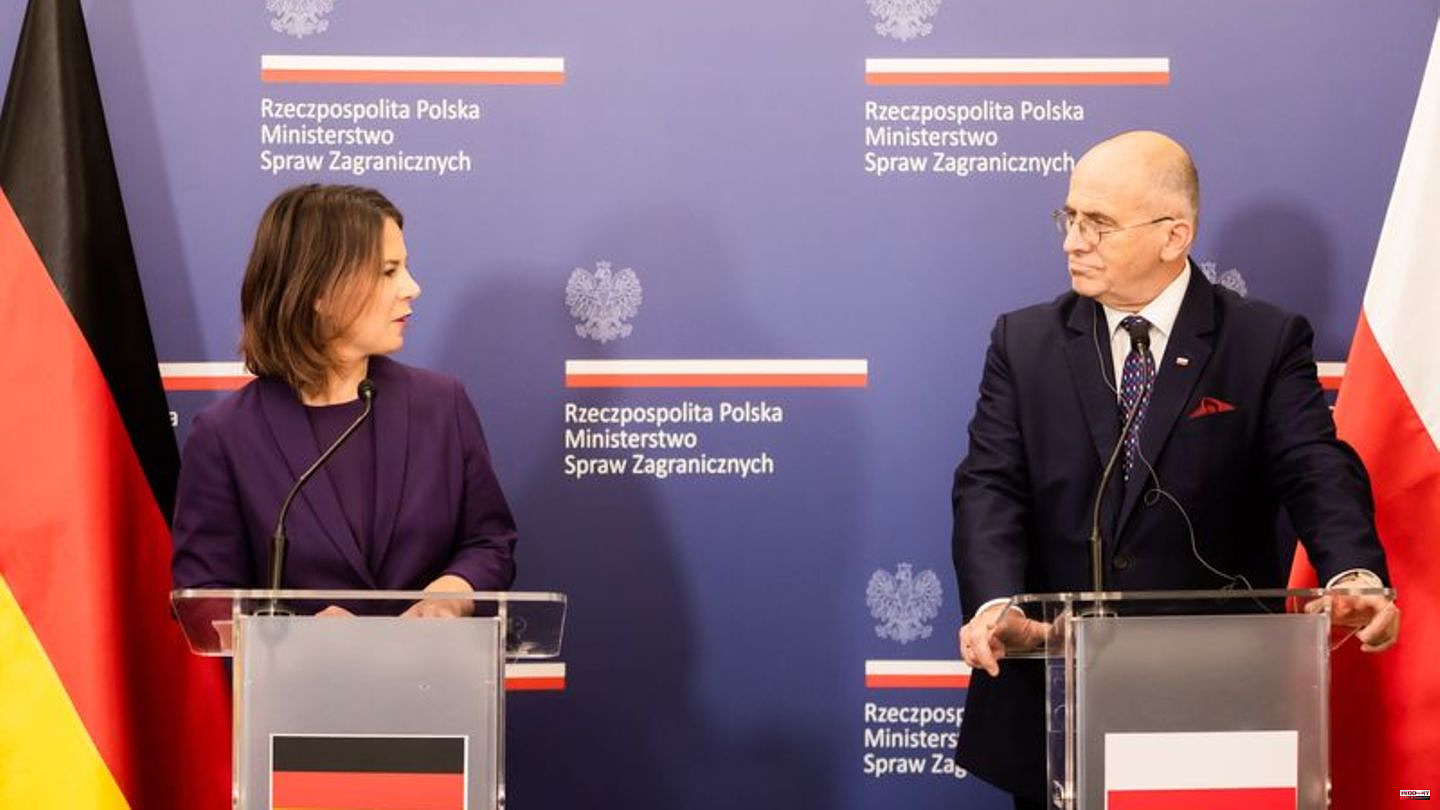 Foreign Minister Annalena Baerbock has rejected Poland's demands for reparations in the trillions, but at the same time tried not to allow the conflict to escalate further in view of the Russian war of aggression in Ukraine.

From the point of view of the federal government, the question is closed, emphasized the Green politician after consultations with her Polish counterpart Zbigniew Rau in Warsaw. She assured: "Germany stands by its historical responsibility without ifs and buts." Rau expressed the hope that the position of the federal government would continue to develop in the course of the talks on reparations.

Despite the difficult issues, the atmosphere at the joint press conference by Rau and Baerbock was very different from that of the Foreign Minister's inaugural visit in December. At that time, Rau had apparently treated his new colleague from above and presented her with a catalog of demands for 20 minutes. It was like a lecture. Now the interaction between Rau and Baerbock seemed more equal and characterized by respect.

As expected, Baerbock remained firm on the sensitive issue of reparations. At the same time, she emphasized: "It remains our eternal task to remember the millionfold suffering that Germany has done to Poland." The brutality "with an inhuman campaign of oppression, Germanization, pure annihilation" had "produced a completely different pain in Poland than in other places". The memory of this must also be kept alive among young people in Germany.

Baerbock: Keeping the memory of the suffering of the Poles alive

It is "always noticeable how present this pain is to this day," said Baerbock to Rau. "And not only in 90-year-olds, but also in nine-year-olds, because this pain is inherited through generations." This is perhaps not always so conscious in Germany. "We have to keep reminding ourselves of that, especially in Germany. I think this is something where we can and must continue to work together."

Regarding the reparations, Rau said: "I am therefore convinced that the position of the German government on this issue will continue to develop as a result of the dialogue." If only because no one in Germany or Poland can refer to a moral system or a legal order "in which the perpetrator of a crime was authorized to independently and solely determine the extent of his guilt, but also the extent and duration of his responsibility". .

Poland's PiS government had reinforced its demands on Germany shortly before Baerbock's visit: Rau signed a diplomatic note to be handed over to Berlin. On the 83rd anniversary of the start of the Second World War on September 1st, a parliamentary commission in Warsaw presented a report in which the damage in Poland was estimated at more than 1.3 trillion euros.

Rau did not name a specific amount of compensation on Tuesday. However, it is easy to determine this sum, said Rau and referred to the report of the parliamentary commission. Baerbock only said about Warsaw's diplomatic note: "We saw on television yesterday that a letter was on its way to Berlin." It is "good that we were able to talk about it personally today". The attitude of the federal government is known.

Unity in support of Ukraine

There was agreement on the subject of Ukraine. "There is nothing that can separate Poland and Germany in supporting Ukraine. Millions of people in Ukraine need us together now" - Poles, Germans, Europeans, said Baerbock. Together they will support Ukraine next winter. "We will not leave Putin's land grab unanswered," added the minister. The EU is preparing an eighth package of sanctions - she also spoke to Rau about this. The sanctions should "hit the Russian regime where it really works, above all in oil revenues."

Rau said both countries would condemn Russia's sham referendums in the occupied eastern Ukrainian territories and not recognize their annexation. It was agreed that the war must end with Ukraine regaining full territorial integrity. The absolutely most urgent problem is therefore still the support of Ukraine through the delivery of heavy military equipment, missile and air defense systems as well as tanks and armored vehicles.

At the end of her visit to Warsaw, Baerbock paid tribute to the victims of the Warsaw uprising against the Nazi occupiers in 1944. She laid a wreath at the cemetery for the insurgents. Before that, she had met a veteran of the uprising in a memorial chamber that only opened on Sunday.

On August 1, 1944, the Polish Home Army (Armia Krajowa) rose against the Nazi occupiers. The uprising was crushed within two months. Around 16,000 insurgent fighters and 150,000 to 200,000 civilians were killed. Warsaw was almost completely destroyed. 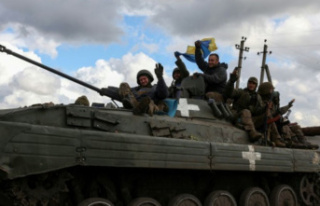