Demonstrations: Despite threats from the Revolutionary Guards, protests continue in Iran

In Iran, despite a massive threat from the Revolutionary Guards, protests have entered a new round in many cities. 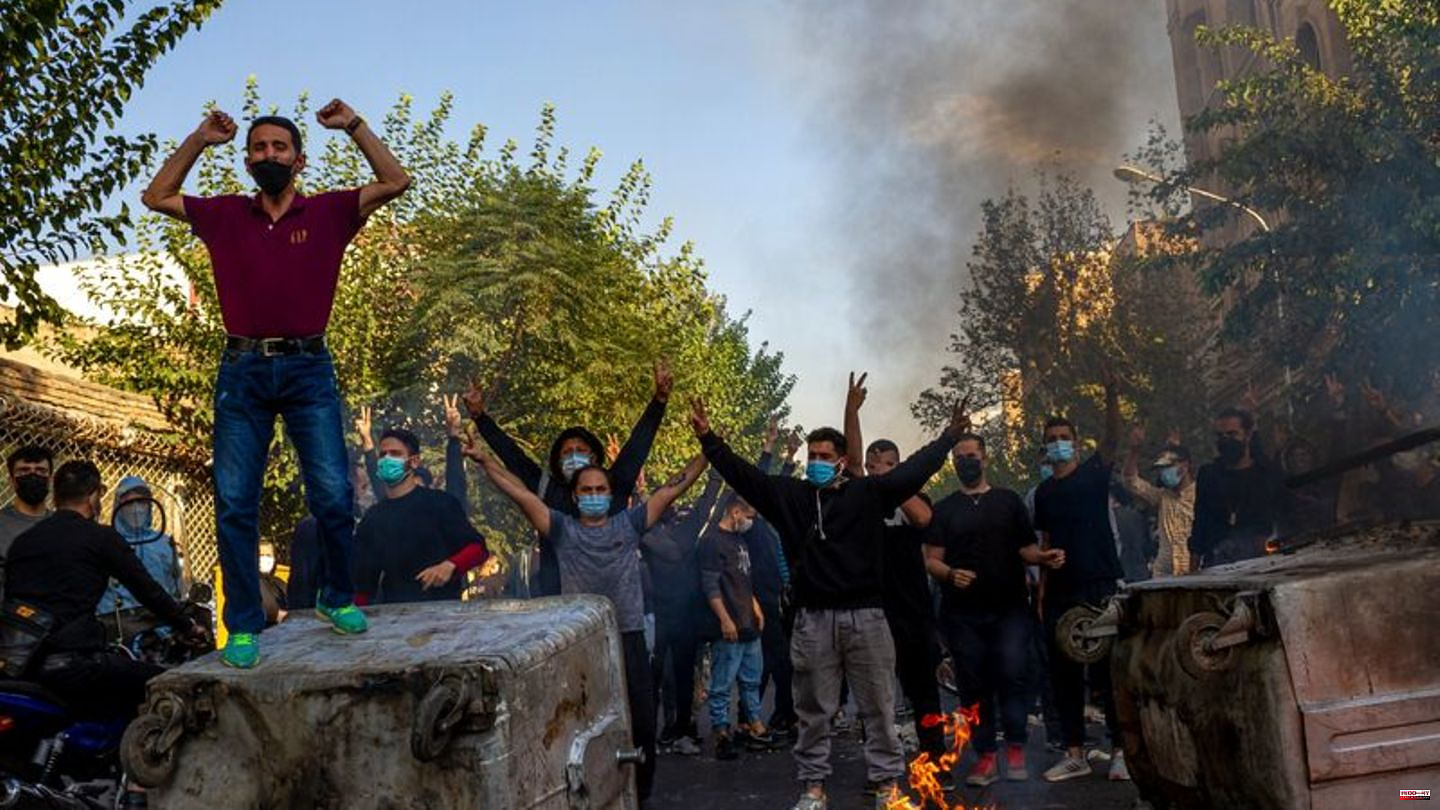 In Iran, despite a massive threat from the Revolutionary Guards, protests have entered a new round in many cities. According to reports from eyewitnesses, the security forces used violence again at the weekend.

In Germany and other European countries, many people took to the streets again in solidarity with the demonstrators in Iran. The protests against the authoritarian leadership of the Islamic country have now lasted more than six weeks.

On Saturday, the commander of the influential Revolutionary Guards (IRGC), Hussein Salami, demanded an end to the demonstrations in a speech. "The demonstrators should not overtax the patience of the system," warned the general, according to a report by the state news agency IRNA. "Today is the last day of the riots. Don't come out on the streets anymore." Nobody will allow the demonstrators to continue creating insecurity and turning the country's universities into a "battlefield".

Nevertheless, students in the capital Tehran, the pilgrimage city of Mashhad in the north-east and other parts of the country continued their protest actions. Security forces used violence against hundreds of students on a campus in Mashhad, eyewitnesses said. In Tehran, the police reportedly used tear gas. There were also protests against the course of the government and the Islamic system of rule in many other cities.

The trigger for the demonstrations was the death of the 22-year-old Iranian Kurd Mahsa Amini in mid-September. The vice squad arrested her for allegedly violating Islamic dress codes. The young woman then died in police custody. According to human rights organizations, at least 250 people have been killed and more than 10,000 arrested in Iran since then.

A nationally known rapper, Tumaj Salehi, was also arrested after criticizing the political leadership in Tehran. According to the state news agency Tasnim, which is considered the mouthpiece of the influential Revolutionary Guards, the musician is accused of instigating violence during the ongoing protests. Officially, Salehi was arrested trying to flee the country.

On his Telegram channel, an uncle of the rapper contradicted this version and expressed concern about his whereabouts. Many on social media were outraged by the arrest. Salehi was arrested a year ago. At that time he was released on bail.

At the beginning of the seventh week of protests, Tehran intensified the tone again. Observers took the speech by IRGC commander Salami as a final warning to end the protests. It is feared that the military and the Revolutionary Guards will soon be deployed against demonstrators. In Germany, thousands demonstrated again at the weekend in cities such as Cologne, Berlin and Düsseldorf.

The internet, meanwhile, remains restricted in Iran. Many social networks are blocked to make collusion between demonstrators more difficult. The leadership in Tehran blames the country's "enemies" - above all the United States and Israel - for the unrest. Citizens' demands for more freedom have so far been labeled a foreign conspiracy - and ignored.

But even critical voices in the country express doubts about this representation. The Iranian daily "Shargh", for example, rejected allegations of espionage against its imprisoned reporter Nilufar Hamedi. Editor-in-chief Mehdi Rahmanian emphasized that when reporting after Mahsa Amini's death, the journalist was only doing her job.

An intelligence report on Friday accused Hamedi and her colleague Elaheh Mohammadi of having been trained by and collaborating with an American "state mafia" and the CIA. Their reports were used abroad to ignite the unrest. Hamedi had made the case of Aminis public in Iran. She is now in the notorious Ewin prison in the capital Tehran.

1 Russia out of agreement: "Playing with hunger":... 2 NRW: Three injured in shots in front of a fast food... 3 Handball: SC Magdeburg outclassed SC DHfK Leipzig... 4 Bundesliga: "Fun" - Bayern in the attack... 5 Matchday 12: Union turns the game in the last second... 6 Berlin : activists stick themselves in the natural... 7 Cozily spooky on the couch: series for binge-watching... 8 Director: Werner Herzog's special relationship... 9 Together "through space and time": The Geissens... 10 Donald Trump's protégé: America's most... 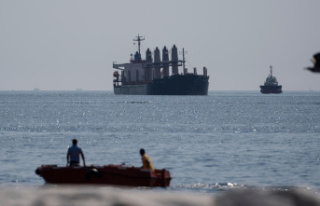 Russia out of agreement: "Playing with hunger":...