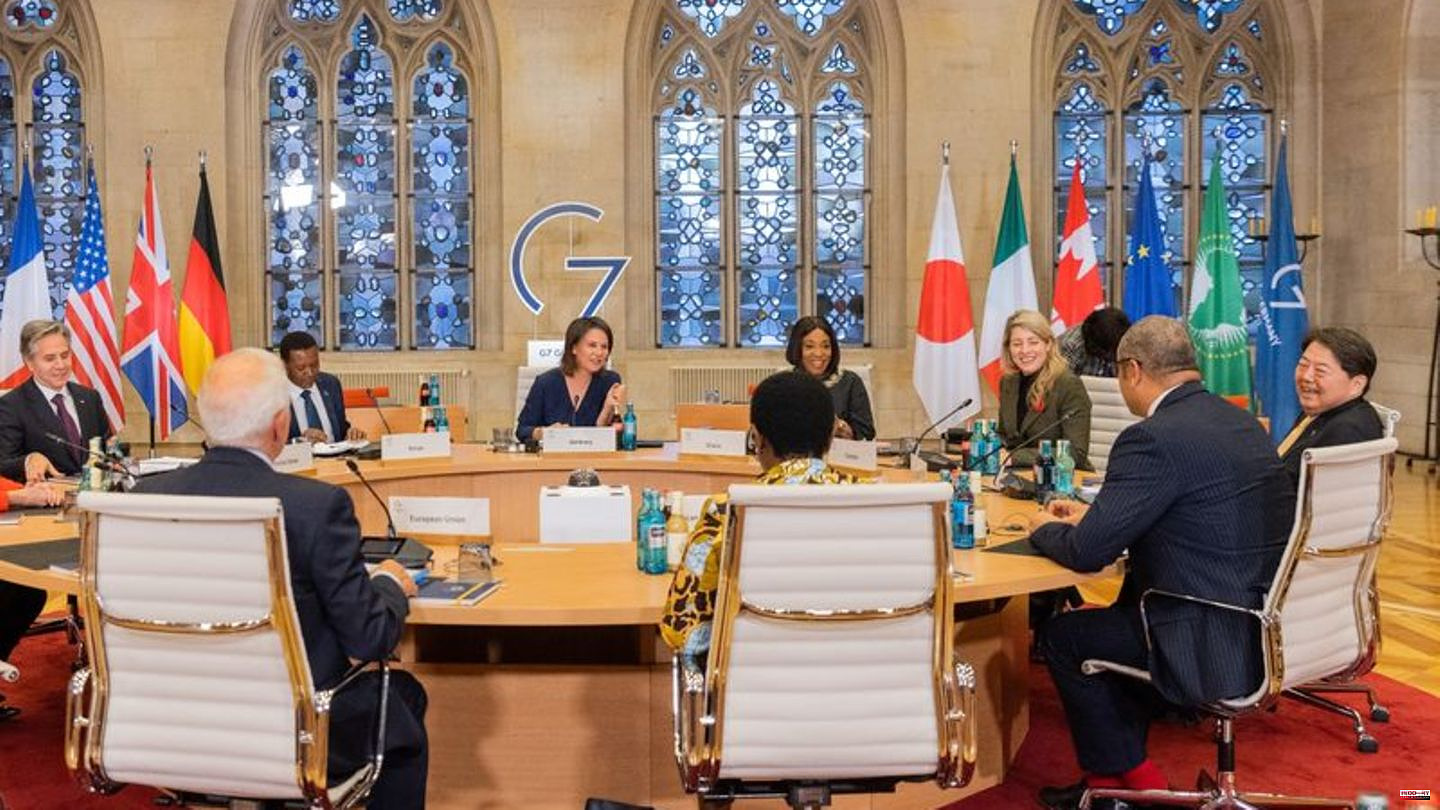 The G7 group of economically strong democracies has sharply criticized Iran's actions against demonstrators and Tehran's arms deliveries to Russia and indirectly threatened further sanctions. "We will not accept this massive violation of human rights in Iran," said Foreign Minister Annalena Baerbock (Greens) on Friday at the end of the two-day G7 deliberations in Münster, Westphalia. A comparison was made as to which sanctions the partners would have taken because "of course you have the most effect when we act together".

In addition to Germany, the G7 group also includes France, Italy, Japan, Canada, the USA and Great Britain. Germany will hold the presidency until the end of the year, and Japan will take over the presidency next year.

Many sanctions packages have already been passed against Iran for various reasons, said Baerbock. Now it has been made clear again "that we have launched further sanctions packages in view of the most recent massive violations of human rights".

The final document of the G7 consultations states that "the brutal and disproportionate use of force against peaceful demonstrators and children" is condemned. Iran's authorities are urged to "ensure that perpetrators of human rights violations and abuses are held accountable."

Additional sanctions were not announced in the paper. But the outcome document said the G7 would "continue to impose economic costs on Russia and other countries, individuals or organizations that provide military support to Moscow's war of aggression, as several of us have already done in relation to Iran's supply of unmanned aerial vehicles to Russia to have". Tehran has so far denied accusations of supplying arms to Russia.

The G7 have asked Tehran to stop arms deliveries. "We strongly condemn Iran's continued destabilizing activities in and around the Middle East." These included Iran's activities "with both ballistic and cruise missiles" and with drones, and the "proliferation of such advanced weapons to state and non-state actors." The G7 warned: "Such proliferation will destabilize the region and escalate already high tensions."

The G7 warned Russia of a further escalation of the war in Ukraine and condemned President Vladimir Putin's nuclear threats. "Russia's irresponsible nuclear rhetoric is unacceptable. Any use of chemical, biological or nuclear weapons by Russia would have serious consequences," the paper said.

Baerbock welcomed Chinese warnings that Putin would use nuclear weapons. "The fact that the Chinese side addressed this so clearly again today is an important sign." China's head of state and party leader Xi Jinping said at a meeting with Chancellor Olaf Scholz (SPD) in Beijing: "The use of nuclear weapons or the threat to do so must be rejected."

The G7 would help Ukraine prepare for the winter, the final document also assured. A coordination mechanism has been put in place to help the country repair, restore and defend its critical energy and water infrastructure. Putin had recently attacked Ukraine's energy infrastructure in particular.

US Secretary of State Antony Blinken praised Germany's commitment to Ukraine. "I can only commend what Germany has done in defense of Ukraine over the past almost nine months," he said. Germany is one of the most important donor countries, in terms of arms deliveries and humanitarian aid.

On the China-Taiwan conflict, the G7 stressed: "We reaffirm the importance of peace and stability across the Taiwan Strait and call for the peaceful resolution of cross-strait problems." Beijing has repeatedly threatened to take the island's democratic republic militarily if the Taiwanese resist peaceful "unification".

The G7 emphasized that they would strive for "constructive cooperation with China" insofar as this was "possible and in our interest". This applies in particular to global challenges such as peace and security, global health, the climate crisis and the conservation of natural resources. At the same time, the G7 countries expressed their concern about China's human rights violations.

Cooperation with Africa on food and energy

After a meeting of the group with African partners, the final paper states that they will continue to work with them, for example on the development of agricultural, food and energy systems. People are appalled at the human rights violations against civilians committed, for example, by the "Wagner" mercenary group linked to Russia. There was concern about the growing presence of Russian-linked forces in Mali and elsewhere on the continent and its potentially destabilizing effect.

1 US midterm elections: The "Big Lie" is alive:... 2 Bundesliga: Perfect return for Hofmann in Gladbach... 3 Goslar: A dead and completely burned out car in an... 4 13th match day of the Bundesliga: Joker goal in stoppage... 5 Matchday 13: Mönchengladbach celebrates victory when... 6 "The Gentlemen": The cast for Guy Ritchie's... 7 Sporting goods manufacturer: Puma boss Gulden could... 8 Climate protests: Dead cyclist: UN calls for responsibility 9 Conference venue in Münster: Foreign Office had the... 10 "Westworld": There will be no further seasons 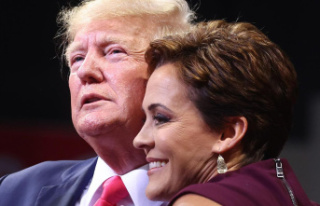 US midterm elections: The "Big Lie" is alive:...