While the 145 New Year's Eve rioters arrested in Berlin have been released, the political debate about violence against the police and rescue workers continues to gain momentum. 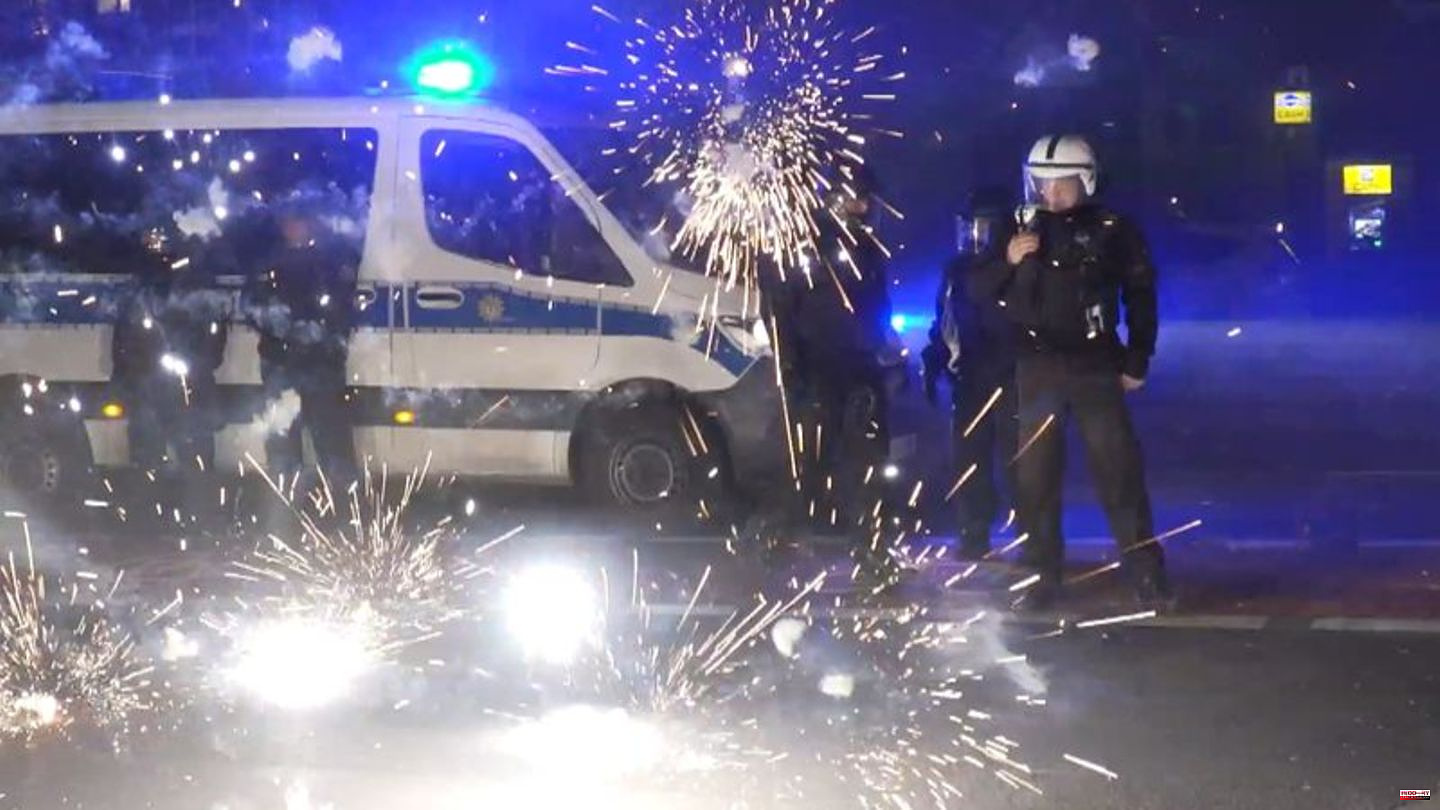 While the 145 New Year's Eve rioters arrested in Berlin have been released, the political debate about violence against the police and rescue workers continues to gain momentum. In order to prevent such attacks in the future, a round table with politicians and practitioners as well as new approaches in integration policy are needed quickly, the police union (GdP) demanded.

"We need this debate immediately, and we need results, clear concepts and a plan of who has to implement what," said GdP federal chairman Jochen Kopelke. A night of action with shocking incidents like the one on Sunday night shouldn't be repeated next year, he emphasized, "so the time frame is set."

Police released more information Tuesday night. Accordingly, 145 people were provisionally arrested in connection with the riots, most of them men, as a police spokesman said. He thus confirmed media reports. All suspects were released after the police measures were completed.

A total of 18 different nationalities were recorded. 45 of the suspects are German nationals, 27 are Afghan nationals and 21 are Syrians. The number of those arrested was originally given as 159. There were double counts, said the police spokesman. The numbers are still provisional.

On the night of New Year's Day, police officers and firefighters were attacked in several cities, including with firecrackers and rockets. The attacks were particularly violent in some areas of Berlin.

According to the police, a total of 355 criminal and administrative offense proceedings were initiated because of the riots in Berlin. Among other things, they are being investigated for breach of the peace, attack on and resistance to law enforcement officers and rescue workers, dangerous bodily harm and causing an explosive explosion.

It is not yet known how many of the 41 police officers injured in action were temporarily off duty. The spokesman only said that a police officer who had suffered serious burn injuries has now been released from the hospital.

In many cases, "group dynamic processes, alcohol abuse, socialization deficits and the availability of pyrotechnic objects led to this startling escalation," said GdP chairman Kopelke. At the same time, he warned against "generally labeling people and declaring them lost". People in the affected parts of the city must condemn the attacks and find ways to prevent such acts in the future. The police can advise here, but they cannot solve the problems alone.

The GdP boss demanded: "The federal government must live up to its coalition agreement and take a new approach to integration policy at federal level." In addition to politicians and the police, rescue workers, scientists, social workers and integration officers should also take part in the round table he proposed.

The federal government's integration commissioner, Reem Alabali-Radovan (SPD), told the newspapers of the Funke media group: "The acts of violence and targeted attacks against emergency services are heinous and must be punished quickly and consistently with the full severity of our constitutional state." She added: "We need to judge perpetrators based on their actions, not based on their assumed origins, as some are now doing."

The integration officer for the Berlin district of Neukölln, Güner Balci, said on Deutschlandfunk that in large city districts "with difficult social problems" it can be observed "that we have children and young people who grow up with domestic violence as part of everyday life". Although these young people are only a minority in these districts, "one is enough to terrorize an entire house."

DGUV: Berlin is no exception

"The riots in Berlin were extreme. However, the capital is no exception," said the chief executive of the German Social Accident Insurance (DGUV), Stefan Hussy. Firefighters and relief organizations have been complaining for years about increasing verbal and physical violence during operations. He called for resolute political action and said: "There must be no ban on thinking in the discussion about security concepts - the handling of firecrackers must also be examined here."

The Hamburg FDP parliamentarian Sami Musa said: "According to the security forces, many of the attackers are young men with a migration background." This is also a shock for the vast majority of well-integrated migrants in Hamburg. There are integration problems in parts of the city. The Senate must tackle this instead of thinking about firecracker bans.

Berlin's governing mayor Franziska Giffey (SPD) called for a nationwide debate on Monday about the consequences of the attacks on the police and fire brigade on New Year's Eve. Giffey pointed out that Berlin's Senator for the Interior, Iris Spranger (SPD), will chair the conference of interior ministers in January and has already promised to address the issue there.

The domestic spokesman for the Union faction in the Bundestag, Alexander Throm, sees this as a diversionary maneuver. He said: "The Red-Red-Green Senate in Berlin should not shift its responsibility to the federal government." If necessary, the federal states, which are basically responsible for averting danger, together with the municipalities, could already take measures today to set up local fireworks ban zones.

However, the reason for the escalation on New Year's Eve in Berlin lies deeper. "We have to analyze exactly who the perpetrators are and where this high level of disrespect for the state and its police and rescue services comes from," said the CDU politician. This also has to do with the fact that the Berlin state government has looked the other way for far too long when it comes to crime-prone areas.

1 Heilbronn: head-on collision with two injured on the... 2 2. Bundesliga: Kleindienst only partially completes... 3 Portugal's superstar: "Marca": Ronaldo... 4 Sophia Thomalla on Till Lindemann: He is one of "the... 5 USA: Congressional election: McCarthy also fails at... 6 Overpopulated capital: One million yen per child:... 7 USA: Election in Congress: McCarthy also weakens at... 8 Emergency: Fire brigade saves young dog in Regensburg... 9 Dangerous New Year's custom: Again accidents... 10 Beauty trends 2023: This is how we will do our make-up... 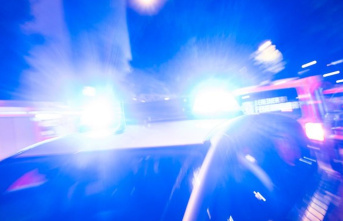 Heilbronn: head-on collision with two injured on the...